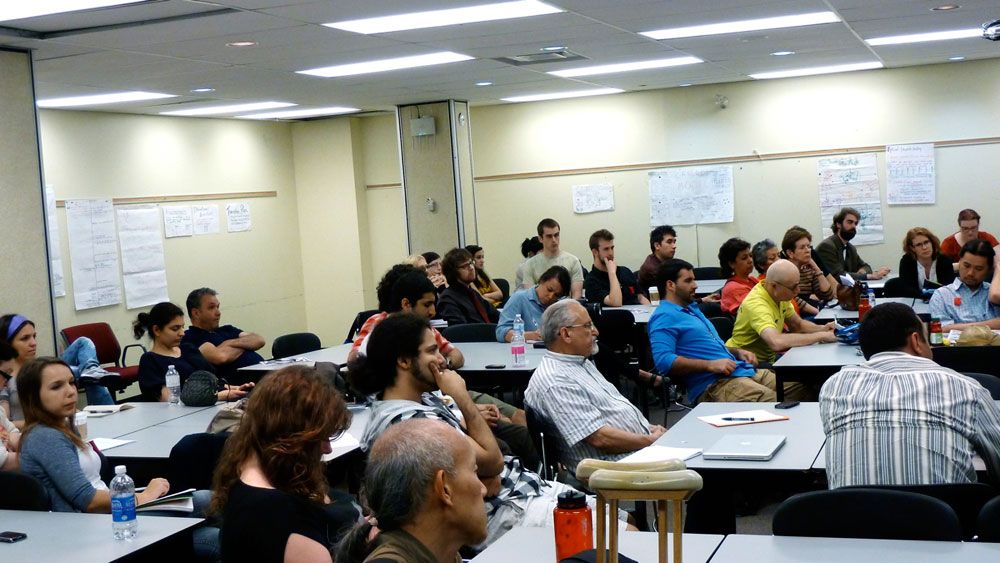 On 23rd May, a group of approximately 50 people gathered on a Wednesday evening in downtown Toronto to hear Fred Weston, the managing editor of In Defence of Marxism, speak on the crisis in Europe. Aside from the faces of the dedicated activists who are present at most Toronto rallies and events, there were many new faces, especially from youth. The presentation by Fred was very insightful in regard to the enormity of the financial and political crisis, but at the same time positive in terms of the way forward.

Fred went into great details outlining the depth of the crisis in Greece.  He related the desperate challenges faced by working-class Greeks, including individual shopkeepers.  Fred stated how the suicide rate in Greece has skyrocketed as a result of people no longer being able to find jobs or even afford basic foodstuffs.  And, the situation is little better in the rest of Europe, including Spain, Italy, Portugal, France, and even Britain.

The enthusiasm of the crowd was the high point of the event. People were sympathetic to the plight of our brothers and sisters in other countries, but also optimistic that there is a solution. The issues in Europe were linked to ones across the world including the problems of police repression, and austerity faced by people in Canada. When Marxist alternatives such as the nationalization of corporations were put forth, there was affirmative nods and applause from the audience.

Numerous contributions from the audience, and within Fred’s sum-up, outlined how the world has entered a revolutionary epoch.  The breakthrough by Syriza in Greece, the spread of the Arab revolutions, and even the development of the Quebec students’ movement all show the possibilities for organizing a fight-back against capitalism. 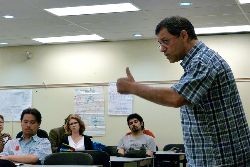 Furthermore, people's dedication and interest was evident in their willingness to further their own knowledge on relevant topics. About two dozen literature materials (small booklets, papers, and books) were purchased, as well as over $150 collected to help pay for Fred’s tour across central Canada. The working class, making up the majority of the population, is fed up with the corporate solution and is looking for alternatives.

Fred’s tour continues with events in Montreal on Thursday, Ottawa on Friday, and a final Montreal event on Saturday.

To get involved in the fight against capitalism, contact us!

For more pictures from Fred's event, visit our Flickr site.