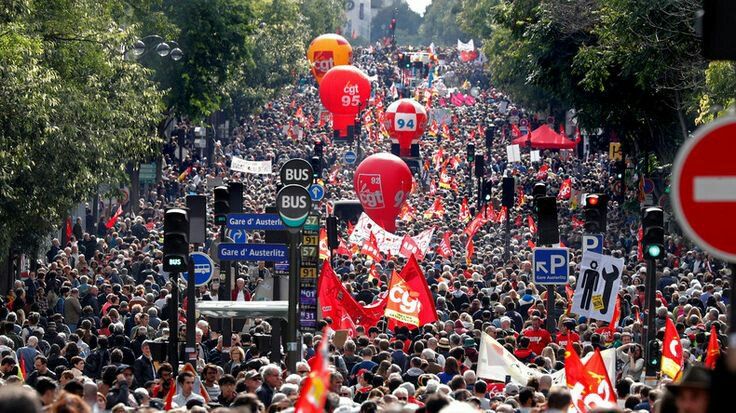 At the time of writing these lines, the outcome of the struggle that began on 5 December is still uncertain. The government has made clear that it will not back down on the key elements of its “reform” (a counter-reform, in reality). Faced with this, the striking workers have demonstrated exemplary courage and militancy.

Whatever the immediate outcome of this struggle, the rail and Paris transport workers – the backbone of the movement – are showing the entirety of the working class how to fight. That is an asset of this movement, which will have a positive effect on the future development of the class struggle in France.

A conflict of this nature widens the gap between the two main social classes: the bourgeoisie and the proletariat. The bourgeois wholeheartedly support their government and make this known every day in their media, through the mouths of their journalists. Day and night, we are fed a torrential rain of lies and slanders. The proposed pension cuts are presented in the bosses’ media as the epitome of “fairness” and “social progress”, while the strike is painted as the work of a godless and lawless “privileged” layer of the people.

Despite this continuous flow of reactionary propaganda, the strike is widely supported by the mass of the working class. This shouldn’t surprise us. The workers did not need to read the Delevoye report to figure out that this reform is in the same spirit as the rest of Macron’s policies. Its aim is to make the rich richer, to the detriment of everyone else, starting with the poorest in society.

The government has of course tried to sow confusion by only revealing one part of the reform. But taking the working class for fools is a grave mistake. No one could possibly believe that, all of a sudden, the President of the Rich has decided to dedicate himself to improving the lot of the workers and the poor. 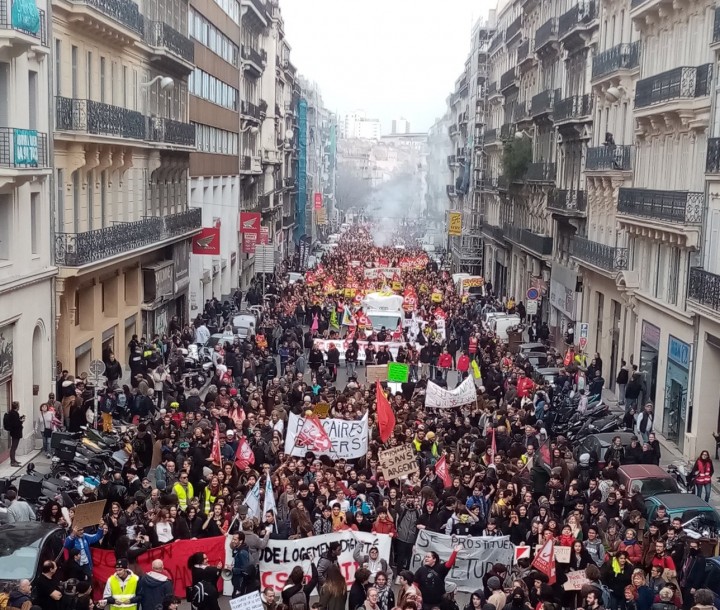 The strike has high public support / Image: fair use

So, while it is possible that the government might win this battle, it certainly won’t be because it has convinced a majority of workers. It will be because as of right now, at the beginning of January, the level of mobilisation of our class is insufficient to make the government back down. As we wrote on 12 December:

“Macron will only back down if the wave of indefinite strikes is continuously being extended to more sectors of the economy; that is to say, only if the government starts to fear that the mass struggle could become uncontrollable and orientate itself towards an unlimited general strike – in other words, towards a revolutionary crisis.”

This might seem exaggerated but it is in fact the logical conclusion drawn from the experience of the last 20 years – and especially of the big struggles in 2010 and 2016. The organic crisis of capitalism is pushing the French ruling class to attack all of the gains made by the workers through struggle. The system obligates the bosses to do so. In this relentless offensive, the bourgeoisie is ready to fight, come hell or high water.

On its own, the rail workers’ strike cannot make the government give in. Those workers, as militant as they are, cannot hold the fort indefinitely. The government knows this and is counting on a gradual ebb of the mobilisation in the transport sector. The key to our victory lies therefore not so much in the duration of the strike, as in its rapid extension to other sectors of the economy. If the strike movement in the oil refineries develops and consolidates itself, this will of course weigh heavily in favour of the workers but it is unlikely that this will be enough. Other areas – both in the public and private sectors – will doubtless need to join the strike, in order for the government to begin to fear a generalised upheaval. A mass mobilisation of the students and youth would contribute to this dynamic.

We firmly reject the attacks on the CGT coming from the right wing and the government. By way of the CGT, these attacks are targeting the most-militant elements of our class. However, this shouldn’t stop us from formulating some criticisms of the strategy and programme of the CGT leaders. In doing this, our only goal is to state what, according to us, the conditions of victory are.

On 19 December, Philippe Martinez (CGT General Secretary) announced an “interprofessional day of action” for the 9 January. Without explicitly calling for a “truce” over the holidays (as Macron had urged the unions to do), Martinez de facto postponed by three weeks the possibility of expanding the strikes. This created an understandable unease in the rank-and-file of the movement, especially amongst the RATP and SNCF workers, who had by then already been on strike for 14 days. 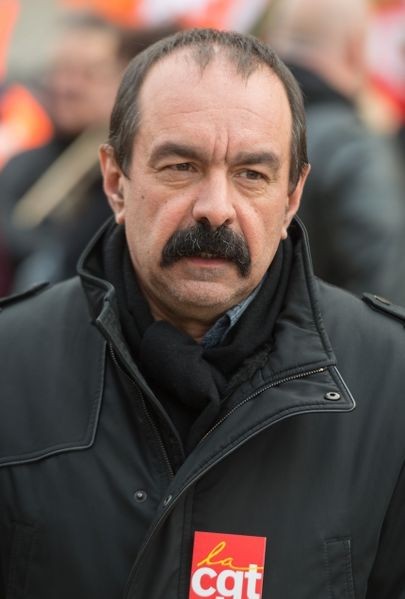 The CGT did not enter this fight with a battle plan to extend the struggle to wide layers of the working class / Image: Mister NK42

The transport strike held steady during the holidays. Very militant manifestations were even organised. But the question of the movement’s perspectives remains to be answered. It is not enough to say that “the movement will continue” until the government backs down: this simply isn’t realistic. Once again, faced with the current movement, where only a small number of workers are on strike, the government will not back down. It will count on the movement slowly exhausting itself. This is what the CGT leaders should systematically be explaining to all the workers.

Or rather, the CGT leadership should have explained this long before the 5 December, within the framework of a vast agitational campaign conducted throughout the ranks of the working class. Thanks to such a campaign, the CGT organisers could have gotten an idea of the relative militancy of the different sectors. Then, if the appropriate conditions were present, they could have come up with a detailed battle plan, aiming to mobilise first and foremost the most receptive sectors and then to involve others in the movement, etc.

None of this was tried, or even envisaged. On the contrary, for 18 months, the CGT leadership participated in countless “consultation” meetings with the government. Macron’s only objective with these meetings was to make the masses believe that the government was “discussing”, “listening”, “negotiating” – in short, that “social democracy” was in full swing and that consequently, workers didn’t need to prepare for a struggle.

The CGT leaders must stop going to these meetings. They are counter-productive. They should turn towards the masses, explain to them the conditions of victory and do everything in their power to extend the strike to new sectors. Time is ticking away!

The other weakness of the movement is its programme. By limiting the objectives of the movement to the scrapping of the pensions reform, the CGT leaders and the left-wing parties are effectively limiting the movement’s potential. In reality, for many workers, going on strike indefinitely involves accepting not only wage losses but also workplace sanctions. They will only come out on strike if they feel that what’s at stake is worth taking the risk. But the government has taken care to give “guarantees” to the oldest workers. And when it comes to the youngest workers, they are hesitant to mobilise against an attack the effects of which they won’t feel immediately, given that they have so many other burning problems.

Macron's government must be replaced by a government of the workers / Image: fair use

In the context of a deep crisis of capitalism and generalised social decline, workers understand that fighting against this or that reform will not be enough to solve their problems. Many are sympathetic to the current movement but they aspire to more radical change. To mobilise these layers of workers in a movement as tough as an indefinite strike, they must have the perspective of profound change. In other words, the struggle has to be conducted on the basis of a programme that goes on the offensive and, rather than simply defending past gains, demands a rapid and significant increase in the standards of living of the masses. Additionally, since it is clear that Macron will never implement such a programme, overthrowing his government should top off the list of demands of the current movement. This government must be replaced by a government of “the people”, that is to say of the workers.

This is not a utopian proposal. In the current context, this strategy and this programme are the only realistic way forward. Experience will prove this.