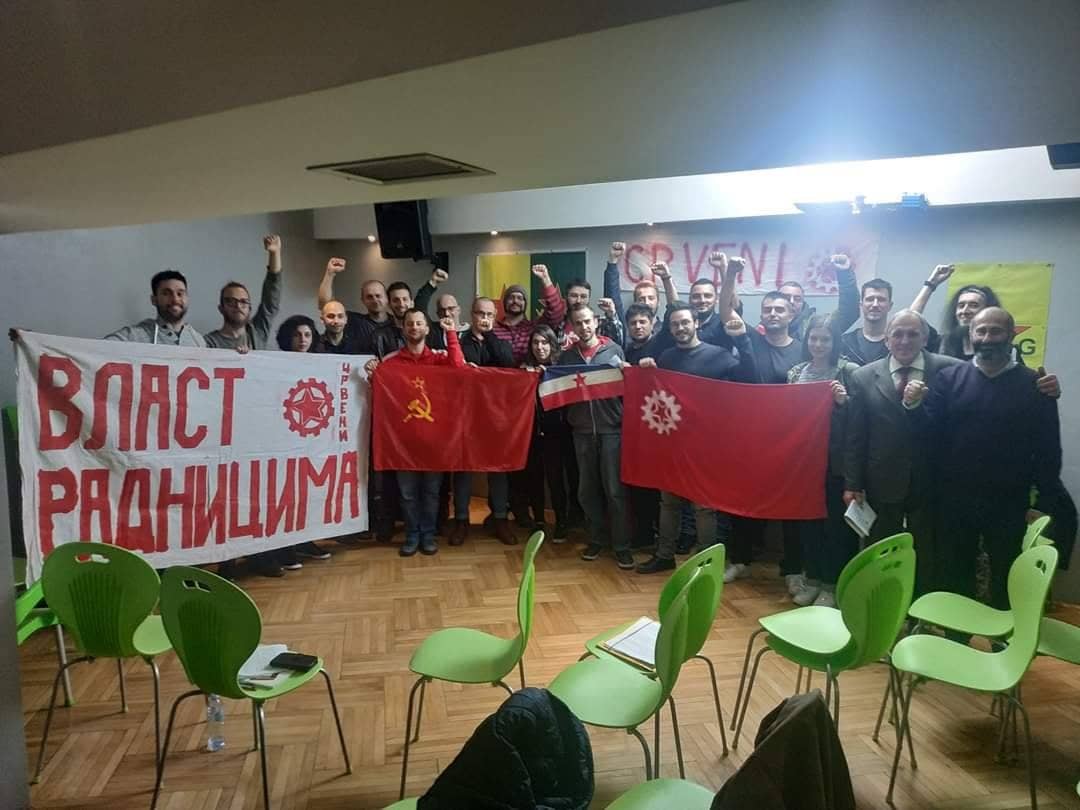 The first congress of the Marxist Organisation Crveni (Reds), the Yugoslav IMT, took place on 16-17 November. At the congress, we discussed, amended and voted on our organisational and financial documents, as well as on the Yugoslav Perspectives (with a particular focus on the situation in Serbia, Bosnia Herzegovina and Macedonia), and we expanded our Programmatic Foundations. The congress also voted to apply for full membership in the IMT. The 21 delegates present at the Congress, from Bosnia and Herzegovina, Serbia, and Macedonia, also elected a new Central Committee of the organisation. A representative of the IMT was present, along with several guest contacts and friends of the organisation.

Read the original in Serbo-Croatian |

Our first congress is of great importance for our work and the future of our organisation. The vivid and in-depth discussion on key documents represents, on the one hand, a response to new circumstances in our society, and, on the other hand, marks a new period for our organisation, in which our structures are stronger, and our line and our goals are better developed and clearer.

Furthermore the unanimous decision to become a full section of the IMT, to which we have de facto belonged since our early days, is another important step in our work. As an organisation based on the heritage of proletarian internationalism, which seeks a worldwide socialist revolution, we are aware of the fact that we need to be connected to our sister organisations worldwide and actively take part in the development of the workers’ movement, locally and on a world scale.

The mood in the congress was of sober enthusiasm. Only through the persistent work on increasing our theoretical and practical level, building of cadres, and striving to overgrow the existing structures, and to reach a higher organisational level, we can become a serious political force of the working class, capable of integrating in our ranks the most progressive layers of workers and youth and build a class revolutionary alternative to the dysfunctional and parasitic statelets in the former Yugoslavia. Our Congress has laid the foundation for our further work, and now we are returning to that work with new strength and decisiveness.