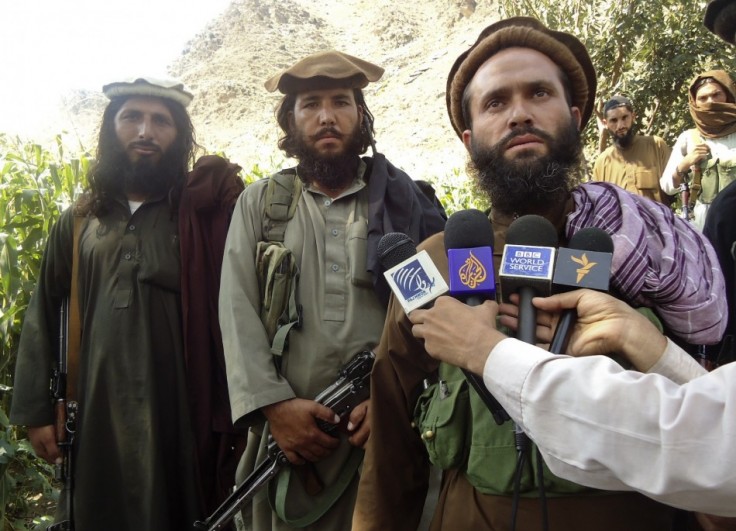 The attack by the Taliban on a school in Peshawar, Pakistan, on Tuesday 16th December 2014 was perhaps the most barbaric and brutal attack carried out by the fundamentalists to date. It was to be the deadliest terrorist attack in Pakistan in memory, claiming 141 lives including 132 children. On top of this over 125 people had been injured, predominantly children.

The attack did not come out of nowhere. Since August the Pakistani army has been carrying out an operation against the Talibans in Waziristan where the Taliban are strong, and in Karachi, where the army has been trying to dislodge the Taliban from areas of the city which they control. The attack on the school was clearly a barbaric response by the Taliban of revenge, and may even be an attempt to put pressure on the Pakistani government and armed forces to call off or moderate the operation in North Waziristan and Karachi.

Who are the militants?

Who are these Taliban who wage war on defenceless school children? They feel no shame, or feel the need to hide away, as they are utterly shameless. The Pakistan Taliban has claimed responsibility for this act of bloodthirsty savagery.

A spokesman for the Tehreek-i-Taliban Pakistan (TTP) accepted responsibility for the attack. Their spokesman told reporters from an undisclosed location that the attack was carried out in retaliation to the military operation in North Waziris­tan and the killing of militants in government custody. All nine fanatics who took part in the attack have been identified, the official said.

The Taliban counterrevolutionaries are particularly opposed to women playing any role in society other than that of domestic slaves. They wanted to prevent girls from going to school. Such is their fanatical hatred of learning that they have destroyed or attacked over 1,030 schools and colleges in just one province, Khyber-Pakhtunkhwa, from 2009 to 2013.

Pakistan is literally falling apart, with weak infrastructure that is in a perpetual state of decay. Power outages of up to 22 hours a day in the rural areas; water shortages; a transport system in a state of collapse; ever rising unemployment and widespread poverty increasing on a daily basis: this generalised state of decay is now eating away at the state itself, with national and religious widespread conflicts.

The ruling elite see no other way of holding on to power than to provoke division after division among the people in the hope of weakening the impoverished masses.

For more than a decade the country has faced many attacks affecting over 50,000, but never before have the attackers mowed down so many children. The sense of shock in Pakistan is unprecedented. Pakistani armed forces have suffered more than 16,000 casualties fighting Taliban extremists in the tribal areas since operations began.  The impact on the economy has been devastating, with some estimates that, over the last 12 years, the economy have suffered a loss of $100 billion in the so-called "war on terror" since 2001.

Reactionary movements like the Taliban are intimately linked to the landlords and capitalists. They defend the interests, not of the poor, but of the wealthy merchants, money-lenders, landlords and drug smugglers. It is an open secret that they are financed, armed and, to a great extent, controlled by elements in the Pakistan state and the notorious intelligence service, the ISI.

The army, after the Peshawar attack, will go after the Taliban with renewed vigour. But whether the double game is really over is another question. There are many Islamist groups and sub-groups. Managing and using them, dividing them into “good” and “bad,” according to the needs of the moment, has been a way of life for the Pakistani security establishment

The struggle against imperialism and Islamic fundamentalism can only be successful if it is led by the working people under the guidance of a revolutionary Marxist party. The real way to defeat these barbaric monsters and imperialism is to root out their points of support – the corrupt landowners and capitalists. The fight against the foreign oppressors can only be successful if it is linked to the overthrow of landlordism and capitalism.

The Pakistan Trade Union Defence Campaign (PTUDC) has consistently exposed the close connections between the Islamic fundamentalists and the Pakistani state. That has earned them the undying hatred of the Taliban, who fear, quite correctly, that the spreading influence of revolutionary Marxism is undermining them. 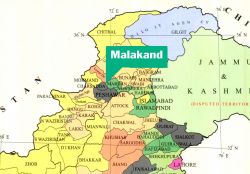 In Pakistan, and particularly in Khyber Pukhtoon Khwah, PTUDC comrades have organized the local masses against these reactionaries. As a result many comrades have been the victims of fundamentalist terrorism. Recently one of our comrades, Gufran Ahmed, a national leader of the PTUDC in Malakand, narrowly escaped a Taliban hand grenade. Another comrade Riaz Hussain Lund, a national president of the PTUDC in Karachi, ended up being riddled with five bullets. Luckily Riaz Hussain Lund was promptly taken to the hospital where he went under emergency surgery and is now recovering. This was not the first time that Riaz Hussain Lund has been shot - a few years ago he was shot and wounded by gunmen from the fascist MQM party in Karachi.

Every class conscious worker in the world will keenly feel the tragedy of young school children bring shot down in cold blood by cowardly assassins.

These vicious attacks, whether they are against unnamed innocent school children or on our comrades, will not deter us from our task. Nothing will stop us from exposing the baseness and cruelty of our enemies, which is in reality the distilled essence of the baseness and cruelty of the society that spawned these monsters. This will strengthen and steel the resolve of our comrades in Pakistan to continue the fight for which comrade Gufran and Riaz made such a great sacrifices. 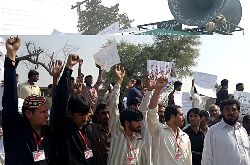 The PTUDC was relaunched in April 2013. Since then the campaign has made steady progress, with a number of trade union branches and trades councils affiliated in Britain. The campaign has enormous potential and sadly we have not realised this potential. The attack on the school in Peshawar and the subsequent massacre of school children has placed Pakistan once again in the headlines. This is the time to take the PTUDC campaign into the labour and student movement: to discuss the economic and political situation in Pakistan; to highlight the courageous work of PTUDC comrades in Pakistan; and to ask for concrete solidarity from trade union branches, regional and national trade union bodies, as well as student unions.

We are requesting that our readers raise the issue at your local, regional or national body and ask for formal affiliation, and to send letter or emails of protest to various people in Pakistan demanding that action be taken to find the perpetrators of the assassination attempts on the lives of Riaz Hussain Lund and Gufran Ahmed. The more emails that are sent, the more we will make those in power realise that they are being watched as regards the way they react to the attempts of PTUDC members' lives.

PTUDC will be more than happy to provide a speaker to your organisation or to your members if requested. If you need a speaker please contact us at ptudc@hotmail.com.

This trade union branch wishes to express its continued and determined support for the Pakistani Trade Union Defence Campaign (PTUDC) in light of their recent appeal for expressions of solidarity with Pakistani Trade Unionists who have been attacked in the last few weeks.

Send letters of protest to the following addresses:

3. For a list of Pakistan embassies and consulates see:
http://embassy.goabroad.com/embassies-of/Pakistan

4. Send copy of letters to: editor@marxist.com