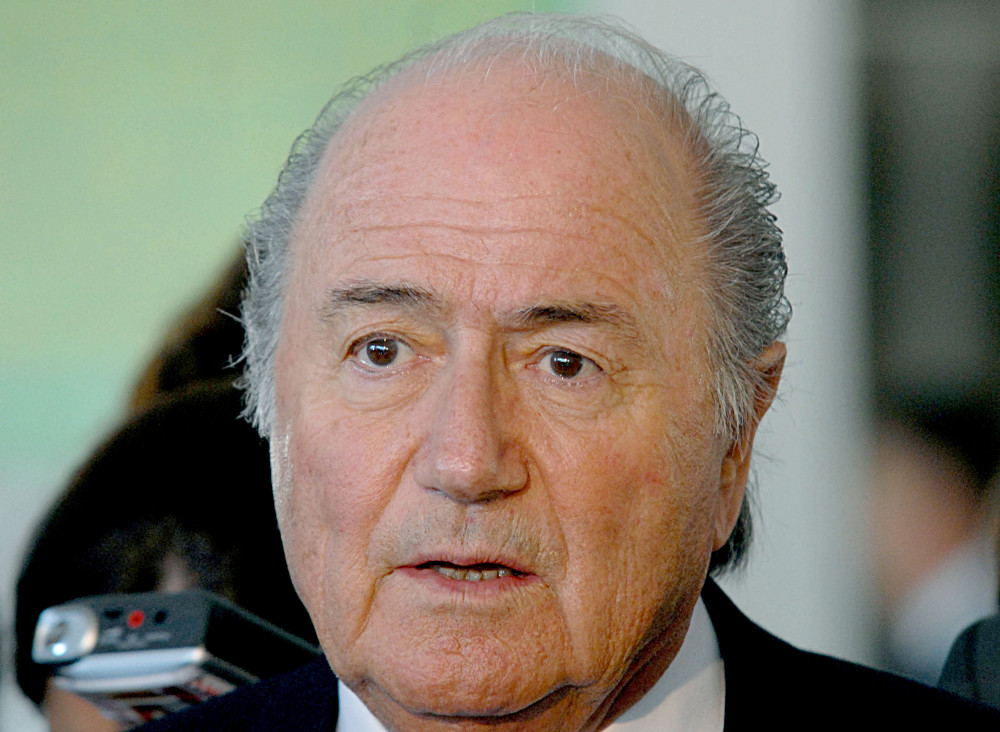 The shocking revelations that certain officials from Qatar had allegedly bribed their way to a successful FIFA vote to stage the 2022 World Cup, football’s highest competition, will not come as a surprise to anyone.

Such rumours have been widely circulating since the vote itself took place as more and more people raised serious concerns about how it was possible for the FIFA executive to choose Qatar as the host nation by a massive 14 to 8 margin. The Qatar bid had been marked down before the decision by FIFA officials as having a high-risk element to it, not least since it is hardly a footballing powerhouse and the tournament would have to be staged in expected temperatures of 50 degrees centigrade. Indeed, despite all the concerns, no one seemed able to actually explain why so many executive members had chosen Qatar above other better-placed countries. Almost immediately, foul play was suspected. After all, FIFA have had form on this.

Just what is FIFA? The Federation Internationale de Football Association is the world body responsible for football and all its competitions. Based in Zurich, where it can hide behind Switzerland’s financial laws, it has exerted tremendous power over the years. It is said that the second body any new nation will apply to join after the United Nations is FIFA. Even the Olympic organising body does not carry as much weight as FIFA, although the IOC has had its share of scandals also.

Naturally, FIFA has developed strong ties with a number of big companies over the decades as part of the “FIFA family” as they like to describe themselves. With such close big business links it wasn’t long before corruption reared its head. In 2006, the “cash-for-contracts” scandal exploded involving FIFA officials and the FIFA marketing partner ISL. Former FIFA president Havelange has been repeatedly indicted over bribes adding up to over a million dollars we are told.

Also implicated has been former General Secretary, and now President, Sepp Blatter. Yet despite all the allegations over the years, Blatter has amazingly managed to stay ahead of the hunting pack and has indeed enjoyed re-election in 2002, 2007 and 2011. How has he achieved this feat? Well, the FIFA congress responsible for the election of FIFA officials operates on the basis of one-national association, one vote. So even the smallest country carries the same voting weight as say France or Italy.

A quick look at the men and women who make up the delegations to congress shows what sort of people we are dealing with. Most have no real connection to football or any sport whatsoever, but rather seem to be there on the basis of nepotism.

Not unsurprisingly, it soon became clear to Blatter and others that cultivating the votes of the national federations of the smaller countries, with appropriate inducements to show how much the FIFA family of football loved them, would get the required votes at congress.

In a body so awash with dodgy dealings and internal shadyness, it was only a matter of time before someone started a process of winning a World Cup vote by less than scrupulous means. Few countries were better placed to do that than Qatar, we are now led to believe. So step forward former FIFA vice-president Mohamed Bin Hamman and his £3 million slush fund, ready to shape the vote of the EC members. Hamman got dumped from FIFA after being caught trying to bribe voters to get himself elected as FIFA president. Yet FIFA has been dragging its feet as usual over investigating any further cases of corruption and have tried to hinder the efforts of FIFA investigator Michael Garcia to get to any real evidence. However these latest revelations will certainly increase the pressure on FIFA to act, hence the efforts of Blatter over recent months to distance himself from the Qatar vote.

Naturally all this will do nothing to raise the spirits of FIFA bureaucrats as the 2014 World Cup gets underway in Brazil against a backdrop of protests and organisational cockups. The media will still be doing its best to provide an upbeat presentation of the tournament with plenty of shots of smiling children kicking footballs on beaches and young women dancing to a samba beat. The reality is that those children will not be smiling later when struggling to find enough to eat, and those samba-dancing women will be marching on demonstrations demanding better pay.

The stadiums have only just been finished, with many workers losing their lives in site accidents due to poor safety standards, and the hotels have jacked up their prices sky-high ready for the arrival of the fans. Strikes and protests are the real theme to Brazil 2014.

So what is the mood in Britain, the country which (as we have been endlessly told) “invented” football? Given that many people in this country have little faith that the England team will make any real progress in Brazil, it is little surprise that the usual World Cup “fever” has been rather missing this time round. No talk of a “golden generation” this year. Seeing how much money has been poured in by the FIFA “family” of companies, all of which are expecting a good return on their investments, this is not good news for those expecting to make a financial killing once again. Endless bad news about this or that problem will not brighten their mood.

Football seems to be awash with money at the top. Assorted American and Russian “businessmen” have been buying up Premier League clubs like crazy, and oil rich countries like Abu Dhabi and Qatar (again!) have also been getting their mitts on big European clubs.

As with society in general, the rich have been getting richer and the poor poorer. Look beyond the top layer and you see more and more lower league clubs struggling to break even with players on rock-bottom wages, often facing the constant threat of being “released” at the end of a season and going on the dole.

Meanwhile, fans are being ripped off with ever-higher ticket prices, overpriced merchandise, and other costs that can easily push the cost of going to a top-flight game past the £100 mark. No wonder young people are not bothering anymore, a process that had already been commented on with concerns over an increasingly ageing attendance at many grounds.

Despite all the hype from the tabloid press and the likes of Sky Sports, the reality is that many people are now seriously disillusioned with the national game. It all seems to be about money, with staying in the Premier League and getting into the Champions League (both created just to make more money for the big clubs) the only real priorities for most top-flight clubs. After all, Cardiff City “earned” more money by coming bottom of the Premier League this year than Manchester United did by winning the league last year, such is the amount of cash now up for grabs.

Once great competitions like the FA and League Cup seems to have been downgraded out of existence. Indeed the decline of the FA Cup could easily stand for all that is wrong about how the game is run today. Once upon a time, playing in an FA Cup final was the highlight of a player’s career. Talk about the game would dominate peoples’ minds for weeks beforehand with match programmes and special magazines on sale in newsagents. On the day itself the streets of England would be empty as everybody sat down to watch the game as a shared national event. Now it is shunted away onto an early-evening kick-off time and treated as just another game to be quickly forgotten. Fans wishes are ignored. The only ones with a voice are the TV companies and big business.

The World Cup vote-rigging scandal; the constant stream of dodgy-dealings at FIFA; the corrosive influence of the moneymen on the Premier League; the endless exploitation of supporters who are just seen as walking credit cards: all are part of the same problem.

Football at national and world level is a sport, but it is also an industry, generating huge profits for its owners and those who leech off it. The time has come to reclaim the game.

Our clubs – and they are our clubs since we generate all the money they so enjoy – need to be taken into public ownership and used for the good of the local communities, with elected bodies of players, coaches and supporters collectively deciding what happens, not some businessman communicating by mobile phone from a yacht in the Med.

The administrative bodies of football, at both a national and international level, need to be totally overhauled, with the cronies and “men-in-blazers” booted out and again replaced with elected players, coaches and supporters who can run these bodies in the way they were intended to be run, rather than as private clubs or adjuncts to big business.

Of course, the capitalist paymasters who have such a grip over the game will never agree to this, but then again our task is not just to reform football but to change society totally along socialist lines. The rotten state of football is just another indication of the rotten state of class society and serves to underline the need to fight for a socialist programme and show capitalism the red card.

Source: FIFA corruption and Brazil 2014: the ugly face of the beautiful game