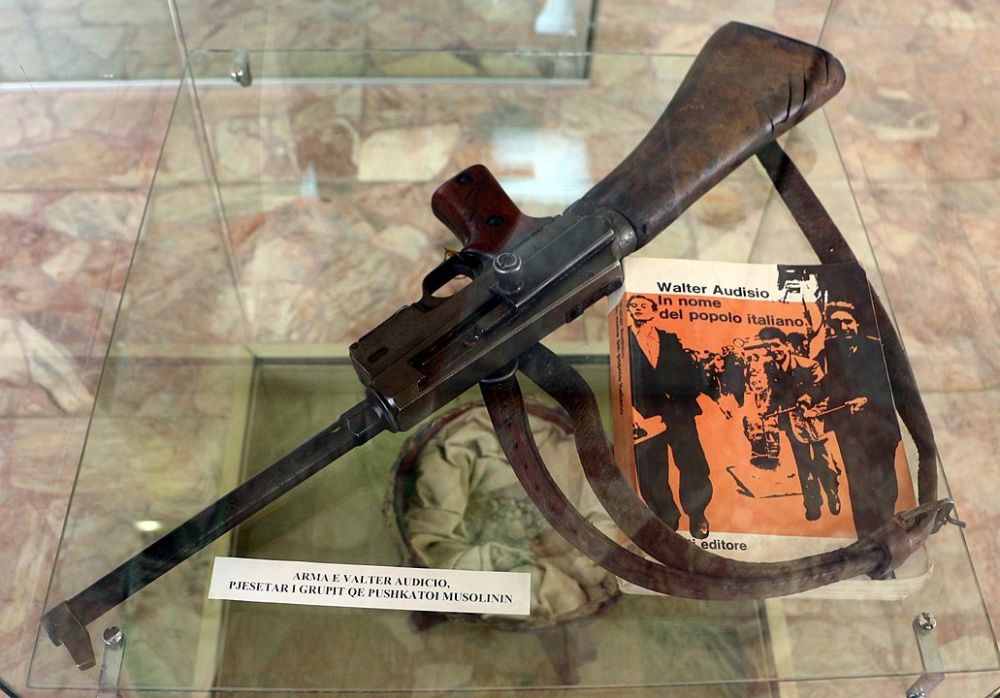 Share
Tweet
When Mussolini was removed by a palace coup in July 1943 the masses came out onto the streets, rejoicing at the fall of the hated dictator. Ted Grant wrote an article shortly after those events stressing that this was the beginning of the revolution in Italy and beyond.
Mussolini is gone. Fascism in Italy is dead. This fact has filled with rejoicing the masses of workers and peasants in Italy. It will be greeted with jubilation by the working class throughout the world. The fall of Mussolini is the first of great events that Europe and the world will see in the coming years. It marks the beginning of the revolutionary upsurge in all the countries of Europe. Hitler can see in the fate of Mussolini the foreshadowing of his own doom.

The capitalist press in Britain and America has hypocritically greeted the fall of the tyrant. Churchill has hurled epithets at Mussolini. But we remember the paeons of praise he bestowed upon him in 1927, when in a press interview he said how "charmed” he was, “by Signor Mussolini’s gentle and simple manner, and by his calm detached poise in spite of so many burdens and dangers." We remember also how he praised Italian Fascism for "the service your movement has rendered to the whole world."

In spite of their hypocritical rejoicing, Allied Big Business look, with watchful anxiety on the developments in the Italian peninsula. The puffed up bullfrog of the Pontine Marshes, as the Social workers called Mussolini, has passed out of history in the most ludicrous and inglorious manner. In the hour of danger, fascism has found not a single supporter out of its boasted legions throughout the length and breadth of Italy.

Although it has come in a way unexpected to everybody, the fall of the “Duce" and of fascism is not at all surprising and was anticipated and predicted by the Marxists. The fascist regime, which by bestial terror against the Italian workers and peasants, held them in the totalitarian straightjacket for so many years, was already in an advanced stage of disintegration and decay. The period of more than two decades during which fascism held power in Italy had been the means of exposing it completely in the eyes of the masses. The corruption and misgovernment, the hunger and want which fascism had brought the toilers in Italy had already placed an irrepressible strain on the regime. It was in an attempt to stave off the brewing revolt of the workers, and peasants that Mussolini in desperation launched the war against Abyssinia, and sent the Italian troops to Spain to fight the Spanish republic. But these wars and the conquest of the “African Empire" did not alleviate the misery of the Italians but actually intensified it.

The entry of Italy into the present war provoked no enthusiasm among the population. The workers and peasants of Italy had developed an intense hatred of the regime and were completely apathetic and indifferent to defending its acquisitions and conquests in Africa. That is why the Italian soldiers did not fight very hard and surrendered without great resistance. They did not feel that they had anything worth fighting for. Twenty years of fascism had done its work. But the military defeats and the corruption and impotence of the regime began to shake it to its foundations. The masses began to stir from their long torpor. In the last few months, despite the rigid censorship, news has been leaking out of Italy telling of big strikes taking place in all the industrial towns, of minor uprisings among the peasants, of mutinies among the Italian soldiers, of demonstrations against the war and against Mussolini, despite the ruthless suppression, in all the big industrial cities. The underground revolutionary, opposition had experienced a re-birth and revival throughout Italy. Illegal leaflets, pamphlets, papers and proclamations were receiving a wide circulation among the working class, and the poorer middle class in the towns and the peasants of the countryside, according to neutral correspondents stationed in Italy. It has been obvious for some time that the regime did not have the slightest support among the people and was regarded with universal loathing. The recent speech of the Pope warning and exhorting the Italian people against resorting to revolution was an indication of the fears and alarm of the ruling class. Revolution was looming ahead. The reckoning was at hand for the crimes and impositions of fascism! The great revenge of the working class was on the order of the day.
Faced with this situation, the capitalists and landowners, the bishops and the generals, the bankers and the Monarchy — all who had subsidised Mussolini and his cut throats, who had placed Mussolini in power as a means of protecting their property and privileges, began to look frantically for a means of saving themselves.
They realise that in any event, Italy has lost the war and that German imperialism has its back to the wall. They are endeavouring to find a way out when the revolutionary tide is already up to their necks and threatens to engulf them. The fall of the major part of Sicily and the imminent invasion of Italy by Allied imperialism has been the last straw. Italy threatens to become a battlefield. The capitalists feel on their necks the hot breath of revolution.

They feel that the only means of saving themselves and salvaging something from the wreck of fascism is to do a deal with Big Business in the "democracies". Mussolini is no use to them for this purpose. The Italian people detest him and the workers of the democracies would never stand for a deal with Mussolini. For the capitalists of Britain and America it would be too dangerous. Mussolini could not serve the purpose of the capitalists any longer and had even become a dangerous incubus to them. The myth of the "leader" was easily dispensed with. With no more ceremony than that with which they would dismiss an office boy, they have booted Mussolini out. There is nothing surprising in this as Mussolini, like all fascist dictators was nothing but an obedient clerk in the service of Big Finance.
But the end of fascism will not see such an easy passage for the property owners in Italy. They are quite willing to use Mussolini as a scapegoat for their crimes. Despite them, the fall of Mussolini will act like a rock which falls down a mountain and releases an avalanche. The workers and peasants of Italy are on the march. The Socialist revolution in Europe sees its first faint dawn. Already in all Italian towns huge demonstrations are taking place. The masses have been tearing down the insignia and posters of fascism, blackshirt militia have had their blackshirts torn from their backs by the infuriated crowds, not willing to tolerate the emblems of slavery a moment longer, the jails are being assailed by demonstrating crowds and the political prisoners released. The Red Flag has been proudly carried at the head of the demonstrating workers of Milan, who now can openly proclaim their allegiance to Socialism. In spite of the severe gestures of the new military ruler Badoglio and of the King who are now in control and have proclaimed martial law, they cannot prevent the upsurge of the masses.

New waves of strikes, demonstrations and clashes are inevitable in the next days and weeks. Even a general strike is not unlikely. The masses who have rid themselves of Mussolini will not tolerate his accomplices for long. The conditions which brought about the fall of Mussolini will still exist and even grow worse. The landowners and capitalists will attempt to continue the unbearable exploitation of the masses as under Mussolini. The removal of Mussolini is the removal of the safety valve. Contrary to the expectation of the Italian ruling class it will not quieten the masses and relieve the situation but will release their pent up energy, despair and hopes and they will surge forward in the endeavour to obtain an alleviation of their unendurable slavery and obtain a better world.

The Italian ruling class is using desperate measures in the attempt to save the situation and they are relying on the Allies to provide a safeguard against their own masses. They intend behind the scenes to do a deal with Britain and America and gain the best terms they can. And already Churchill has refused to give an explicit refusal against any dealings with the new Government in Italy, and Roosevelt has condemned wireless broadcasts from America which attacked Badoglio and the King. This bares the cynicism and reveals the real aims of the democracies. For the King and Badoglio are as guilty of the crimes of fascism as Mussolini himself. It was they who smoothed his path to power and handed him control in Rome. Daniel Guerin describes the role of Badoglio and the army generals in the rise of fascism to power in Italy in his book "Fascism and Big Business":

"But it was the army above all that favoured the Black Shirts. We have seen the role played by the colonel whom the Ministry of War charged with studying the technical problems of the anti-socialist struggle. Shortly afterwards, General Badoglio, Chief Of Staff, sent a confidential circular to all Commandants of Military Districts stating that the officers then being demobilised (there were about 60,000 of them) would be sent to the most important centres and required to join the fasci, which they would staff and direct. They would continue to receive four-fifths of their pay. Munitions from the State Arsenals came into the hands of the fascist bands, which were trained by officers on leave or even on active service. Many officers, knowing that the sympathies of their superiors had been won over to fascism, openly adhered to the movement.

“Cases of collusion between the army and the blackshirts were more and more frequent. For instance, the Fascio of Trent broke a strike with the help of an infantry company, and the Bolzano Fascio was founded by officers of the 232nd infantry."
It is these fine gentlemen who now wish to don the cloak of "anti-fascism."

The workers of Britain and America have a responsibility to the workers, peasants and soldiers of Italy. Their gathering movement of revolt has caused the fall of fascism. Its impact will shake every country in Europe. The real anti-fascist revolution has hardly begun. The removal of a few figureheads does not alter the nature of the regime and the masses will never be content with this. The movement will spread and broaden and begin to affect other countries as well. But British and American imperialism will attempt to destroy the gathering social-revolution in Europe as they did in the last war, when Churchill organised the armies of intervention against the young Soviet Republic. The fall of Mussolini is the beginning of a new epoch, the epoch of Socialist Revolution. British workers must prevent the ruling class from going to the rescue of the corrupt and rotting ruling class of Italy and save them from destruction. Together with the workers of Europe in the coming epoch we must advance to the overthrow of capitalism, the Father of fascism and advance to the new society of Socialism.