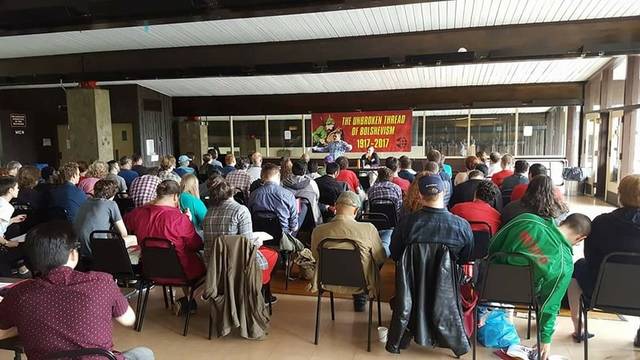 For the comrades of the International Marxist Tendency, Marxism is the historical memory of the working class. In its struggle with the bourgeoisie, the victories, defeats, traditions, and hopes of the workers are distilled and synthesized into a revolutionary theory of action. This “unbroken thread” extends back in time, an uninterrupted line of thought beginning with Marx and Engels, developed further by Lenin and Trotsky, and taken into the modern epoch by those who have worked for world revolution since Trotsky’s death.

It is by grasping this thread that generations of revolutionaries were able to hold out against the pressures of difficult times, to maintain and hold high the banner of Bolshevism.This is the reason we have access to these ideas and methods today, and can rally and build the forces of Marxism in the USA—the proverbial “belly of the beast.” No country is more central to the global market system, making it the stage for the most absurd and contradictory developments plaguing capitalism in its senile decay. 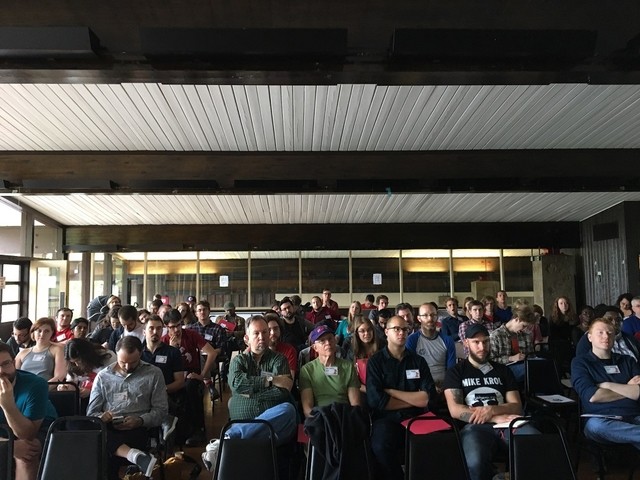 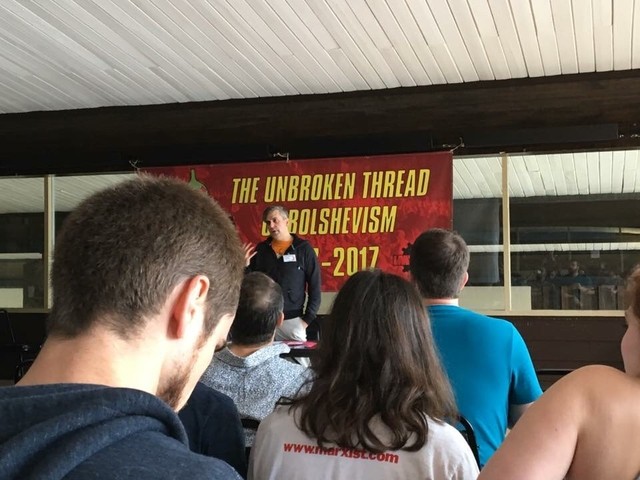 The extraordinary 2017 Congress of the US section of the IMT was called in response to the earthshaking events unfolding around us, and represents a significant new milestone in our work. We normally convene a Congress only every two years, but the events of the last 12 months necessitated a full discussion of our perspectives, targets, and tasks. Meeting the weekend of May 27–28 in Pittsburgh, over 80 comrades and sympathizers traveled from 20 cities and 5 different countries to take part in our largest National Congress yet, with the participation of more delegates than ever before. The logistical execution, enthusiasm, and high level of participation showed the rising professionalism and political education achieved by the comrades just one year since our last Congress.

After several months of preparation and discussion within the branches during the pre-Congress period, contributions during each of the sessions on World Perspectives, Perspectives for Revolution in the US, our Organizational Resolution for 2017, and discussions on Marxism and the Struggle Against Oppression displayed a keen awareness of the shifts in consciousness and conditions facing us today.

Only a few years ago, our perspectives explained that the period we were passing through could be described as the “calm before the storm”. While we are still in the stage of building the IMT in the US on the basis of the “ones-and-twos”—winning over the most advanced elements of our class to revolutionary socialism—we have now entered a period of greater instability playing out within the political, economic, and social structures of American capitalism. With the stage set for further polarization and crisis, the mood among comrades was a sober, yet optimistic sense of duty to understand and prepare for the years ahead, which will present many opportunities as well as challenges. The situation is sure to grow only more favorable for the spreading of our ideas, while the need to urgently build the organization has never been so apparent.

The first session of the Congress was led off by Fred Weston from the IMT’s International Secretariat in London. Fred began by laying out the main trends leading to the economic stagnation and political strife that has been lurching from one country to the next in the last few years.

Marx understood long ago that the measure of an economic system’s progressive character lies in its ability to develop the productive forces of society. For capitalism to justify its continued existence, it must “deliver the goods.” For the vast majority of humanity, this is no longer, and in some situations, has never been, the case. Having used up all the tools at its disposal for avoiding a crisis as occurred in 2008—such as quantitative easing and a massive expansion of credit—the parasitism of the system has now been completely laid bare. Sitting on over $7 trillion in cash reserves and further enriching themselves through purely speculative, unproductive means, the capitalists refuse to invest in real production given that there already exist too many goods in circulation than the market can absorb. This fact strikes at the heart of the capitalist system, pointing out a fundamental contradiction resulting in recurring crises of overproduction, vindicating one of Marx’s most famous statements from the Communist Manifesto:

“Modern bourgeois society, with its relations of production, of exchange and of property, a society that has conjured up such gigantic means of production and of exchange, is like the sorcerer who is no longer able to control the powers of the nether world whom he has called up by his spells. For many a decade past the history of industry and commerce is but the history of the revolt of modern productive forces against modern conditions of production, against the property relations that are the conditions for the existence of the bourgeois and of its rule.” 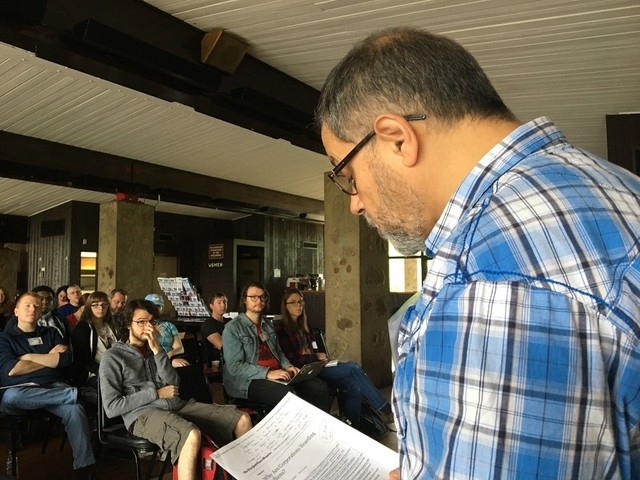 Additionally, we’ve pointed out since the beginning of the crisis that all attempts to regain economic stability will only serve to upset the fragile political and social equilibrium which the system depends on. Everywhere, especially in Europe, this perspective has continued to ring true. Among the youth, this ferment is given its earliest and sharpest expression: among countries most affected by the crisis such as Spain, Greece, Italy, and France, over half of the youth report that they would “support a large-scale uprising against the government!”

The recent and upcoming elections in France and Britain, the instability rocking Brazil, the looming economic crisis in China, the continuation of proxy wars and civil conflicts worldwide, and the result of the 2016 presidential election in the US have all been further developments which prove that capitalism is tobogganing towards ever-greater uncertainty.

With all indicators pointing towards another severe global economic downturn just around the corner, the Marxists around the world must have, more than ever, a sense of urgency in building the revolutionary subjective factor to meet with open arms the coming of the world socialist revolution.

This extraordinary Congress was called for due to extraordinary circumstances: the bourgeoisie intends to use the Trump regime as a battering ram to smash down what few walls are left between worker’s rights and hard-won benefits, and the voracious profit-making of the capitalist class. The discussion on Perspectives for the US Revolution was led off by Tom Trottier of the editorial board for Socialist Appeal, who outlined the conditions giving rise to the the Trump presidency.

While the current labor leaders have done next to nothing, or worse, to resist the administration’s agenda, a mood of furious indignation is brewing among the wider population, and the youth in particular. Not willing to sit back and watch hardened reactionaries and the most despised administration in generations win the day, and thereby pave the way for even more brutal austerity, millions of people have come out since Trump’s inauguration to protest policies which take aim at virtually everything from the environment to women’s reproductive care, immigrant rights, health care, as well as the wars on workers and the poor overseas through a continuation of the Bush-Obama era foreign policy, and more.

Above all, these attacks are linked to the impasse of the capitalist system globally. The US has dropped measurably from its undisputed place as the only superpower in the pantheon of imperialism. Whereas, the US made up 50% of the world’s total GDP in 1945, today it stands at 25%. While still the most powerful country on the planet, militarily and economically, it has begun to be outstripped by competition from the EU and China, shifting geo-political relationships in such a way as to reduce its ability to project power across the globe, namely in the Middle East. 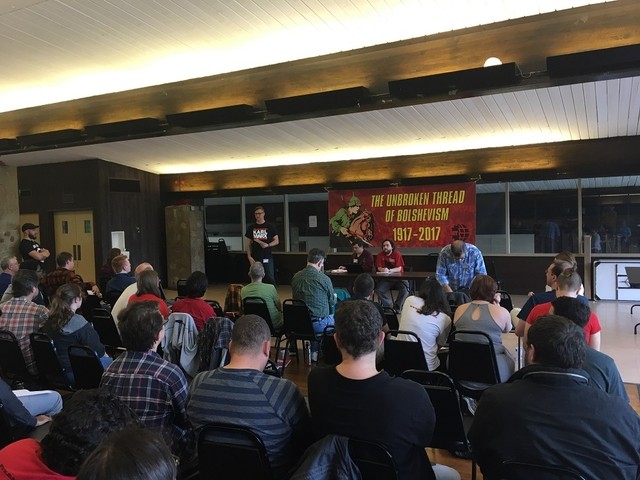 Likewise, stagnant growth rates of around half the postwar boom levels, low job growth with ever more workers finding their way into the ranks of the “permanently unemployed,” and the fact that the so-called recovery overwhelmingly benefitted the top 1%—who received around 95% of the total income growth over this period—have all found their expression in rapidly declining living standards and a generally pessimistic outlook among people towards their own futures.

With inequality reaching unprecedented proportions, this process of deterioration has given rise to the polarization—both to the right and the left—that has characterized the last year of US politics, with the dual phenomenon of Sanders and Trump, each in their own way, expressing this trend. While Sanders was defeated and ultimately capitulated to the Democratic Party machine, the Republicans and the bourgeoisie as a whole must now contend with an unreliable servant in President Trump. Though he has been brought to heel on many issues, to the point of going back on several of his more blustering campaign promises, his lack of any legitimacy has done much to dispel illusions in the capitalists’ system.

A total of 17 amendments were submitted to the US Perspectives, reflecting the vibrant and lively discussion within the branches around crafting our position and orientation going into an exciting new period of our work.

The second day focused on a range of organizational and theoretical discussions, including our Organizational Resolution which established new targets for the attainment of new full-timers, the expansion of our press to include one more issue per year, and setting growth targets to be met by the end of the year. Most notably, the comrades also voted unanimously to officially change the name of our paper from Socialist Appeal, which just published its 100th issue, to Socialist Revolution, in order to more boldly connect our ideas with a new layer of youth and workers who have drawn advanced conclusions, and are already looking around eagerly for revolutionary ideas. Watch for issue one as well as a new website coming soon! 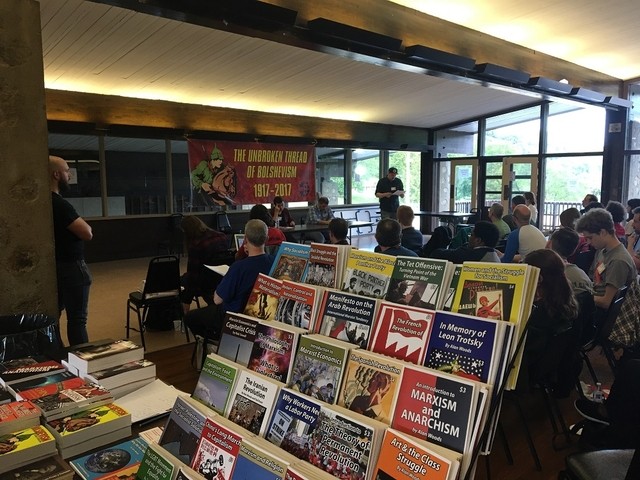 As a fantastic reaffirmation of our comrade’s commitment to build the IMT in the US, we succeeded in kicking off our Summer Collection with a new record for pledges of nearly $40,000! The members of the US section are willing and proud to make tremendous personal sacrifices to build our organization, confident that such contributions will aid in building the one revolutionary tendency capable of leading a revolutionary movement around the world. Please help support our work by making a donation in any amount!

In addition to an exciting report on the work of the IMT around the world and a moving commemoration of the 1917 Bolshevik Revolution, the Congress ended with the singing of the Internationale in many languages and versions, followed by the rousing opening verses of Bandiera Rossa. Comrades discussed passionately before, after, and between each of the sessions, sharing experiences, advice, and relating stories from their efforts to build the IMT in all corners of the US. 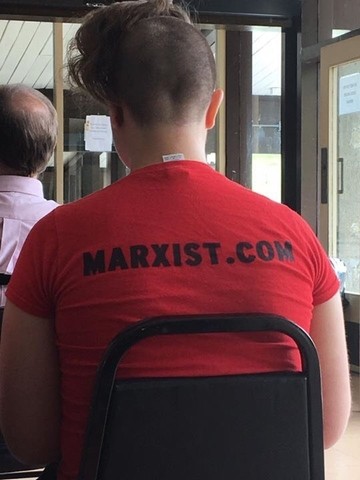 The future looks brighter than ever for socialism, and humanity’s potential to achieve it has never been greater. The Marxists of the US section are stepping confidently forward into another year of dramatic shifts, changes, and developments, understanding the key role we are preparing to play in the intervention of history by the masses. Join us to fight for socialist revolution, and a better world! 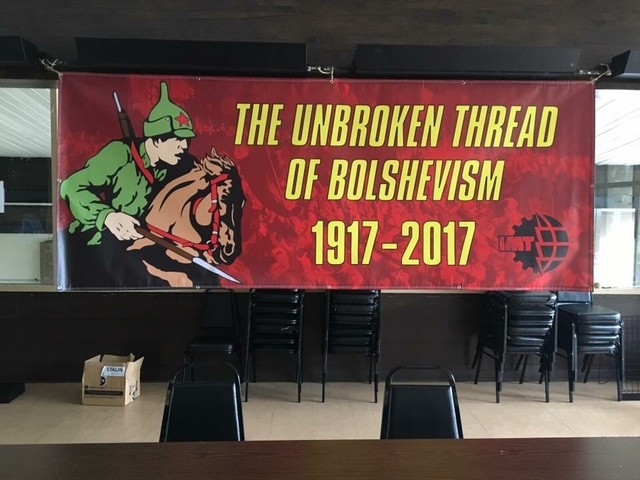