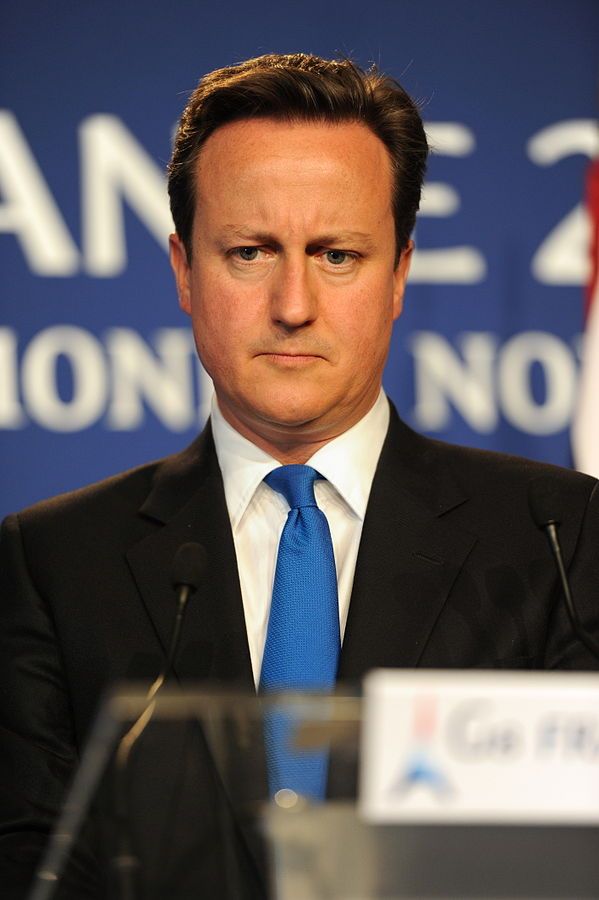 With a week to go before the referendum on Britain’s membership of the EU, Leave has leapt to a 7-point lead in a poll published by The Times on Monday. The sudden swing of support away from Remain, which held a slender 1-point lead last week, has caused outright panic in Westminster and stock markets around the world.

The spectre of Brexit

In a single day of trading on Tuesday the FTSE 100 fell 121 points, wiping £30bn from its value. Since Thursday 9 June, FTSE 100 companies have lost a total of £98bn in share value, largely due to fears over the rising probability of a vote to Leave on 23 June.

In addition to this, the Financial Times reports that “assets in the UK’s asset management industry have fallen by nearly £200bn to £900bn over the past year, as a result of the concern about a British exit” from the EU. An unnamed chief executive was also reported as saying the decision to hold the referendum had been “a mistake from the outset”.

This pessimism and uncertainty has not been confined to Britain, with stocks falling in Paris, Frankfurt and even the Australian stock exchange as investors desperately seek to take their wealth out of volatile markets and put it into safe havens such as government bonds.

The turmoil of the markets has been reflected on an even bigger scale in British politics. After months of campaigning, state-funded mailshots and all manner of cajolery and intimidation from both sides, this referendum has done irreparable harm to the government and will likely have even greater repercussions when it finally reaches its bloody climax.

David Cameron has effectively gone into hiding, with the Daily Mail reporting he is keeping a “low profile” in order to allow none other than Jeremy Corbyn and former Labour leader, Gordon Brown, to shore up the Remain vote. This is in effect an admission from a serving Prime Minister that he is so unpopular he has to rely on the opposition to campaign for him, drawing a clear comparison with the much-hated Better Together campaign in the Scottish Independence referendum.

Yesterday (Wednesday 15 June), in a reunion which pleased no-one, George Osborne and Lord Darling (the former Labour Chancellor) joined forces to issue a stark warning to the nation: If Britain leaves the EU, Osborne will be forced to raise taxes and make cuts to Health and Education in order to fill the “£30bn black hole” created by Brexit.

Meanwhile, former investment banker, Nigel Farage, and multi-millionaire tax-dodger, Bob Geldof, traded shots across the bows when the “Fishing for Leave” campaign’s flotilla, proudly flying the flag of St George (along with the Jolly Roger), clashed with Sir Bob’s pro-EU “leisure boat” on the Thames. As well as being one of the most ridiculous events in the history of British politics, the ‘Battle of the Thames’ expressed perfectly the real meaning of this ‘debate’ – two gangs of pirates fighting over the booty plundered from the people.

However, beneath the surface powerful currents are threatening to pull the Tory Party to pieces. Shortly after Osborne made his announcement a group of 65 Tory MPs said the Chancellor’s position would be “untenable” if he tried to cut spending on the NHS, police or schools. With a working majority of only 17, a rebellion of this size would at best paralyse the government in the midst of a serious economic and constitutional crisis, and at worst it would bring it down, likely prompting a new general election. Nor is there any guarantee that a victory for Remain would offer any respite, considering the bitterness of this dispute at the heart of the Conservative Party.

The recent surge for Brexit in opinion polls, however, is not a reflection of any mass left-wing movement of workers against euro-austerity and the appalling treatment of refugees. In an article entitled “Middle England drives Brexit revolution”, the FT lists the three main concerns of Leave campaigners as “migration, sovereignty, identity”. In an article published on Tuesday (14 June), the Daily Mail gleefully reported that the sudden swing towards Brexit had occurred following the publication of a “report” (the source is not given) which stated the population of the UK will reach 76 million by 2035.

Combined with an intense hatred and distrust of all establishment politics (and politicians), often seen to be associated with the Brussels-based bureaucracy of the EU, this mood of “taking control” and “being our own people” has been gratefully seized upon by cranks and opportunists like Boris Johnson. But the source of this malaise doesn’t lie with Johnson or Farage, but with the entire British political establishment, especially the Tory Party, and ultimately the capitalist system.

All of the forces which had previously been used to maintain stability for the system are turning into their opposite in this referendum. For decades, if not longer, Tory politicians have deliberately cultivated and pandered to the most reactionary prejudices in order to cynically win votes. One need only recall Zac Goldsmith’s islamophobic dog-whistle campaign for Mayor of London to see a clear demonstration of this.

In addition, Cameron’s government has been systematically removing people from the electoral roll, particularly young people and students. The Electoral Commission estimated in February that 770,000 names had been removed under changes to registration rules. By removing these less ‘reliable’ voters the Tories had hoped to ensure stable rule for years to come.

Instead, the same forces which had kept Cameron in power are now threatening his downfall. By offering a referendum and then campaigning for Remain, Cameron has branded himself a traitor, while thousands of voters who would have been more likely to vote Remain have disappeared from the register. This explains the sudden rush to get young people to register on deadline day.

Meanwhile, The Sun, considered the “King-maker” of British politics, recently published a front page unequivocally supporting a vote for Brexit. Having been fawned over by Tory and New Labour politicians alike, Murdoch has delivered what may prove to be a decisive blow to the Remain camp.

While it is fitting that the Tories may well be smashed by their own monstrous creation, this perspective holds little encouragement for British workers who are confronted with a choice between two equally repulsive wings of reaction. What has been completely absent throughout this debate is an independent class alternative based on a principled opposition to imperialism, austerity and xenophobia. The fault for this lies squarely with the leaders of the labour movement.

Under immense pressure from both the media and his own MPs, Corbyn made his “socialist case” for staying in the EU on Tuesday, surrounded by trade union leaders and his Shadow Cabinet. Focussing on the NHS in an attempt to bolster the Labour Remain vote, he described Johnson and Farage, rightly, as “wolves in sheep’s clothing” when it came to their apparent concern for the NHS.

He has consistently and publicly refused to share any sort of platform with Cameron and has tried to emphasise the difference between his reasons for remaining and those of the pro-European Tories. And yet, on the same day Corbyn made his speech, Tom Watson MP, the Deputy Leader, gave an interview in which he said EU rules on free movement “must change”, choosing to repeat the arguments of the Tory leader rather than his own.

In Prime Minister’s Questions yesterday, Corbyn gave a clear commitment that his party would oppose any post-Brexit budget, a day after the last Labour chancellor joined the current chancellor to warn of cuts in the event of Brexit! Meanwhile, the Labour Mayor of London has been happy to share a platform with Cameron, the man who effectively called him a terrorist sympathiser.

Labour’s position, taken as a whole, is farcical. A rump of MPs support Leave for largely chauvinist reasons; the Blairite wing of the party is in a united front with the ‘moderate’ wing of the Tory Party; while Jeremy Corbyn, a man who has opposed the EU for more than 30 years, makes the socialist case for it on his own. No wonder the debate has been completely characterised by a row between two wings of the Tory Party.

If Corbyn had led a mass anti-austerity Brexit campaign on an independent working class basis, the whole situation could have been transformed. Corbyn and Labour could have stood in opposition to both European and British corruption and cuts, highlighting the fact that the EU’s policies of privatisation and austerity are in direct conflict with the Labour leader’s own programme of public ownership and taxes on the rich.

Instead of this, we have left-wingers actively campaigning to defend one Tory government in order to prevent an even more reactionary Tory government coming to power. In this way, the ‘moderate’ Tories support the banks, the Labour right-wing supports the ‘moderates’, and the left-wing supports the right-wing, all to the detriment of British workers.

Neither of the options on the ballot paper offer anything to British workers except further austerity and attacks on working conditions. To present a vote to Leave as anything progressive ignores the entire nature of the Leave campaign. Meanwhile, to present a vote to Remain as the defence of migrants and workers’ rights ignores the very real attacks on migrants and destruction of workers’ rights currently taking place all over Europe, including in Britain, under the watchful eye of the European Union and its institutions. Neither option can be supported by socialists.

We reject this reactionary plebiscite and accordingly call for workers and youth to boycott it and spoil their ballots in protest. However, by itself this of course achieves nothing. The most important battles are yet to come. Regardless of the result in this referendum, all the lies and threats from both sides will be conveniently forgotten and all that will be left is austerity and attacks, as workers, youth, and the poor are made to pay for this crisis of capitalism. In or Out: under capitalism, it will always be the bosses and the bankers who make all the real decisions in society, with ordinary people left to foot the bill for the failings of their system.

The task for workers and youth, therefore, is to build a mass movement capable of fighting for a genuine alternative to austerity - an alternative of a bold socialist programme. Leave or Remain, Corbyn and the other leaders of the labour movement should be going on the offensive to defeat the Tories (both of the pro-Brexit and pro-EU variety) with such a programme.

It is clear, however, that Corbyn and his huge support amongst workers and youth are being constantly undermined in this aim by a clique of right-wing Labour MPs who have more in common with the Tory government than their own voters. Labour Party members should use their democratic rights to kick out these Blairite careerists and replace them with elected representatives who are willing to defend Corbyn and the programme that he was elected on.

Brexit or no Brexit, we must fight for socialism in Britain, in Europe, and across the world.

Down with the Tory government – Labour to power on a socialist programme!

Down with the EU – for a Socialist United States of Europe!