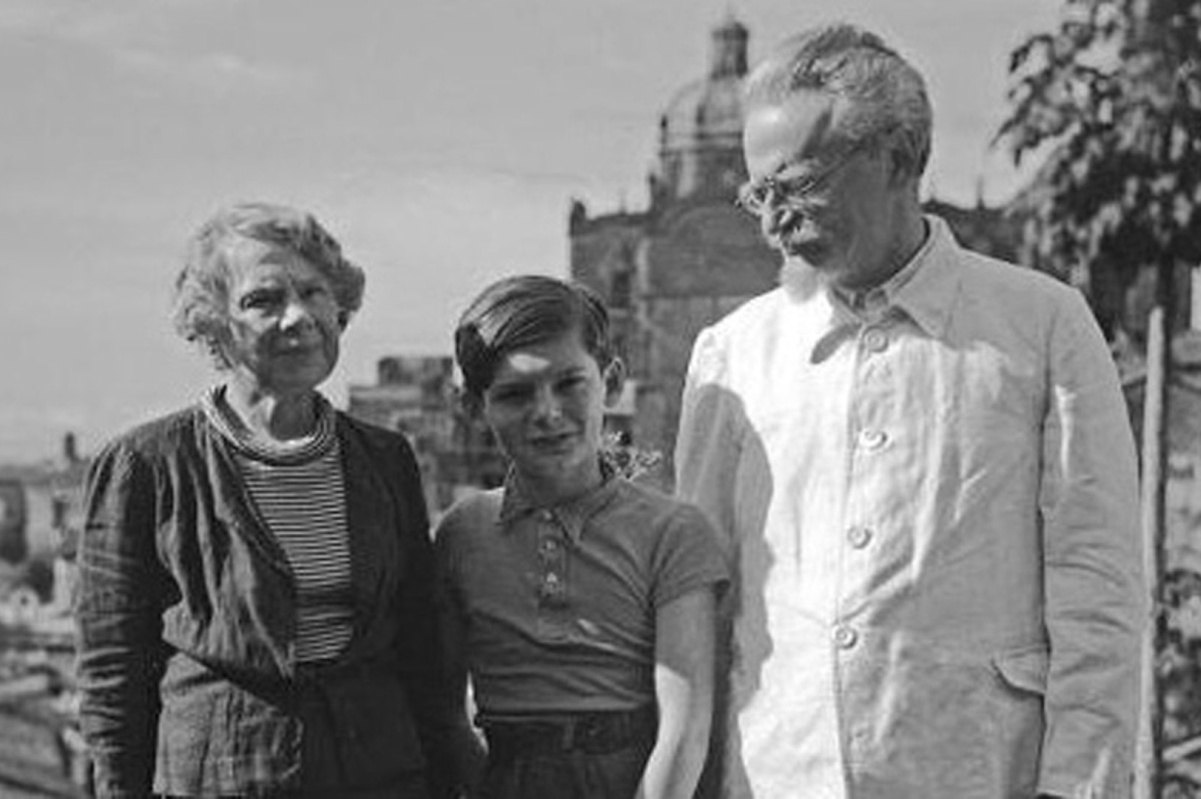 Esteban Volkov, grandson of the Russian revolutionary leader, Leon Trotsky, was recently able to go to Turkey and return to the places where his grandfather had lived after his expulsion from the Soviet Union. In particular, Esteban was able to see, for the first time since 1931-1932, the house in Prinkipo — the Ile of Princes — where he had lived with Trotsky. On our way across France towards Grenoble in August 2003, Esteban spoke of his journey to Turkey.

"I went first of all to Istanbul. The old Consulate is still there. That is where LD [Trotsky] and Natalia [Sedova, Trotsky’s wife], stayed when they first arrived in Turkey. It looks just as it did in 1929. I was also able to see the hotel where they stayed when they left the Consulate in March of that year. Then I took the boat to Prinkipo, where they lived from April onwards."

"The island has changed a lot since my childhood, of course. But it is still a very beautiful place, just as it always remained in my memories of those times. At the port, we came across a panel with a map of the island upon which "Trotsky’s House" was clearly indicated. And so I set off on foot in the company of a few Turkish comrades, in the direction of the street where the house was. It’s a street which leads down towards the shore, and soon I could see the entrance to the house, facing out to sea. We went inside, and there I could at last rediscover the house and the grounds, after all these years. The house was right near the sea, which could be reached by taking a pathway and a few steps over a distance of one hundred yards or so."

"It was a very moving experience for me. To able to come back to this place after such a long time! I came to Prinkipo to live with LD and Natalia in January 1931. I never thought I would have the opportunity to see it again. The outside walls and the front of the house, with its windows and balconies, are still there and in fairly good condition. But the inside of the house has completely collapsed. It looks rather like a building that has been bombed."

"My memories of those times are a bit vague now. Above all, I remember Natalia. She devoted a lot of time to me. Among other things, she taught me how to read and write in the Russian language. I also remember the day I fell into the sea. In my eagerness to get a closer and closer look at the fish and the crabs in the water, I fell into it. Fortunately, there were a few comrades nearby, and one of them was able to fish me out of the sea!"

"I also recall the fire which broke out in the house. This made a great impression upon me at the time. It happened during the night [of February 28th to March 1st 1931]. I was sleeping and was dragged out of my bed when the fire was discovered. Unfortunately, a considerable number of books and part of Trotsky’s archives were consumed in the flames. A Russian encyclopaedia which was damaged in this fire can still be seen in the house Trotsky lived in later on, in Mexico. Years later, in that same house in Mexico, I lived through a similar expérience when [on May 24th 1940] GPU agents, after having tried to kill us with machine-gun fire, threw incendiary bombs with the specific aim of destroying the archives."