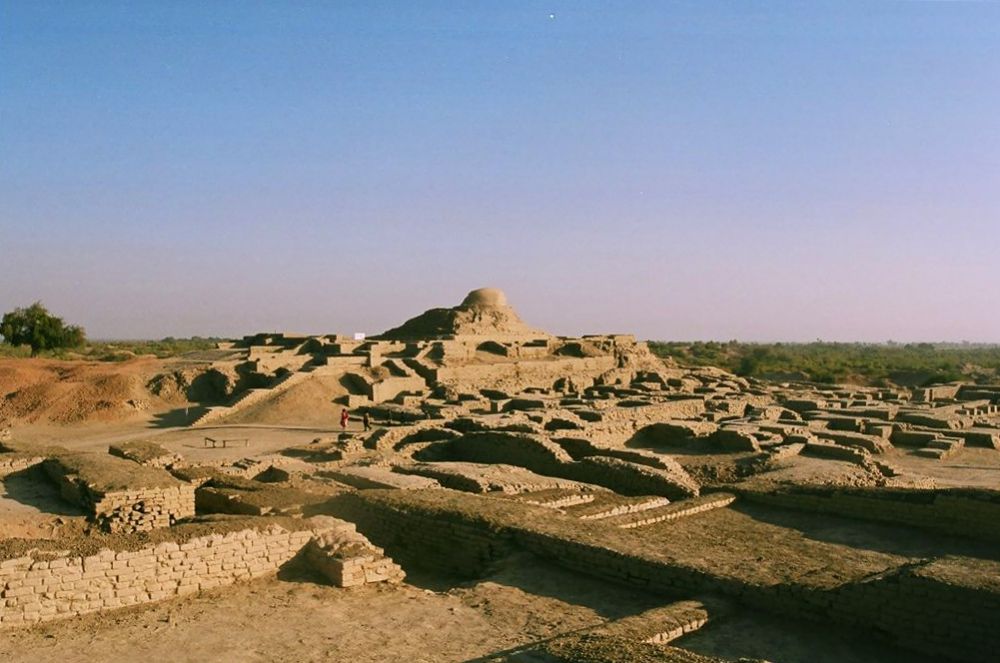 At least one advantage of Sindh Festival being held in Mohenjo-daro will be that many people will come to learn more about this five thousand old civilization. However, civilization and culture are not limited to music, art and poetry but encompass the mutual relations, habits, feelings, attitudes, social behaviour and many other aspects of life. The most profound expression of culture is its architecture. It not only expresses the art of construction but also reflects the social values, productive relations and socio-economic system prevailing in society.

This oldest city was discovered in 1922. Excavations at Mohenjo-daro, Harappa and some other sites of the Indus Valley civilization were started under the supervision of the Director General of Archeological Survey of India, Sir John Herbert Marshal, soon after. He led his archeological and excavation team with great dedication and passion in unearthing this extraordinary society in history.

The Indus Valley civilization was modern for its time. Historical remains of Mohenjo-daro depict a society based on economic equality and social egalitarianism. These old societies, based on collectivism, are called “primitive communist societies” in terms of the Marxist science of historical materialism. Mohenjo-daro had a planned layout based on a street grid of rectilinear buildings. Most were built of fired and mortared brick; some incorporated sun-dried mud-brick and wooden superstructures while people lived in a primitive communist life style. The city had a central marketplace, with a large collective well. Storage facilities for grain and bathing with hot water were available for all. A furnace for heating water was available underground while a planned sewerage system was also there. In these ruins one can find the remains of a public place for education.

In contrast with the remains found in Egypt, Greece, Rome and China, where royal palaces, tombs of the kings and other huge state building were found, the remains of Mohenjo-daro and Harappa reflect a class-less society. Sir John Marshall wrote in his book Mohenjo-daro and the Indus Civilization (1931):

“Thus, to mention only a few salient points, the use of cotton textiles was exclusively restricted at this period to India and was not extended to the western world until 2000, or 3000 years later. Again, there is nothing that we know of in prehistoric Egypt or Mesopotamia or anywhere else in western Asia to compare with well-built baths and commodious houses of the citizens of Mohenjo-daro. In these countries much money and thought were lavished on the building of magnificent temples for gods and on the palaces and tombs of the kings, but the rest of the people seemingly had to content themselves with insignificant dwellings of mud. In the Indus valley civilization the picture is reversed and the finest structures are those erected for the convenience of the citizens.”

However this civilization didn’t suddenly emerge in history, but was the product of the labour and the intellect of human beings over generations and thousands of years of historical evolution. Marshall explains in the same book. “One thing that stands out clear and unmistakable both at Mohenjo-daro and Harappa is that the civilization hitherto revealed at these two places is not an incipient civilization, but one already age old and stereotyped on Indian soil, with many millenniums of human endeavor behind it… an advanced and singularly unique civilization of their own, closely akin, but in some respects even superior to that of Mesopotamia and Egypt. ”

Today, the condition of this heritage site and of the monuments of mankind’s collectivized social and economic history is deteriorating. Researchers, archaeologists and local and international writers are expressing concerns over this deterioration and damaging of this historical monument. Since the British Raj people who have understood the importance of this monument have demanded more care for these ruins. Jawaharlal Nehru wrote in his famous book Discovery of India in 1944 during his imprisonment in the Ahmednagar Fort:

“Twice I have visited Mohenjo-daro, in 1931 and 1936. During my second visit I found that rain and the dry sandy air had injured many of the buildings that had been dug out. After being preserved for more than five thousand years under a covering of sand and soil they were rapidly disintegrating owing to exposure, and very little was being done to preserve these priceless relics of ancient times.”

Sixty- seven years after the independence of Pakistan this historical treasure is in poor condition. Rulers are busy with their own looting and plundering. How could those rulers who have not provided even the basic necessities of life to the people of Sindh and other parts care about this heritage of the people? If the Sindh government had moved the stage for Sindh Festival a few hundred metres away from this site, the danger of damaging these buildings could have been averted. It would have even presented the panoramic view of the whole city with most structures fitting the TV screens.

In this festival, in the name of “Sindhi culture”, it was never told that the old inhabitants of Mogenjo-daro didn’t die from hunger. The sewerage system in this city was better five thousand years ago than in most of the cities of Sindh and Pakistan today. The elite and the media were very selective in portraying the culture and social life that these architectural remains depict. Nowhere in the coverage of the ‘culture’ were the egalitarian social and cultural collectivism of this epic ancient city brought forward. Without landlords and capitalists, police chiefs and generals, kings and rulers, exploitation and despotic state machinery, a society did exist and flourish. And above all based on primitive communes they managed society collectively and organized the provision of food and basics.

Today, children are dying from hunger and without basic healthcare, civic amenities, water and sanitation. The vast majority of the people are living in absolute poverty and destitution. Society is gripped by exploitation and tyranny. The spectre of barbarism looms on the horizon. In this situation millions are being spent on festivities sponsoring elite rulers. The real lesson Bilawal Bhutto Zardari can learn from Mohenjo-daro is that through a planned economy instead of this monstrosity of a free market economy a genuinely egalitarian society can be built on a socialist basis. With modern technique and scientific inventions it would be on a much higher plain than it was five thousand years ago. Today, technology and the productive forces have reached such a point that that poverty and scarcity could be eliminated in a short span of time. But for that to happen the chains of private property and profits have to be removed.

The Peoples Party that gave Bilawal this opportunity and prominence was founded on a programme of revolutionary socialism. The founding document of the party clearly says, “Ultimate objective of party is to build a classless society which, in our times, is only possible through socialism”. This slogan actually made the Peoples Party the largest party of the working class of this country almost overnight. Today, people of this country are more deprived, oppressed and suffering from this capitalist tyranny than the ruins of Mohenjo-daro. Millions are looking for a way out of this misery. The people of Pakistan entered the arena of history in 1968-69 and founded the Peoples Party. The masses remained true to their party but the betrayals and opportunism of the leadership has deformed the character and the identity of this party.

Can Bilawal revive the socialist legacy of this party? Does he have the audacity and courage to stand up for the party’s socialist origins and become a revolutionary alternative to this system of human devastation? This is not the only way forward for the emancipation of the masses but the survival and fate of the PPP as a tradition relies upon it. The fundamental lesson of Mohenjo-daro is that if such a prosperous and egalitarian society could be created under primitive communism in antiquity, then in today’s communism the human race can be salvaged from all want and oppression once and forever.