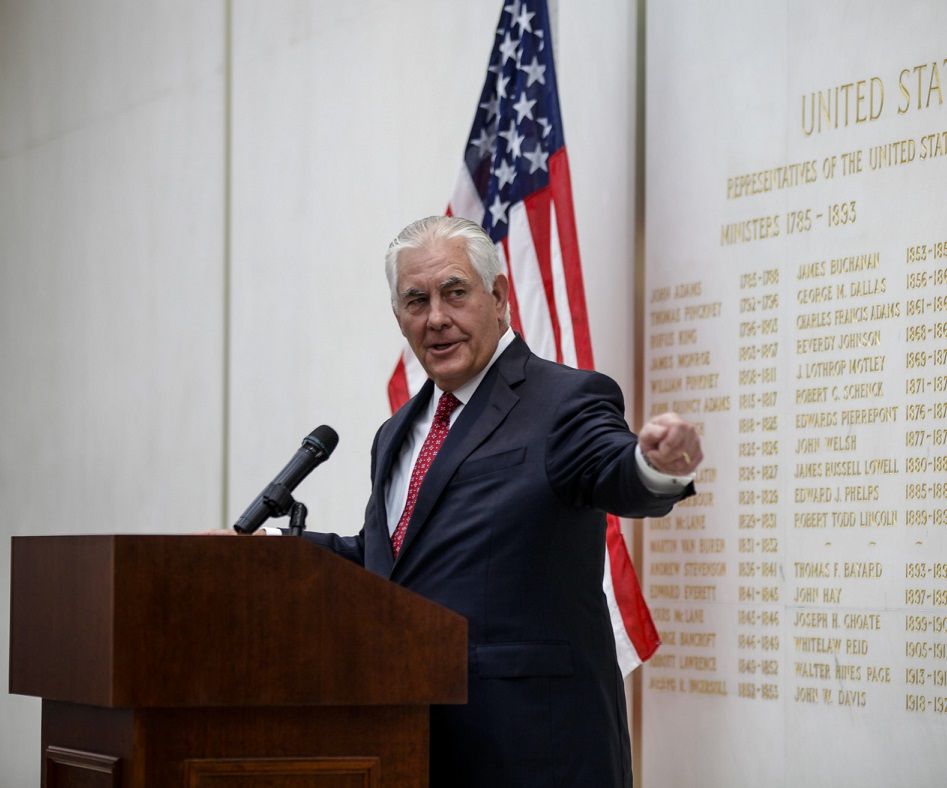 It is clear that US imperialism and its lackey countries have increased aggression against Venezuela in recent weeks. The aim has been declared publicly: to trigger a coup d'etat against the government of President Maduro and allow the capitalist oligarchy to take control again. It is necessary to respond with revolutionary measures that strike a blow at the economic power of the oligarchy: the agents of imperialism in the country.

Let's look at the steps they have taken. On 1 February, the Secretary of State of the United States, Rex Tillerson, before starting a tour of several countries in the Americas, made a statement in which he raised the need for a military coup in Venezuela. "When things get so bad that the military command realizes that they can no longer serve the people, they will manage a peaceful transition," he said in a speech at the University of Texas, in which he renewed support for the Monroe Doctrine. Tillerson’s entire tour, which took him to Mexico, Argentina, Peru, Colombia and Jamaica, was intended to discuss the issue of Venezuela. During the same tour Tillerson raised the possibility of oil sanctions against Venezuela, affecting the import and refining of oil in the US. These sanctions would obviously have an even stronger impact on the economy than the financial sanctions already in effect. Tillerson boasted that plans were already on the table, only awaiting a decision by President Trump. 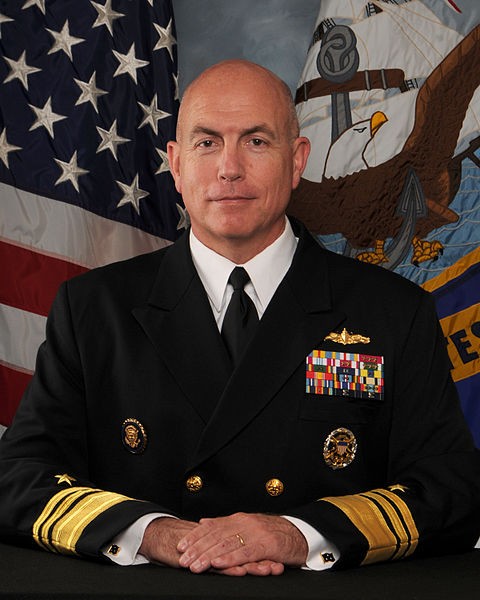 Meanwhile, a call directly from Washington finally gave the instruction to the opposition not to sign an agreement in the Dominican Republic [ed: following talks with the Maduro government, detailed here]. That it receives its instructions directly from imperialism demonstrates again the treacherous and lackey character of the Venezuelan opposition. Both the opposition and imperialism understand it will be very difficult to win in the presidential elections [on 22 April], and have therefore launched a campaign of escalation of imperialist pressure to delegitimize, and in the process overthrow, the government by provoking a military coup.

The day after the opposition’s withdrawal from talks, the European Parliament approved a motion demanding tougher sanctions against Venezuela. So far, European sanctions affect only some senior Venezuelan officials, but it is clear that an escalation is being prepared with the same objective as the US threats. None of this is taking place by coincidence. It is part of a campaign coordinated from Washington.

On Thursday 8 February, Colombia and Brazil announced they were sending troops to their borders with Venezuela, citing the excuse of the "migratory and humanitarian crisis". Brazil announced it would double the number of forces patrolling the border between the two countries, while Colombia said it was sending 3,000 security personnel to the border, including over 2,000 soldiers. The day after the announcement, the Commander of the Southern Command of the US Army, Admiral Kurt W. Tidd, arrived in Colombia "to discuss security cooperation and examine Colombia's security and peace-building efforts firsthand." We all know what this language means. When the head of the Southern Command talks about peace efforts, we can be sure that they are preparing aggression. 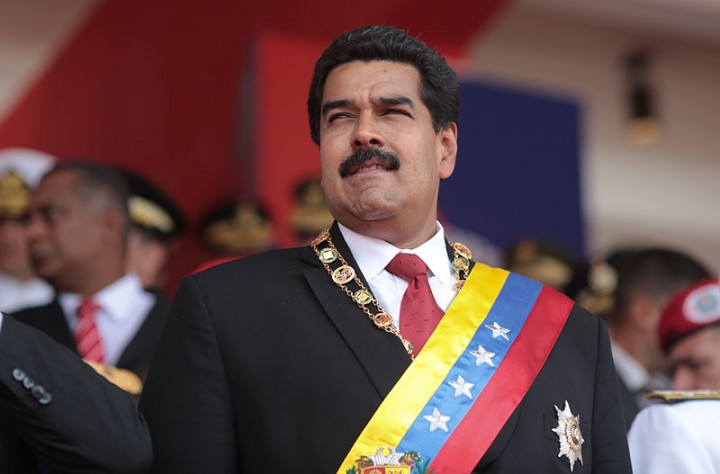 Washington instructed the opposition to break off talks with the Maduro government in the Dominican Republic / Image: Hugoshi

At the same time, Peru announced the convening of the Lima Group on 13 February "to evaluate the measures that should be adopted in light of the development of the Venezuelan political situation", adding that calling presidential elections "would not allow a process fair, free, transparent and democratic ". The Lima Group is a body without any kind of legitimacy, which was created precisely when imperialism failed in its attempts to approve measures against Venezuela in the official organizations of the United Nations, the OAS and UNASUR. It is made up of Argentina, Brazil, Canada, Chile, Colombia, Costa Rica, Guatemala, Honduras, Mexico, Panama, Paraguay and Peru. What is scandalous is that none of these countries, all with right-wing governments, have opened their mouths regarding the scandalous electoral fraud in Honduras, nor the constant violation of human rights in Colombia and Mexico. 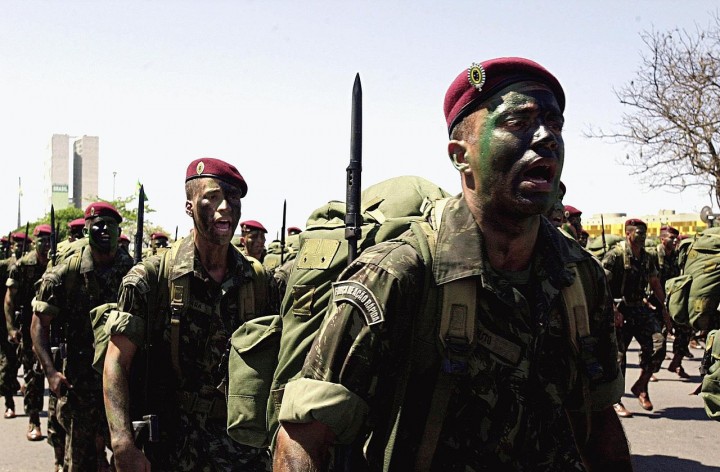 Brazil and Colombia are sending troops to their borders with Venezuela / Image: public domain

Finally, on 9 February, US Senator Marco Rubio, a Republican and one of the most ardent supporters of imperialist intervention against Venezuela, declared in a tweet that "The world would support the Armed Forces in #Venezuela if they decide to protect the people & restore democracy by removing a dictator". The hypocrisy of imperialism has no limits. While they support and install dictators, and participate in the organization of coups (Honduras, Venezuela, etc.), they allow themselves the luxury of talking about "restoring democracy and protecting the people".

The new US chargé d'affaires in Venezuela, Todd Robinson, has also adopted a very belligerent attitude since his arrival. The imperialist embassy in Caracas has published a scandalous communiqué supporting the withdrawal of the opposition from the talks in the Dominican Republic. Of course, Washington orders the opposition to withdraw and then supports the decision. In his first press conference in Caracas, Todd Robinson declared his intentions unambiguously:

"During my stay here, I will work to give voice to those who do not have it; and I will continue to speak with all sectors of society in such a way that they become agents of the change that we all desire."

Translated to the language of Cervantes: "I will work so that the oligarchy returns to the power and that this sector of the society can organize the coup that the US desires".

Imperialism’s plan is therefore clear, diaphanous and publicly announced. They will not recognize the presidential elections because they know that their lackeys of the opposition can not in any way win them and will put all the necessary pressure, including asphyxiating the economy, into provoking a coup d'etat against the Maduro government.

We must oppose with all our forces this new offensive of imperialism, that is nothing more than the continuation of 20 years of attacks, threats and interference against the Bolivarian Revolution.

The United States denounces the decision by #Venezuela’s National Electoral Council to unilaterally advance presidential elections. We support the decision by opposition parties to reject the regime’s terms for elections that would not be free and fair. pic.twitter.com/JT7cThKB2v

To combat this threat effectively, it is necessary to take serious measures that destroy the base of imperialism within the country. We must begin by expropriating all the properties of multinational companies in the US and putting them under workers' control. Then we have to expropriate the companies of all the Venezuelan capitalists who are sabotaging the economy and supporting the efforts of imperialism to organize a coup d'etat. It is necessary to cease immediately the delivery of dollars and credits to the private companies that participate in the economic war and to apply the state monopoly of foreign trade and the centralization of all the banking in the hands of the state under the control of the workers. Stop handing out dollars from oil revenue to the enemies of working people.

The economic base of the oligarchy, which supports imperialism, must be destroyed, and working people given democratic control over the economy / Image: Lucha de Clases

These measures must also serve to lay the foundations for resolving the situation of serious economic deterioration that working people suffer. This will require putting factories, banks and latifundia [ed: large farming estates] in the hands of workers and peasants as part of a democratic plan of production to satisfy the needs of the masses. These should not provide profits to a parasitic capitalist oligarchy that is also financing a pro-imperialist coup in preparation. The best way to guarantee the unity of the working people in the fight against imperialist aggression is to resolve the shortages and the devaluation of the wages.

In addition, the people’s militia must be strengthened, and establish units in all large workplaces. Arming the workers and peasants is the best guarantee for the defense of the country. It is necessary to establish revolutionary organizations of soldiers and officers within the FANB. This revolutionary vigilance is the best guarantee against the plots that surely exist and are being prepared with the active participation of the US embassy.

It is necessary to combine these internal measures with an international appeal to defend Venezuela against imperialist aggression. We must establish direct links with workers' organizations and the rural poor throughout the continent, first of all in Brazil and in Colombia. The Colombian people are not our enemy; the Colombian oligarchy – agent of imperialism and class brothers of the Venezuelan oligarchy – is.

The imperialist aggression cannot be faced with calls for peace and dialogue, but with revolutionary measures to crush the economic power of the oligarchy that acts as an agent of Washington.