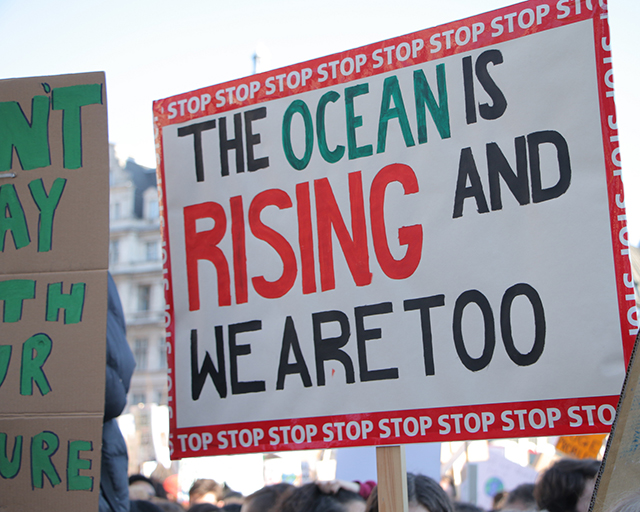 Climate change is no longer a thing of the future. Already, hurricanes are becoming more powerful, forests are burning, people are dying from heat waves, drought, floods, and famine. Such extreme weather events are quickly becoming the rule, not the exception.

The oceans are polluted by plastic and chemical waste, killing off fish and other marine life. Underground water supplies are drained or polluted, leading to a widespread scarcity of this most essential of resources. Every year, species are becoming extinct through the senseless destruction of ecosystems.

Immediate action is needed. A massive reduction in emissions and pollution levels is essential. And large-scale mitigation measures must be taken, such as the construction of flood defences and reforestation. But the capitalists and their political representatives are completely incapable of carrying out the radical changes that are required.

— From IMT statement: capitalism is killing the planet – we need a revolution!