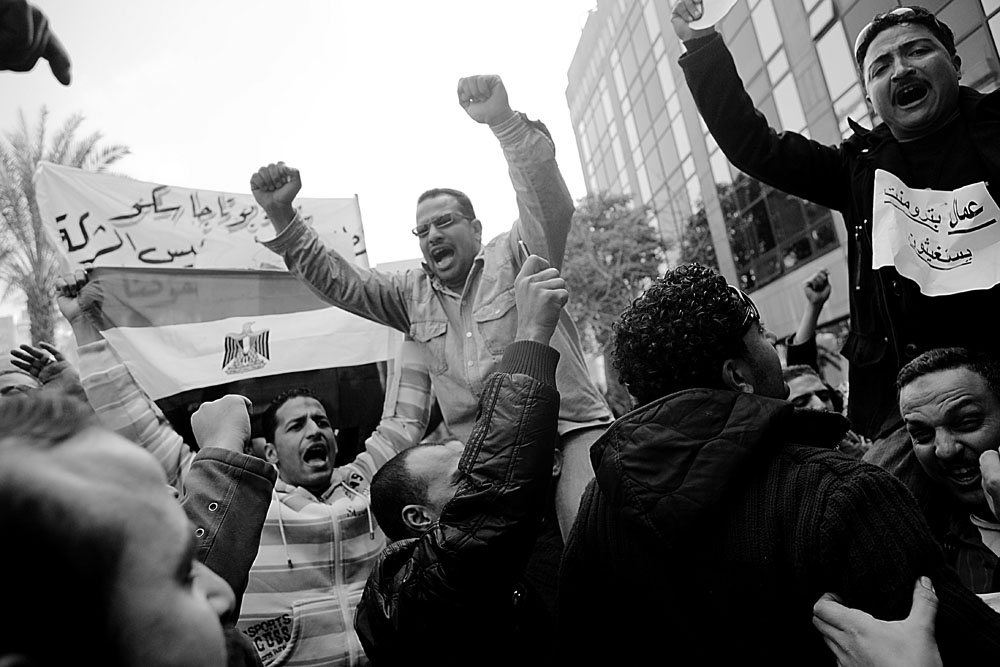 An example of the militancy of the Egyptian workers is this statement issued by the higher coordination committee of the Petrotrade workers, calling on workers at the company for an open ended strike until their demands are met.

The higher coordination committee of the Petrotrade workers calls all employees to a general strike at all company sites and to an open-ended sit-in at all the company's different locations in Cairo and other governorates and a sit-in in front of the Ministry of Petroleum starting on Sunday, February 13 and until all the demands of the company's workers are met, noting that the right to strike is guaranteed by law and the Constitution and international conventions signed by Egypt.

Workers’ negotiations with the leadership of the Ministry of Petroleum (Sameh Fahmi) have failed miserably due to the insistence of the ministry not to apply the old agreed upon list of demands/rules and their attempt to apply another list in return for carrying out a few improvements which was rejected by the company's workers who insisted on achieving the following demands:

We, the workers of the Petrotrade company announce that we will not give up our rights and the rights of our colleagues because we are the owners of the right and we will not submit to rosy promises that are used by the company's management and the ministry on promotion.

We also will not end our strike until we reach full agreement on our demands, and in coordination with our colleagues in other areas will not submit to tactics practiced by the Ministry of Petroleum.

We condemn the compromises Sameh Fahmi is conducting in order not to meet our demands, and that he spent millions of pounds on the football teams without regard to the difficult working conditions.

We call workers to print out our demands and distribute them to our colleagues to spread the call for the general strike on the internet and by sending SMS/text messages to colleagues and print the statement issued by the Coordinating Committee of Workers and distribute it in the regions and on different media.

Long live the struggle of the free workers of Petrotrade!

No to corruption and nepotism and cronyism within Petrotrade!