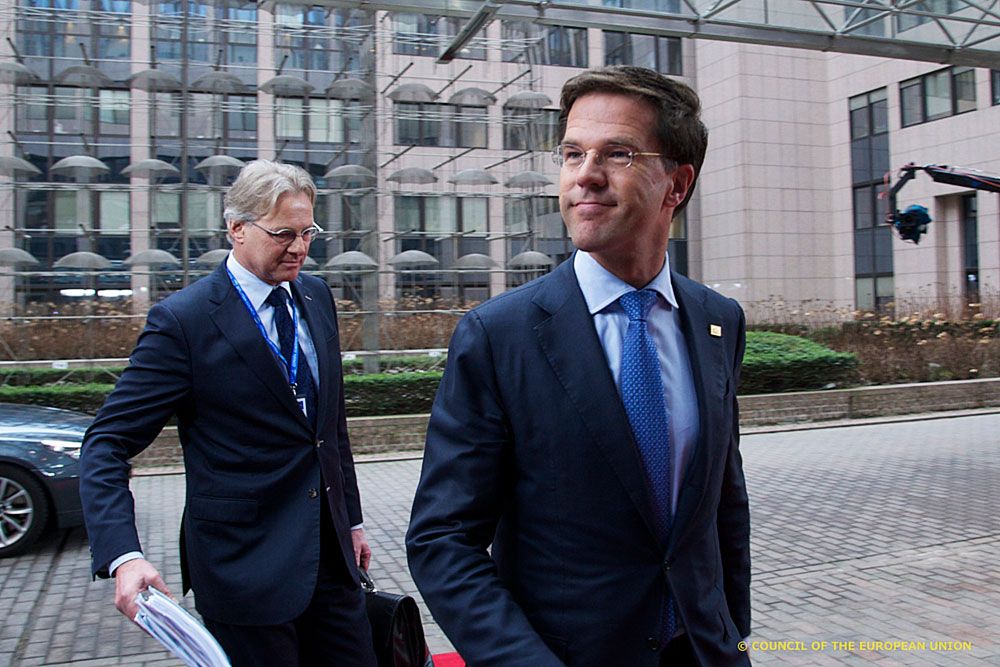 Last Wednesday (September 12) the Dutch parliamentary elections were held. The end result was polarisation between the right-wing Liberals and the Labour Party. The left-reformist Socialist Party at one stage seemed to be positioned to come first in the polls, but eventually lost its gains to Labour.

The right-wing liberal VVD emerged as the biggest party, with 26.6% of the votes. This is the biggest result of the liberals ever. Traditionally they have always been the second bourgeois party, while the Christian Democrats (CDA) were the main base of Dutch capitalism.

The CDA (which was a coalition partner in the last cabinet) went from its previous 13.6% to a mere 8.5%, which is a record low. This is the result of a long-term decline of this party, as they traditionally leaned on the peasantry and the Christian trade union federation. However, the historical decline of the peasantry and the decline of the “left wing” of the CDA (because the crisis of capitalism meant there was no more room for reforms) led to the party being structurally weakened.

Another party that lost out in these elections is the Freedom Party (PVV), the party of right-wing populist Geert Wilders. It was this party that for its own opportunist reasons allowed the last government to collapse. In the mean time, Wilders had shifted his focus from anti-immigrant and anti-Islamic rhetoric to so-called nationalist resistance against the European Union, blaming the EU for all the problems in the Netherlands. This, however, failed to boost the fortunes of the PVV. They have been reduced from 15.4% to 10.1% of the votes. While the EU has in fact become very unpopular in the Netherlands, the Dutch working class understands that leaving the euro and the EU is not a solution to their problems.

On the left, the Labour Party (PvdA) eventually emerged as the biggest party with a rise from 19.6% to 24.8% of the votes. However, over the summer it had been the left reformist Socialist Party which seemed to be positioned to become the second or even first in the polls. How do we explain this shift?

Firtsly, faced with the prospect of a radical shift to the left among the electorate, this summer a vicious scare campaign against SP leader Emile Roemer was launched by the right-wing and business papers. Business magazine Quote depicted Roemer as the chainsaw massacre that would slaughter the Dutch economy. On the other hand, Labour leader Diederik Samsom was promoted by the media as the more ‘realist alternative’ on the left. It is true he was a better debater, but that was not the only reason why he was able to win so many SP voters to his side.

The fact is that the SP has been trying to become a ‘respectable’ party and for that reason has dropped some of its principles, such as its earlier promise that the age of retirement would be kept at 65. Confronted with this question by a right-wing TV host, SP leader Roemer could not bring himself to promise that he would defend all the party’s policies. In the same manner, Roemer in a previous interview had stated that as prime minister he would not pay a fine to the EU if the budget deficit were to go above 3%. Later, he backtracked and denied that statement. Also, while still having the most left-wing programme of all the main parties standing, Roemer did not exclude any party as possible coalition partners in the future.

At the same time, the Labour Party shifted slightly to the left under pressure from the Socialist Party. After the last government collapsed, a coalition of Liberal, Christian parties and Green Left put together the Spring Agreement, which was a package of cuts that was to be implemented before the elections. The so-called ‘social liberal’ right wing of Labour wanted to participate in the talks that led to this agreement, but party leader Diederik Samsom, under pressure from the SP, refused to enter such talks. While the party’s so-called ‘realists’ lamented this, it in fact helped boost the Labour Party’s fortunes, while at the same time it did quite some damage to the Green Left. It is also significant that during the election campaign Samsom hardly attacked the SP and in fact at defended them, while presenting Labour as the more practical, realist version of the SP.

As the SP and Labour Party seemed to be coming closer to each other, many people could see hardly any difference between the two and thus decided to vote for the Labour Party, as this is the more traditional party that has been in government many times. When two reformist parties compete with very similar programmes, the masses tend to opt for the more traditional party. Instead of trying to present itself as being similar to the present Labour Party leaders, the SP should be presenting a real left-wing socialist alternative and emphasizing the fact that the only way to defend all gains of the past is by breaking with capitalism.

After its left-wing election campaign, Labour Party leader Samsom has now called for ‘unity’. He is entering into talks to make the Labour Party the junior partner in a VVD government. While initially (and as long as the Dutch economy maintains its relatively strong position within Europe) the presence of Labour within such a coalition may possibly slow down the pace of austerity somewhat, such a government would not reverse any of the pro-capitalist austerity policies of the previous government, and under the pressure of the deepening crisis of capitalism would continue with more austerity.

The Dutch Marxists oppose any such national coalition of left and right parties. Only a left government with a socialist programme can be a solution to the problems of the Dutch workers, youth, pensioners and unemployed, but this requires a total break with capitalism. What is needed to defend the interests of Dutch workers is the nationalisation of the banks and monopolies under workers’ control and management. Such a programme is what the Dutch Marxists are fighting for within the Dutch left and workers’ movement.