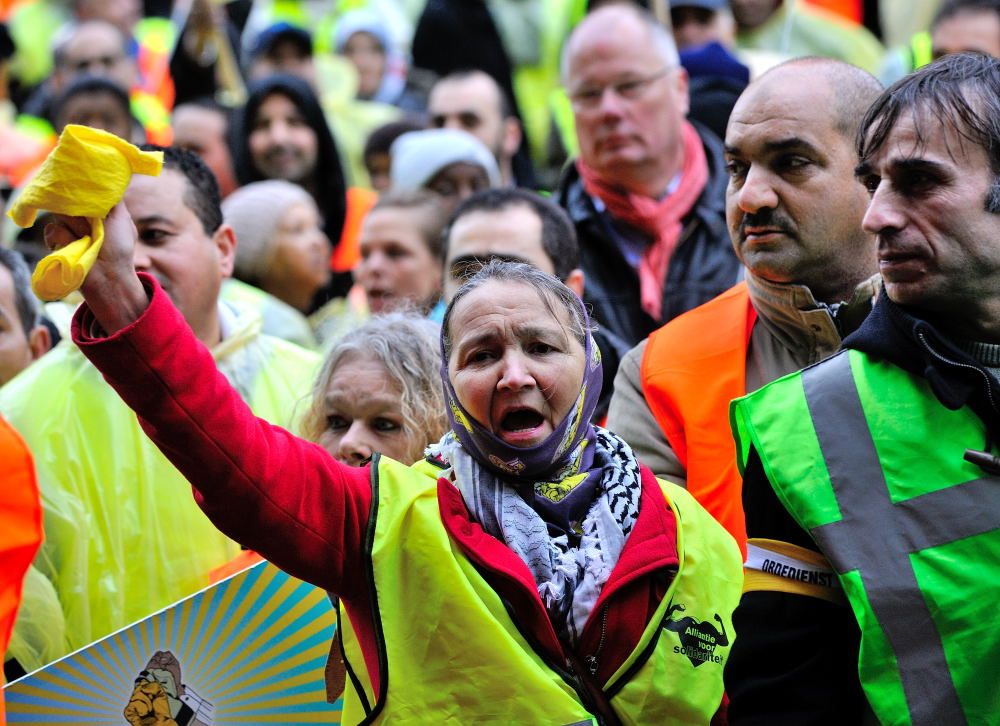 At the beginning of February we reported on the militant strike of the cleaners in the Netherlands. Now, after a long drawn out battle, they have won most of their demands, setting a good precedent for the rest of the Dutch labour movement.

The cleaners’ strike lasted 105 days, which means that this was the longest strike since World War Two. Under a lot of pressure, the employers were forced to sign an agreement, giving the cleaners a 4.85 % pay rise over the next two years and access to schooling. There will be more job security for agency workers and there will be periodical measurements of the intensity of labour. The demand for sick pay was not met; nonetheless this agreement is an enormous victory for the cleaners and the labour movement as a whole.

The strike shows that militant struggle can lead the way forwards and that victories can be achieved even in times of crisis. An important factor in this particular strike was the fact that the cleaners had public opinion on their side, because of their situation. Because of the enormous intensity of labour and low wages, it was impossible to paint a picture of them as ‘greedy’, ‘complaining’ and ‘lazy’, something which the right-wing media sometimes tries to do with other striking workers, especially those in the public sector. The majority of the population stood behind the 150,000 cleaners who will now have a better position. That’s also the reason why some of the customers of the cleaning companies had to bend under this immense public pressure and state they are even ready to pay a little more for the cleaning work.

The cleaning companies themselves were very stubborn and tried to resist for some weeks. For them, it is not only the direct material costs that matter, but also the fact that the cleaners now have a higher consciousness. The cleaners have become aware of their unity, regardless of ethnic background or gender. To break the strike would have meant a blow to the trade unionism of the cleaners. However, the cleaning companies also knew this strike could not be allowed to go on and they had to sign the agreement in order to get the cleaners back to work again.

The leadership of the biggest trade union federation FNV is in crisis, and the leaderships of the unions are having talks to set up a new federation, the DNV. It is very important that all the unions learn from the cleaners’ strike and see it as an example for the whole movement. Already the two biggest unions in the FNV, Bondgenoten and ABVAKABO, have announced that talking with the bosses and the government will have no effect, and that they are willing to mobilise for action. That is the way forward for the Dutch labour movement, as the Rutte government is only willing to cut more and more.