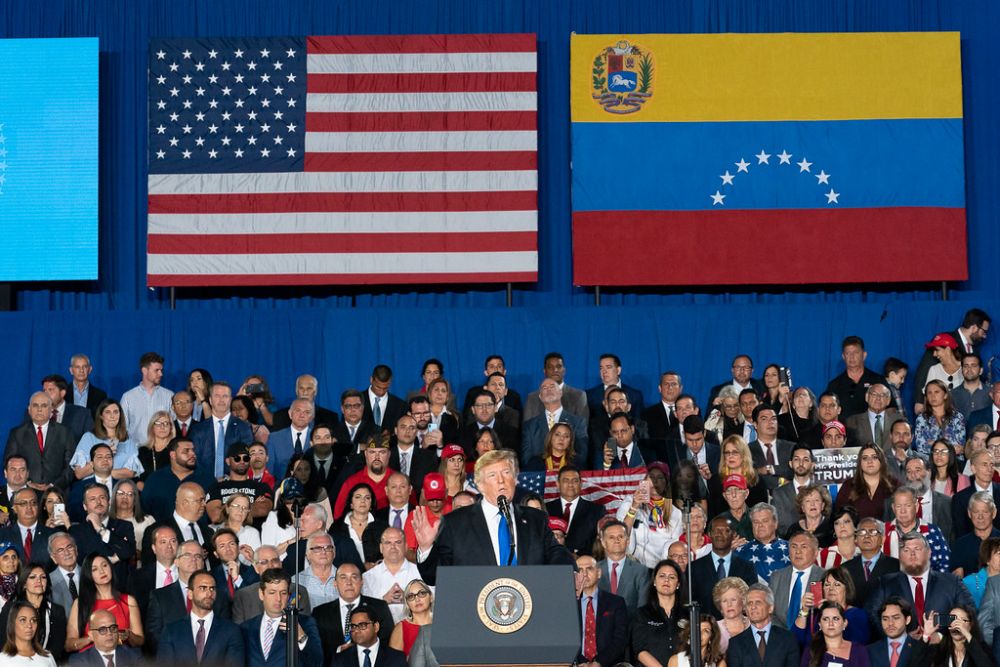 On 5 August, the Trump administration took yet another step in escalating imperialist aggression against Venezuela by imposing an economic embargo. The current regime change offensive against President Maduro has so far failed miserably. Incapable of using direct military means to remove the Venezuelan government and impose one of its liking, Washington has decided to further tighten the economic screws on a nation already suffering a catastrophic economic crisis, which previous sanctions have only aggravated. We fully reject this new act of outrageous imperialist meddling.

The Executive Order signed by Trump freezes all Venezuelan government assets in the US and prohibits all transactions with it, unless specifically exempted, in the first action of its kind in the Western Hemisphere for over 30 years. As national security adviser John Bolton said at a conference of 50 countries, who think they have the right to decide who is the president of Venezuela: “It worked in Panama, it worked in Nicaragua once, and it will work there again, and it will work in Venezuela and Cuba!”

So far, the regime change push fronted by Trump with the full support of Colombian president Duque and Brazil’s reactionary demagogue Bolsonaro, has floundered. The self-proclamation of opposition leader and Washington puppet Guaidó as president on January 24 failed to split the army. The provocation at the borders under the guise of so-called aid on February 23 descended into farce. The botched military coup led by Guaidó on April 30 petered out in a few hours. So far, the army top brass has remained loyal to the elected government of Maduro and defections have been few.

Bolton, Pompeo and Marco Rubio promised Trump that Venezuela was going to be a quick foreign policy success and furthermore, one which would go down well amongst the powerful reactionary Cuban gusano lobby in Florida, winning him some much-needed votes for the 2020 election. That backfired and reports two months ago indicated that Trump felt he had been misled and that he was “losing interest” in Venezuela.

Why the new escalation?

So what is the reason for this new escalation now? On the one hand, Trump still needs to court the vote of the powerful Cuban reactionaries in Florida. It is noticeable that, in his speech in Lima, Bolton mentioned Cuba nine times in twelve minutes, despite Venezuela being the actual subject of the summit. There is also the factor that, having started something, it looks bad if one is seen as completely unable to deliver. What is clear is that, having ruled out the option of a military invasion (Venezuela possesses powerful air defences, the Brazilian top brass is firmly against this option, there is no appetite in the US for another foreign military adventure), the only avenue left to Washington is to tighten the sanctions regime, as it did on Monday. 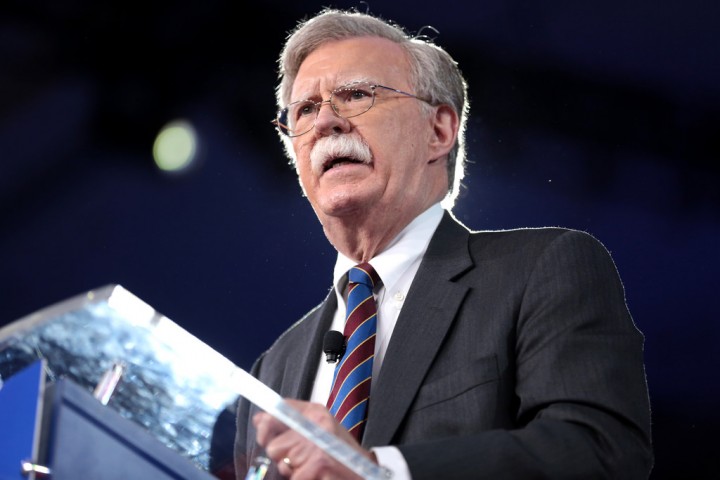 Let us remember that Venezuela and its government officials have already been subjected to a whole series of sanctions, which started with an Executive Order signed by President Obama in 2015. Sanctions prevented the Venezuelan government from renegotiating its foreign debt in the US, cut it off from sources of funding, made it extremely difficult to carry out foreign currency transactions, have curtailed the import of much-needed food and medical supplies and, as of February, seized assets belonging to Venezuelan state oil company PDVSA in the US and cut off all PDVSA trade with the US (export of oil and import of products needed to refine the country’s extra-heavy oil).

The sanctions have hit the Venezuelan government and its ability to function, but the brunt has been borne by ordinary, working-class Venezuelans, as will be the case with this escalation in sanctions. Instead of turning them against the government, it will make their anti-imperialist resilience even stronger.

In fact, it is not even clear whether the embargo will actually work in bringing down the Maduro government. Bolton’s boast, “it worked in Nicaragua, it worked in Panama” is not accurate. In Panama it was a US invasion that “did the job”, and in Nicaraguan economic strangulation was accompanied by military intervention in the form of the cutthroat Contra gangs, funded and armed by the US. None of that is on the agenda in Venezuela, for now, and we have seen how an economic embargo has not worked against the Cuban Revolution.

As long as Russia, China and others (Turkey, India), continue to trade with Venezuela, the embargo will have a serious and damaging effect, but it is unlikely, on its own, to push Maduro out of power.

In his speech in Lima, Bolton launched a broadside against those countries: “We are sending a signal to third parties that want to do business with the Maduro regime: Proceed with extreme caution,” adding that they “risk [their] business interests with the United States”.

This latest escalation takes place against the background of talks between the Venezuelan government and the reactionary opposition, which first took place in Norway and more recently in Barbados. It could be that the reason for the embargo is to put pressure on Maduro to make concessions at the negotiating table. Trump is known for issuing big threats and applying pressure in order to gain leverage in talks with adversaries. The other option is that Washington wants to destroy the Barbados talks process (as it did in 2018 with the previous talks in the Dominican Republic).

The government's response to a peasant march on 6 August indicates its increasingly repressive approach to the chavista left wing and rank-and-file / Image: Lucha de Clases

Meanwhile, in Venezuela, the government has moved increasingly during this year in the direction of implementing many of the economic measures the ruling class demanded. All regulations (foreign exchange, price controls) have now been lifted. The government has implemented a brutal liquidity squeeze, which has managed to partially contain hyperinflation by destroying even further the purchasing power of working people. At the same time, increasingly, repression is used against activists and movements of the chavista rank and file and the left wing.

The way the peasant march to Caracas was treated on 6 August is an indication of that. A year ago, they were received by the president and promised the moon and the stars. Those promises were broken and now that the peasants return to Caracas to demand the fulfilment of what was agreed, they are met with a double police line preventing them from reaching Miraflores Palace. Meanwhile, the minister of agriculture talks of alliances with the “patriotic bourgeoisie” and hands over state-owned agricultural companies to the private sector.

The only serious way to respond to the scandalous sanctions and embargo would be by expropriating, without compensation, all assets of US multinationals in Venezuela, arresting and putting on trial all coup plotters (including Guaidó who, despite having carried out a failed coup, is still free), the nationalisation under workers’ control of the capital of all coup plotters and putting all power in the hands of the working people. Unfortunately, since January, when this current regime change effort began, none of this has been done. Worse, the government policy seems to have been the opposite. While taking measures to stay in power, it has at the same time made ever-growing concessions to the capitalist class in the economic field and used the state apparatus to curtail the chavista left wing and organised workers.

The embargo and imperialist aggression must be opposed. The overthrow of Maduro by Trump would be an unmitigated disaster for workers and peasants in Venezuela and beyond. However, it is our duty to point out that the policies of the Maduro government are seriously undermining the Bolivarian Revolution, they run contrary to it, and thus are preparing the way for disaster. A revolutionary alternative must be built, coming from the ranks of workers and peasants in struggle, including those marching in Caracas on Tuesday. Such an alternative must be built on the basis of fighting imperialist aggression by revolutionary means.