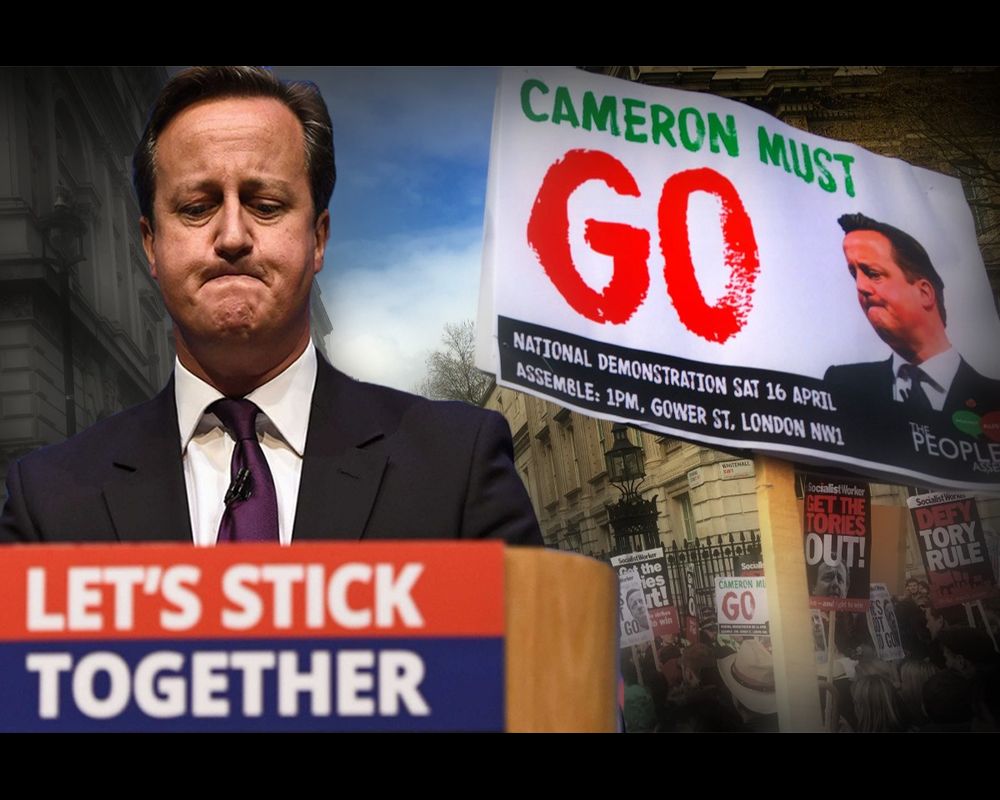 Following the Panama Papers leak, David Cameron has faced relentless scrutiny over his tax affairs. On top of the £30,000 worth of shares in his father’s offshore company, Cameron has also been forced to admit that he was given £200,000 by his mother as a ‘gift’ in order to avoid paying inheritance tax on the money. He has described this as “completely standard, normal behaviour”; it seems likely, however, that a worker in Britain earning an average salary of around £26,500, on which around £5,000 tax would be due, would beg to differ.

In the House of Commons, Jeremy Corbyn, the leader of the Labour Party, put in a strong performance attacking Cameron as an out of touch Tory toff (although not in so many words). He pointed out that the Prime Minister completely failed to recognise that for Tory ministers to be dodging tax and amassing small fortunes while they are implementing draconian cuts and asking people to “live within their means”, is provocative and callous in the extreme.

Dennis Skinner, the veteran Labour MP, was thrown out of the Commons during the debate for referring to Cameron as “Dodgy Dave”, which has spawned a hashtag on Twitter and has been reported internationally as Cameron’s new nickname. The hypocrisy of the Tory speaker of the Commons who ejected Skinner has not been lost on anyone. This man has sat quietly over the past year while David Cameron called Jeremy Corbyn a “terrorist sympathiser” and made jokes about his clothes. But when a Labour MP refers to a Prime Minister who has just been exposed as a liar and a cheat as “dodgy” he is silenced and thrown out.

Government of the rich, by the rich

Needless to say, Corbyn’s own tax return, which he published in full, contain no hint of dodgy behaviour, apart from the fact that the return was filed slightly late and incurred a £100 fine. It is unsurprising that Corbyn has come out of this looking squeaky clean, despite the best efforts of the capitalist press to smear him. His tax return demonstrates that he earns only his salary as an MP and has no savings. One has to wonder whether Labour would have such a strong position on the moral high ground if a Blairite figure like Chuka Umunna, a former city lawyer and frequenter of elite private clubs in London, were still on the Labour front bench. In this respect, the Blairites and the Tories are almost indistinguishable, both terms of their lifestyle and wealth, as well as their politics.

This week’s events have seen the Tories do a good job of reestablishing themselves in people’s minds as the party of the rich and greedy. Cameron declared that “wealth is not a dirty word” in defence of his own personal fortune, and the Tory MP Alan Duncan said that anyone on a low salary was a “low achiever” and had “no understanding of the outside world”. In just a couple of weeks, the true face of the Tory Party has been laid bare and Cameron has found the one cause around which his whole party can unite: the defence of unearned, inherited wealth.

Time to go on the offensive

But whilst Corbyn’s performance over this issue has been one of his strongest as leader of the opposition, for many people a simple trading of tax returns between politicians does not do this issue justice. The enormous anger felt by ordinary people towards this rich, born-to-rule elite imposing austerity on them whilst earning £200,000 per year deserves that serious action be taken.

Corbyn has to move beyond simply posing the question in terms of who has paid their tax and how much they are earning. Inequality, which is the cause of the immense anger around this issue, cannot simply be solved by redistributing people’s income through tax. Firstly, it is the rich, through political donations and economic clout, who directly or indirectly control the political system within bourgeois democracy. The rich and their political representatives are the ones who write tax laws and so, as long as capitalism rules, loopholes and lenient tax schemes will prevail.

Secondly, tackling the problem of inequality must be done at the source, not after the fact. In other words, we should not just be redistributing wealth through taxation; we should be redistributing the ownership of the economy - taking the main levers of the economy out of private hands and putting them under democratic, public control - so that unequal distribution and accumulation of wealth does not happen in the first place.

Corbyn should be raising questions about how the 1% got so rich in the first place that they can pay for expensive lawyers and offshore tax havens to hide their money. He should be asking why we are implementing austerity when there is more money in British offshore tax havens than in the value of British GDP. And he should be asking, as he has done, why the Tories are so unwilling to close tax loopholes and force big business to pay its taxes.

We are the many; they are the few

The only clear answer to these questions is that the rich earn their money by exploiting the rest. It is the working class, the 99%, who produce all the wealth in the world, and yet it is the parasitic 1% who cream all the profits off the top. Capitalism is a system based on greed; once they have squeezed as much out of the working class as possible, the capitalists hide the profits in offshore tax havens to avoid having to pay any of it back to the state in tax. Meanwhile, through bribery, in the form of political donations, and threats, in the form of a flight of capital, this same class of people ensure that the law contains enough loopholes for them to pay as little tax as possible.

In other words, the origins of this tax scandal do not lie with a dodgy Prime Minister and his gang of Tory thieves, but with the capitalist system as a whole. Cheating and lying are embedded into this economic system. The only way to combat this is a root and branch change in society.

Corbyn is asking some of the right questions, but he must now take the lead in offering the answers. He must stand firmly for bold socialist policies that do not stop at demanding that the rich pay their tax, but go further and demand that the wealth of the 1% - and the big businesses that have made them so wealthy - are put into the hands of the people who work for and rely on them; to be run democratically for need, not profit, as part of an international socialist planned economy.