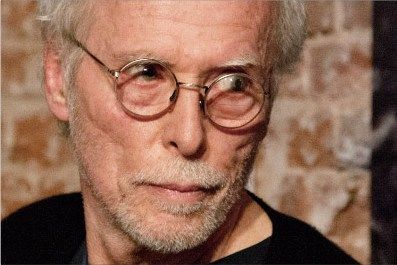 I was shocked and saddened by the news of the sudden death of David King that reached me this afternoon. This is a terrible loss both to the world of culture and history. It is also a great loss to the cause of revolutionary Marxism.

Born in London in 1943, Dave was the art editor of the Sunday Times Magazine from 1965 to 1975. In 1972 he produced Trotsky: A Documentary in a large format. It was an instant success.  Among his many later publications we must mention Trotsky: A Photographic Biography and The Commissar Vanishes (1997) and Red Star Over Russia (2009). All are indispensable for Marxists and for any serious student of history.

I first got to know David some years ago when he kindly agreed to provide us with photos for my book Bolshevism, the Road to Revolution. Together with Rob Sewell and Ana Munoz I went to his house, which resembles a museum. It is chock-full of the most valuable and rare historical material: posters, photographs, works of art – anything and everything connected with the Russian Revolution. 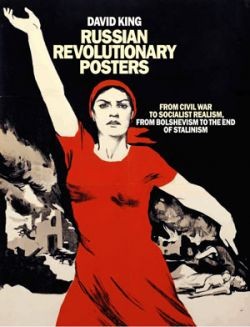 Dave himself was a delightful person. To look at him, one would have thought he was an absent-minded university professor. Certainly, he was a most erudite person and knew everything there was to know about the subject that was his life’s passion: the Russian Revolution and the destiny of the USSR.

As soon as he started speaking, his enthusiasm came bubbling out in an unstoppable torrent. We open a book – one of the many wonderful anthologies of photographs of the Revolution he has published. We stop at a picture of a large group of Bolshevik leaders. Some are well known to us: here is Lenin, Trotsky, Kamenev, Zinoviev, Radek… 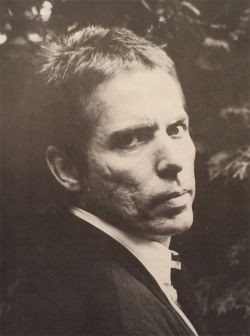 But then Dave continues, tracing everyone with his finger: here is Podvoisky and here is Serebryakov and here is so-and-so and so-and-so. Some we have never heard of. Dave knew them all. Or nearly all. Eventually the finger stops moving. “Now who is he?” he muses and thinks it over like a man pondering the clues of a complicated crossword puzzle. “Can it be so-and-so?” We are naturally unable to help, so he laughs like a child and moves onto the next page.

His laugh was infectious. He had a great sense of humour. More than that: he had a wonderful knack to make history come alive. For David King all those photos were not just dumb museum pieces. They were living history. He made them come alive. He made those personages who have long passed into history speak again.

My comparison with a university professor does not do justice to this man. He had an uncanny ability to penetrate beneath the surface of those old photos and bring out the living characters that lay beneath. He knew the lives of the Bolshevik leaders intimately - and I mean intimately.

While we were here he showed us his latest prize possession. He had a passion (that is the correct word) for collecting all sorts of memorabilia of the Russian Revolution. Among these was a small bust of Trotsky that he had only just received from New York. He explained the story behind it.

Incredibly, the bust was the work of Clare Sheridan, a cousin of Winston Churchill who went to Soviet Russia to make busts of notable revolutionaries, including Lenin, Trotsky and Kamenev. On return, she was ostracized by her family and class, so she went to the USA where she put her busts on show. “She couldn’t fail,” laughed Dave. “The Reds all went to see the leaders of the Revolution and the middle class went to see those dreadful Red monsters!”

The amount of material in that house was simply astonishing. Dave told us that here were some things here that they did not have in the Museum of the Revolution in Moscow and I can quite believe it. Some of the most striking revolutionary posters from his collection can be seen in a special room in the Tate Modern in London.

I can say, however, that I was able to give him some photographs that he did not have. The grandfather of an old friend of mine from university was a journalist for what was then The Manchester Guardian. He went to Russia in 1920 and returned with some photos that as far as I know had never been published and my friend Steve Musgrave had kept them.

I mentioned the existence of these photos and Dave got very excited. When I returned with the photos Dave’s eyes lit up. He was like a little boy who had just opened his Xmas presents. It could not have been often that he saw photos of the Russian Revolution that he did not know existed!

But David King was no mere collector of antiquities. He was completely dedicated to the cause of the Russian Revolution and his books provide a valuable antidote to the constant stream of distortions and lies that nowadays passes for “objective history”. In the simple and direct language of photography, David opens a door that allows us to enter the spirit of those times, marvellous times that the poet Wordsworth captured when he wrote of the French Revolution:

“Bliss was it in that dawn to be alive,

But to be young was very heaven!”

One could say with justice that David King was in love with the Revolution and the men and women who made it. His was no dry-as-dust abstract interest. He believed in it, heart and soul and that searing belief shines forth from every page of his books. And a man that loves is also a man that hates also. To love freedom and justice is to hate tyranny and injustice. In his books we see both the light that shone from a great ideal and also the hell-black night that followed in the Stalinist counterrevolution. Perhaps not since Trotsky has anyone issued such a shattering condemnation of Stalin and Stalinism as we find in these books.

For me perhaps the most impressive achievement (apart from his wonderful book on Trotsky) was The Commissar Vanishes. Here, page by page, photo by photo, he exposes the fraudulent doctoring of photographs carried out by Stalin and his cronies who tried to destroy or falsify the historical record by airbrushing out certain figures and including others, in accordance with the whims of Stalin and the current stage of his Purges. This book, more than any other, restores the truth about the history of the Russian Revolution and its fate.

In this regard it is significant to note that our contact with Dave was renewed recently when we approached him to ask for his help and advice with regard to our new version of Trotsky’s biography of Stalin. Trotsky’s Stalin was left unfinished at the time of Trotsky’s assassination and was later published in a distorted and incomplete version by the translator Charles Malamuth. For ten years we have laboured to produce a new version that eliminates Malamuth’s distortions and puts back all the material of Trotsky that he left out.

Dave King welcomed the news of the new edition of Stalin with every possible enthusiasm. He immediately offered to provide us with photos and other material for the book’s illustration and Rob Sewell and I were due to see him in the next few days to work out the details of our collaboration. Rob rang his number several times last week to make final arrangements but got no answer. Today we found out the tragic reason for this silence. Dave had been in hospital and had passed away this morning.

Dave King is sadly departed. But he will not be forgotten. He has left us a marvellous inheritance in the shape of his books, which are really masterpieces in the art of historical-revolutionary photography. I have no doubt that next year, in the hundredth anniversary of the October Revolution, the books of David King will play a major role in reminding people of what that great event was really about.

In the name of all the comrades of Socialist Appeal in Britain, and of all the members of the International Marxist Tendency worldwide, I express my heartfelt sympathy and condolences to David’s partner Valery and to all his friends and family.

PS I have just telephoned my friend Esteban Volkov, Trotsky’s grandson in Mexico to inform him of the sad news. He dictated the following message to me:

"I am profoundly saddened by the passing of David King, who was a great defender of the historical truth about the Russian Revolution and the role of Leon Trotsky. I knew David who collaborated with the work of the Trotsky Museum here in Coyoacan. His books were a marvellous contribution to the historical record. I admired him and will miss him very much. Please convey my sympathy to his family."