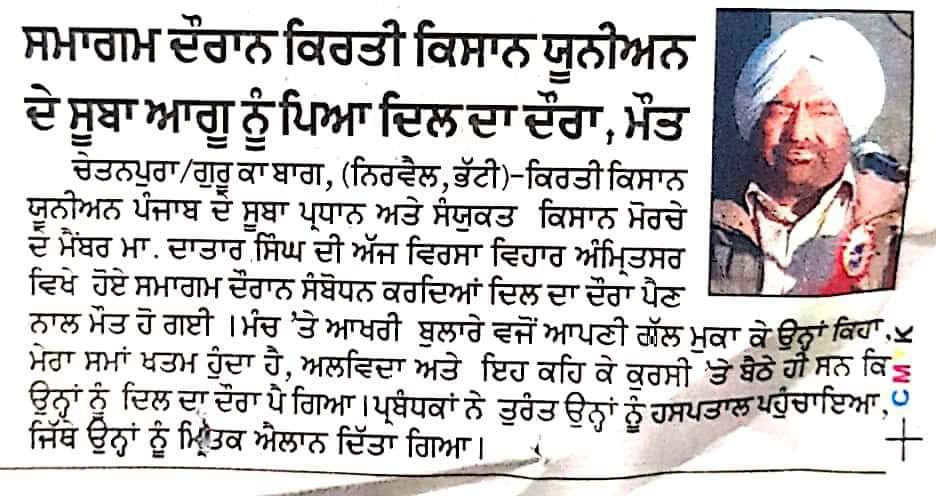 We have received the shocking news that Datar Singh, a renowned farmer leader and a real class fighter, has passed away. According to sources, he travelled from the Delhi sit-in to Amritsar to speak at a rally organised by the farmer activists. In his last speech, he stood firm in his opposition to Modi’s agricultural laws and argued for farmers’ and workers' joint struggle to bring down the government. When he ended his speech and took a seat, he suffered a cardiac arrest which proved to be fatal. He left behind a daughter and a son and millions of farmers organised under his genuine leadership. He was the President of the Kirti Kisan Union in Punjab. This is indeed a great loss for the farmers' movement at such a critical juncture.

We first came into contact with Datar Singh through a student and IMT sympathiser in Punjab. This happened when the Indian farmers' movement had just begun in September 2020, and we intend to interview him to get first-hand knowledge of the struggle. Datar Singh was well equipped with the theory of class struggle, and also had a brilliant internationalist view of the struggle against capitalism.

We held two interviews with him, which you can find published on our website here and here.

Datar Singh's struggle spanned over 40 years in Punjab. He hailed from a family of farmers. He started his career as a teacher. He struggled for teachers' rights and initiated successful campaigns on issues of work, pay and pensions. He set up a radical teachers’ union that became the largest in Punjab to defend teachers' rights. Datar Singh later left teaching and took up farming. He joined the Kirti Kisan Union and later became its Punjab president. Owing to his teaching background, he emphasised teaching class struggle to his union members and cadres. He always connected the current struggle with history, which was a real source of inspiration for farmers.

In the current farmers' struggle, which began after the Modi government passed three anti-farmer laws, Datar Singh was always at the forefront of the movement. His radical ideas were widely received by all farmers in the movement, especially the youth.

Despite his ailing health condition, Datar Singh worked day and night in the Delhi sit-ins and in other cities across Punjab to organise and galvanise farmers against the government under the banner of his Kirti Kisan Union: a union representing small landholdings and landless farmers, also considered the most radical union within the farmers' movement. 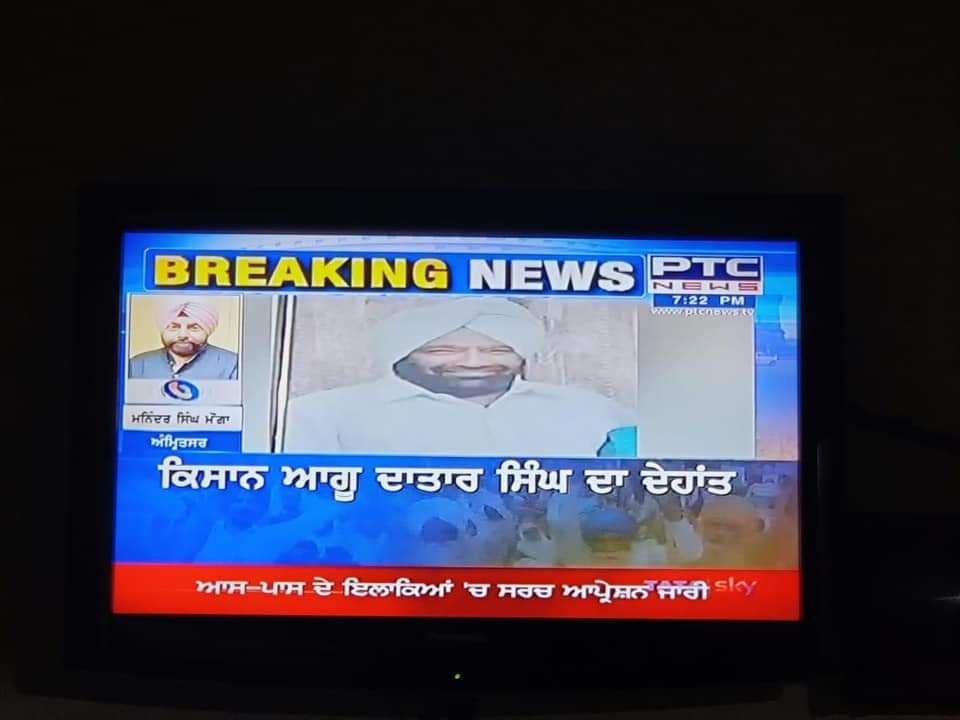 Datar Singh's passing is a significant loss to the Indian farmers' movement. We send our condolences to his family and comrades

The message of Datar Singh was widely received by students and workers worldwide through his interviews, which were translated and published on the IMT website. In his last interview, Datar Singh's message to international students, farmers, and workers was to organise and bring down the capitalist system, which is responsible for all the misery faced in our times. According to Datar, it’s a system that is rotten to its core and playing havoc with the lives of billions of people in poor as well as developed countries. We should struggle together to bring the capitalist system down and replace it with socialism.

We offer our deepest condolences to Datar Singh’s family and comrades. We believe this is indeed a significant loss for the Indian farmers' movement. However, the flame of knowledge and struggle roused by Datar Singh in the farmers and youth will be carried forward by all means. We will stand by all students, youth, farmers and workers who will take Datar Singh's message upon themselves: to fight against capitalism and transform the society through socialism.

Long live the farmers’ struggle against the Modi regime!

Long live the unity of workers and farmers!