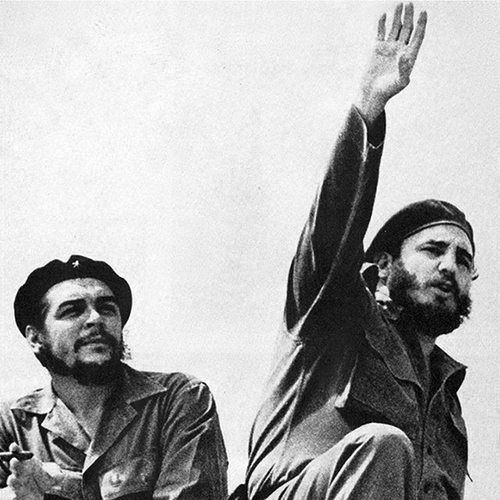 The Cuban revolution of 1959 marks the first time ever that capitalism has been abolished in the Western Hemisphere. Cuba gained independence from Spain in 1898 only to fall under the domination of US imperialism. For decades the struggle for national independence and against imperialism was closely linked to the struggle against class oppression, with the Cuban bourgeoisie intimately linked to the US ruling class. Figures like Julio Antonio Mella, the founder of the Cuban Communist Party and Antonio Guiteras argued that national liberation could only be achieved through the struggle for socialism.

The Stalinist degeneration of the Communist International led the Cuban party to adopt the two-stage theory and give support to Batista on the argument that he was on the side of "democracy against fascism" during WWII. The young revolutionaries who wanted to overthrow Batista's regime were therefore not attracted by the Communist Party. In 1953 they attempted a daring assault on the Moncada barracks which had the aim of sparking a national insurrection. They failed, but gained nationwide recognition. Fidel Castro and his comrades eventually went into exile in Mexico from where they planned a landing in Cuba in 1956 which led to a short guerrilla war.

Having come to power on a program of national and democratic progressive reforms, they soon came into conflict with US imperialism and its lackeys in the local bourgeoisie. By consistently pushing for their national democratic program they ended up abolishing capitalism, though that had not been their original intention. All the gains of the Cuban revolution can be attributed to the expropriation of the capitalist class. Having failed in their attempts to spread the revolution to other countries (including Che Guevara's tragic death in Bolivia in 1967), the Cuban leadership became closely aligned with the Soviet Union, which also set its bureaucratic stamp in the island.

The collapse of Stalinism in 1989 left the small country completely at the mercy of the world market. The danger is that market friendly measures taken in order to address the economic problems facing the Cuban revolution can end up in the restoration of capitalism. The country still faces a fierce assault by US imperialism, renewed and strengthened under the Trump administration. Ultimately, the fate of the Cuban revolution depends on the struggle for genuine workers' democracy and the spreading of socialist revolution to other countries in the region and beyond.