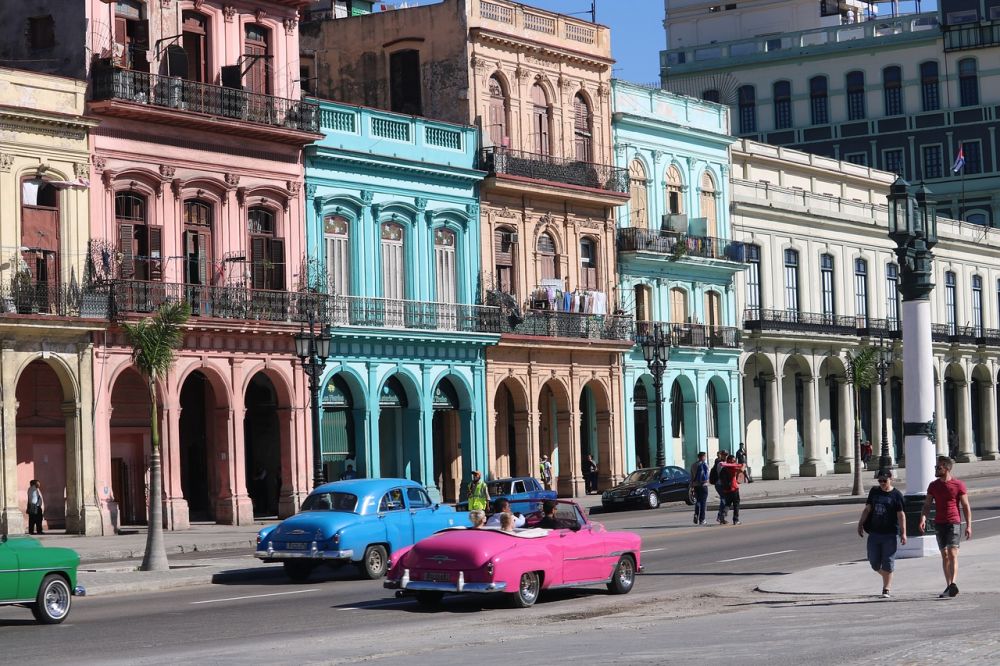 The Spanish Marxist journal, El Militante, recently interviewed Frank Josué Solar, a Cuban university lecturer and communist. As he says, “the only way out is the extension of the revolution throughout Latin America to create a socialist federation.”

El Militante: What would you highlight on the situation in Cuba during the last year?

Frank Josué Solar: The most important feature was the shock provoked by Fidel's illness. He made a call for calm at the time, contrary to the expectations of the enemy. The United States was hoping and working for an insurrection or something like that. The reaction of the Cuban community in Miami was illustrative for the Cuban people; they came out like a pack of wolves. This gave us an idea of what capitalist restoration and the return of these people would really mean for Cuba. They seemed like wild beasts. This actually generated cohesion and unity in Cuba; for example, crime levels decreased.

This year has been very quiet, which is exactly what the United States doesn't want. The government gave out some tasks to its members, and close relations with Venezuela continued. The best gifts that Fidel received were the visits of Hugo Chávez.

Fidel remains the highest authority of the revolution - the indisputable leader. Raúl's authority is seen as more linked to every day problems (food, transport, etc). For example, he has organised the movement of urban agriculture, to create vegetable gardens in cities and villages. Today these gardens guarantee the greater part of vegetables consumed in the cities. Raúl has said that Fidel can only be replaced by the Party. To me this is very important, because I believe that the Party will be one of the guarantees for the revolution to continue, though I do not think this is the most important one.

The fundamental guarantee for the continuation of the revolution is the deepening of the mechanisms of popular democracy - the development of a collective process of decision-making on a popular level and controlled from below.

It is necessary to change things that have not worked, mistakes that have been made, and things that were copied from the Soviet model. This idea of constant change and deepening of the revolution relates to the Marxist theory of Permanent Revolution. Raúl said that these changes come out of a public debate, where all popular sectors of Cuban society must take part, where all problems are posed and solutions found.

El Militante: Do you think that in Cuba there could be a situation similar to that of China, with the introduction of market measures in a planned economy?

FJS: What I think is that in China, socialism has receded, especially on the level of private property. At the beginning, when the economic reforms started in China, the intention was to keep the most important levers of the economy in the hands of the state. Today however, they are being privatised. There have been significant steps backwards in the social conquests of the revolution. I do not think that this is a viable model. Somehow, you have a great superpower which consumes enormous amounts of raw materials (like oil), but only a minority benefits from this process, while other invisible sectors of society are really feeling the burden of all these reforms.

In Cuba, we all know that these market reforms have provoked inequality in our society. Fidel himself has insisted very much upon this: "China is not a viable model!"

El Militante: "What is the relation between the Cuban revolution and the international processes taking place, especially in Latin America?"

FJS: Step by step Cuba is coming out of the "special period" that followed the collapse of the Soviet Union. It is not a linear process, but one with contradictions. Cuba has been very vulnerable to the fluctuations of the international economy, which is a proof of the impossibility of socialism in one country. At this moment in time, Cuba imports the majority of its food and in the last year the world market prices have skyrocketed. The economic projects with Venezuela, Bolivia, Nicaragua, etc., have helped to lay down some ambitious measures, like building new housing. However, if the scenario is one of continued isolation of the revolution, without socialism spreading to other countries, and within a context of introduction of market reforms, then I believe that we would see the strengthening of the sectors most in favour of capitalist restoration. There you could have a breach, a split.

The key to the question is the following: in a socialist transitional economy, which is isolated and blocked with very scarce material resources, (we are not talking about the USSR,) and with the most powerful imperial power only 90 miles away, you can apply markets reforms and survive, (as the Bolsheviks did with the NEP); but it is essential that this be only a life-belt measure - a transitory measure. It cannot be the solution.

El Militante: "What in your opinion is the most favourable scenario for the revolution to advance?"

FJS: The true solution is to integrate ourselves with other socialist economies. That is to say, the only way out is the extension of the revolution throughout Latin America to create a socialist federation. Thus, we could complement each other and our cooperation would not be based on the market, but on a plan. That is why Venezuela is so important. What happens in Venezuela is the key for the situation in Cuba. If the revolutionary process advances in Venezuela, if the move towards socialism and the revolution is completed, that would mean a tremendous impulse for Cuba.

Fidel has been warning for some time already about the ill symptoms of a capitalist system in decay, which is leading the world into a terrible disaster - even to the destruction of humanity. I believe that the only way out, not only for the Cuban revolution but also for the rest of Latin America and the world, is socialism. Socialism has always been the solution, but today we must add that there is no time to experiment with other things. The senile decadence of capitalism has reached such a point that it has taken humanity to the verge of disappearance. That is why we must hasten the revolutionary processes in Latin America on their way towards socialism, because that is the only way to sort out our problems. The theory of the permanent revolution is valid today more than ever before. I think that that is the ideal scenario for the Cuban revolution and Latin America.