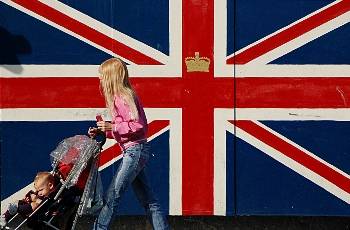 Figures recently published by the Office for National Statistics have revealed that those living in the wealthiest London boroughs enjoy their good health for, on average, 18 years longer than those living in the poorest areas. Capitalism is literally making life a misery for an increasing number of working class people in Britain, and what is becoming clearer and clearer is that if we don’t break capitalism’s hold on society, then it will be capitalism that breaks our society apart even more.

According to the figures, women living in Richmond can expect 72 years of “healthy life” compared with just 54 years for women in Tower Hamlets. Men in Richmond have a life expectancy of 81.5 years, of which 70.3 are classed as “healthy”, but that figure drops to a life expectancy of 77.2 years of which just 56.5 years are “healthy” for men in Tower Hamlets. The figures give a national picture as well, with women in the South East expecting 67 “healthy” years whilst women in the North-East can only expect 60.2 “healthy” years.

In response to these statistics Dr Andy Mitchell, medical director of NHS England’s London region, said “It needs a rethink about how primary care is delievered and how we transform the whole hospital system...” But while the health chiefs are thinking about a rethink, the elephant in the room is the £20 billion cuts that are being forced on the NHS by 2015. If the NHS can’t prevent an eighteen year difference in healthy life expectancy between rich and poor at the moment, how on earth can it expect to do so after having its budget cut so dramatically? Simply calling for a “rethink” seems more than a little inadequate.

In any case, the healthy life expectancy disparity is caused by more than just poor healthcare. A good diet is essential for good health, but with as many as three new food banks opening every week in Britain, it is clear that a growing number of people cannot afford to buy any food, let alone healthy products. As autumn takes hold the temperature in Britain is beginning to drop, but this year, according to the London Evening Standard, more people than ever before have said that they’re planning to hold out until at least the beginning of November before switching on their heating. The extortionate cost of energy is forcing people to suffer the cold for longer, with a corresponding detriment to their health.

Furthermore, recent research by the University of California has concluded that living with less stress improves the protection of our genetic code from damage, helping us to stay healthier for longer. For working people a life without stress is an unrealistic dream. The UK has seen a 5.5% drop in real term earnings since 2010, while prices have continued to increase at an alarming rate. The stress of paying the bills and struggling to maintain a decent standard of living cannot help but take its toll on the health of working people in Britain.

Solving the problems of poor healthcare provision, increasing demand for food banks, sky-rocketing energy prices, falling wages and crippling stress at a time of economic crisis is impossible under capitalism. To solve these problems it is necessary to stop the privatisation of the NHS, take the supermarkets and the utilities companies into public ownership, and nationalise the banks and other big monopolies so that their money can be used to fund a massive programme of investment in public services like the NHS.

If we place our hopes in nothing more than a “rethink” then we will be condemning ourselves to watch the current healthy life expectancy gap of 18 years grow and grow. Without a break from capitalism the rich will get richer while the poor get poorer. Only a socialist plan of production offers a way out of this downward spiral.

Source: Eighteen years of good health: the cost of inequality in London