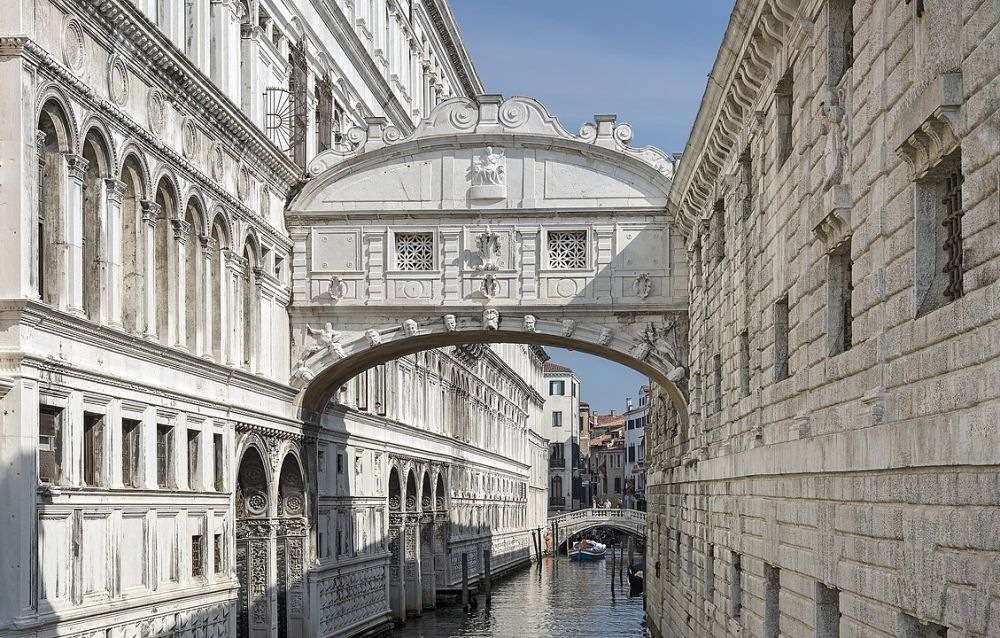 The effects of the capitalist crisis are being felt at every level of society. As reported in a Time magazine article in April, this also includes the preservation of historical sites. As the cash-strapped European states race to cut public spending and slash budgets, the historical achievements of mankind crumble under paltry allotments for cultural preservation.

In Italy, a country with more UNESCO World Heritage sites than any other, the Berlusconi government slashed cultural spending by $1.7 billion in the last three years of its reign. The Italian government has set aside a mere 0.2% of its national budget to be used for repairing and maintaining its many historical sites, including the Colosseum, the Doge’s Palace in Venice, Pompeii, and the Valley of Temples in Sicily. The state has increasingly turned to private interests to foot the bill—for a price.

Business and private interests contributing to cultural preservation efforts is far from new. Yet, what we are seeing now is something qualitatively different. With the state becoming increasingly desperate for funds, the capitalists have become more and more emboldened, making greater demands in exchange for their money. In Sicily, the mayor of Agrigento plans to auction off the rights to the commercial use of images of the Valley of Temples. This would give clothing companies the exclusive rights to produce products featuring these treasures of humanity.

Venice’s Bridge of Sighs at the Doge’s Palace spent most of 2010 covered with giant billboards from the bank who sponsored its restoration, and Diesel has agreed to undertake similar restoration in the city. Likewise, the rights to the Colosseum were auctioned off in exchange for restoration. Two companies involved wished to drape the site with banners and advertisements, but the winner, Diego Della Valle of the Italian shoe maker Tod’s, has graciously decided against doing so himself. However, he is still entitled to print Tod’s advertisements on admission tickets, and to use the image of the Colosseum in the company’s ads.

This is only the beginning of such privatizing efforts. A mere glance at photos of the Bridge of Sighs covered with giant ads makes it clear why the capitalist class is undertaking such “preservation” efforts. The bourgeoisie is reeling from the capitalist crisis and is desperate to find new ways to generate revenues. They will squeeze as much as they can out of these deals while giving little as possible. After all, they are making an investment and their interest is to maximize their returns. They are not in the restoration business; they are in the business of making profits.

The irony of the situation is that, due to years of decreased spending by the Italian state, the sites are deteriorating at an increased speed. Of course, this has not stopped them from charging entry fees and making money from the roughly 45 million tourists eager to view the sites each year, regardless of the safety for either the sites or the tourists themselves (a chunk of mortar fell off of the Colosseum during a tour in 2010)!

The cultural level of a society rests upon the strength of its mode of production, and thus the ability of its ruling classes to support the growth of arts and education; one must be able to first eat and obtain a relatively stable living before anything else. A historically ascendant society has the ability to produce cultural works that are far superior to that of one in a period of decline, in which the mode of production has reached its limits and comes into conflict with the relations of production.

Both the Colosseum and the Doge’s Palace are products of ascendant societies. The Colosseum, built between 72 and 80 A.D., was the product of the expanding power of imperial Roman slave society, and the artistry of the Doge’s Palace, finished by the mid-15th century, was made possible by the growth of capitalism within feudal society through trade and the production brought by it in the Venetian Republic.

Even a superficial comparison of the architecture and art of the late Roman empire to the period of the earlier Colosseum shows a distinct drop in the level of technique as the economic base of the empire reached its limits. Furthermore, the Colosseum and other great works of Roman architecture, suffered greatly at the hands of city dwellers during the “Dark Ages” that followed its collapse. The inside of the amphitheater was gutted for its stone blocks, which were used for various other dwellings, and the marble façade was burned in order to make quicklime. The spaces in the arcades were rented out, and in the early 13th century, it was even fortified and used as a castle.

These priceless sites are again threatened by the ravages of a society in historical decline. Whereas the capitalist class once sponsored the reclamation of ancient sites from the unkind years of feudal decay for the purpose of education and enjoyment, in the period of their decline they are seen as mere sources of lucrative speculation.

The Albanian government has leased out many of its historical castles, leading to untold damage from business ventures such as restaurants and even cell phone towers. In Turkey, a 127-year-old cinema was sold, and is now closed to make room for a shopping mall. There has been talk about privatizing the whole of Pompeii, which has allegedly attracted some thousands of foreign companies. This is the sign of a ruling class that can no longer serve the interests of humanity in even something so basic as preserving our human heritage for future generations.

Even the mayor of Agrigento, Marco Zambuto, who is in favor of auctioning off the rights to the Valley of Temples, thought that foreign capital outright buying Italian ruins—an idea suggested by the Russian billionaire Mikhail Prokhorov—was “simply unthinkable.” Other officials have raised concerns over this method of raising money, yet they can offer no other real solution.

The fact is that under capitalism, there is no other solution, and the bourgeoisie and their representatives are incapable of developing the means of production or preserving the past in any meaningful way. The very question of who should be maintaining historical sites illuminates the situation with stark clarity: workers are being told that there is no money, that we have to tighten our belts—and yet, private businesses are putting down millions that allegedly “weren’t there.” They are sitting on enormous reserves of cash created by the working class and yet are unable to do anything productive with it.

With a democratically planned socialist economy, we could ensure the resources to properly care for historic sites by developing better methods for restoring and preserving them as the level and technique of production increases. The future of our ancient treasures can only be assured by the one force in society that represents the future of humanity itself: the world working class.