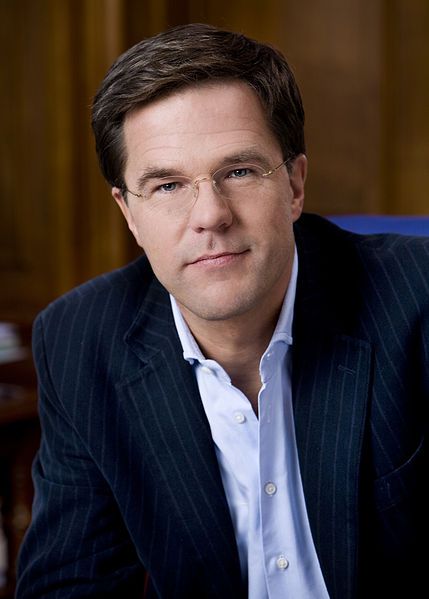 The Dutch government has collapsed. After seven weeks of discussing a new austerity package, rightwing populist Wilders decided to stop supporting Rutte’s coalition of Christian Democrats and rightwing Liberals. Centre parties in parliament now have ‘saved the day’ and helped to implement a smaller package of austerity cuts before the September general elections.

The official reason that Wilders gave for his withdrawal was that “elderly people will see their living standards decline too much, because of some enforced rules from Brussels by which we can’t have a budget deficit of more than 3%”. We certainly agree with the first part of the sentence. However, Wilders previously supported the 3 percent rule, especially when it came to this being applied to Southern European countries like Greece. As some infuriated rightwing politicians have stated, the Netherlands were in fact the creators of this rule as they had the EU presidency during the talks that led to the Maastricht Treaty. This rule is particularly in the interest of EU-countries like the Netherlands and Germany, as it is those that will mostly have to pay for the bail-outs of the other EU-countries. Rutte’s party, the VVD, has stated that the 3% rule is sacred and will not be violated. This is quite logical. If the Dutch violate their own sacred rule, why should Spain, Portugal, Italy or Greece follow it? Especially when governments in these countries risk provoking a social explosion by sticking to these harsh criteria.

The fall of this cabinet can be seen as a temporary relief for the workers, students, elderly, poor and sick. There was an agreement on a whole package of austerity cuts, until Wilders decided he did not want to be responsible for these.

The measures included an increase of VAT (both the lower and the higher rate), a wage freeze, the replacement of all the student grants by student loans, a rise in the pension age from 65 to 66 by 2015, liberalising the housing rents and making the sick pay a 9 euro fee for each medicine prescription.

The centre parties ‘save the day’

While it is a temporary relief that these measures will not be implemented right now, the workers movement should not lower its guard. It is not sure yet what the coming elections in September will lead to. It is clear however that a part of these cuts will be implemented.

Three parties (D66, ChristenUnie and Groenlinks) now have made an agreement with the remaining government parties on how to cut in order to get the budget deficit below 3%.

There will be a wage freeze in the public sector, and a rise of the higher rate of VAT from 19 to 21%. After that, the pension age will rise to 66 in 2019 and there will be less protection against dismissals. They managed to reverse some of the worst policies already implemented, like the cuts in special education for children who need extra attention, and the cuts in environmental protection. However, what they are doing is helping Rutte in maintaining the Triple A Status for the Netherlands, with a package of measures which still will be paid by the working class, and not by the rich. In the media these parties are lauded as being “responsible” and for putting the “national interest” before their own.

The role of Wilders

Geert Wilders - Photo Zie OnderThe bourgeoisie never totally trusted Wilders. Before the last general elections, the leader of the biggest employers’ organisation VNO-NCW, stated that the Netherlands could have any coalition to implement the necessary cuts, as long as the Socialist Party or Wilders’ Freedom Party were not included. There are two reasons for this. On the one hand, to keep his popularity, Wilders has shifted from a neoliberal position to one that pays lip service to defending the welfare state. Of course he has already made a lot of compromises on this, but his opposition temporarily obstructed the government’s attacks on the minimum wage and workers’ protection against dismissals. They also feared that Wilders anti-Islamic stance would lead to a more dangerous situation for Dutch investments in Islamic countries, and that his anti-EU stance could worsen the problems in the European Union.

There was another wing that saw Wilders as a possible ally. Ideologically, he was attacking leftwing parties, immigrants, art and culture, the public broadcasting system and green politics. If they could tame him and turn his party into a respectable bourgeois party, there would be an ideal climate for austerity measures, they thought. There were some problems however. The Freedom Party is a party based around Wilders himself. He decides what happens. As he wants to remain popular among the ‘native Dutch’ working class, he is very unreliable. He demagogically opposed the European bail-out measures from a nationalist point of view, so the cabinet had to rely on the centre-left to push these through. After that, Wilders made some very provocative statements recently during the visit of the Turkish president Gül. The process of taming Wilders has failed. Putting financial pressure on him won’t work easily either. While there is not yet transparency around the party funds, it is rumoured and partially confirmed that the Freedom Party is being funded by big rightwing lobby groups in Israel and the USA! Because Wilders has put his own interests before the ‘national interest’ (that is the bourgeois interest), he won’t be part of a new coalition again very soon.

The September parliamentary elections will be very important for the left-reformist Socialist Party (SP). In the polls they have around 30 seats (20% of the total seats), an all-time record. They have doubled in popularity since Rutte formed his government in 2010 and are now fighting over the position of biggest party with the VVD.

They are more popular now than the traditional Labour Party (PvdA). The Labour Party is under pressure to shift to the left in order to recover some of its electorate. The new party leader Diederik Samson is more to the left than any other leader in the last 20 years. However, the party is still in a crisis. There is a considerable rightwing reformist section that wants to leave leftwing policies in order to neutralise the SP, while they keep themselves busy with ‘responsible’ policies, i.e. working together in a broad coalition for cuts and ‘reforms’.

However, the more leftwing section fears that the SP will grow more in that case. The Labour Party thus is in an uneasy position. When the centre parties signed the agreement, the Labour Party, leaning to the left, refused to cooperate, which now has led to a clash between the two wings of the party.

Wilders’ Freedom Party has lost popularity too, due to the support it gave to the latest government. Now that it’s free from responsibility, it will try to present itself as a social alternative and as representing the Dutch people against the European bureaucrats.

Of course many things can happen until September 12th, but it is clear that while the SP will grow and the result will be polarised, there will be a lot of pressure to forge a broad ‘responsible’ coalition, excluding the Freedom Party and the Socialist Party.

On the other hand, with a big SP, there will also be a wing of the ruling class that would like to include them as part of a big coalition, in order to neutralise them. The SP should resist this, and struggle for a leftwing socialist government. That will also be an opportunity for the other leftwing parties to show their true colours. As we described above, there is a left and a right wing in the Labour Party. Groenlinks (Green Left) originated as a coalition of greens, communists and pacifist socialists, but the liberal-green wing of the party now dominates, while there is a sizeable left opposition in the party.

A leftwing-socialist government would be the only way forward. However, while the SP has a good programme which defends the interests of the old, sick, the working class and youth, there remains vagueness on how to reach these goals. While the SP (together with Labour and Freedom Party) does not see the 3% rule as sacred, they keep saying that cuts somehow are necessary in the long term. They propose a Keynesian stimulus package to get the economy working again. As we explained in other articles, such a package on its own does not get the economy out of a slump. It can lead to inflation, which will hit the poor the most (just like the rise of the VAT).

The only alternative to capitalist austerity would be to nationalise the big banks and multinationals under workers control, and refuse to pay the ‘national’ debt to the loan sharks. Only when working people have control over the economy, the program of progressive reforms of the SP could be realised.