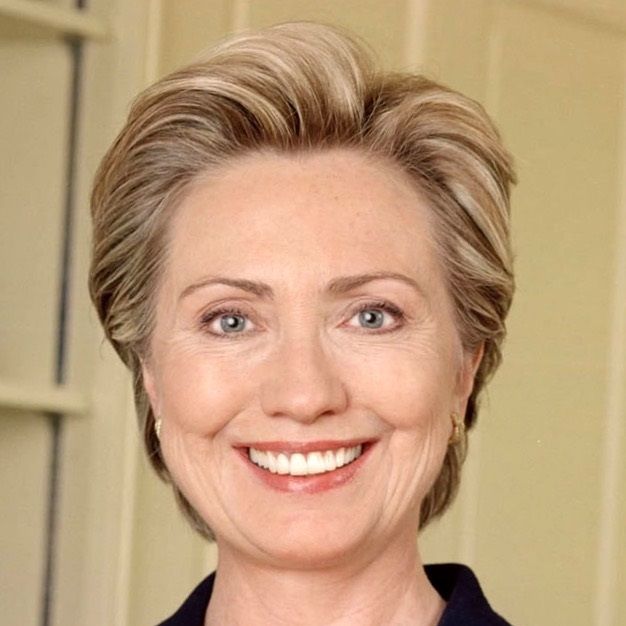 It is now quite clear that the US establishment has made its choice: Hillary Clinton is the favorite of the decisive sectors of bankers, industrialists, military brass, the conservative trade union leaders, and even key leaders of the Republican Party itself.

A September 23 Wall Street Journal article pointed out that not a single Fortune 100 CEO has contributed to Donald Trump’s campaign, while 11 have donated to Clinton. By contrast, in 2012 the last Republican standard bearer, Mitt Romney, garnered the support of one-third of these executives, as against only 5 for incumbent President Barack Obama.

These CEOs cite Trump’s inflammatory remarks against Mexicans, blacks, women, and others as fear factors for setting uncontrollable opposition forces into motion should he be elected. What is more, Trump’s populist rhetoric has stirred up popular resentment against the big business interests he was born into and has rubbed shoulders with his entire life.

In an October 10 New York Times editorial, Wall Street financier Steve Rattner noted that “no Republican presidential hopeful in memory has been so unpopular in the business community . . . At a board meeting two weeks ago, I chatted separately with two prominent Republican businessmen. One, the chief executive of a Fortune 100 company, said that he had never voted for a Democrat but couldn’t support Trump. The other, a private equity investor who had voted Democratic only once, said that he was so scared of a Trump presidency that he has donated ‘every cent possible’ under the campaign finance rules to Hillary Clinton.”

Although various police unions have endorsed Trump, Clinton has compiled a longer and more impressive list of endorsements from retired military officers than Trump, according to the October 15 online issue of PoliticsUSA. The Clinton campaign also enjoys the support of practically the entire labor leadership.

United against the working class

The capitalist media have taken their cue from above and have gone after Trump with a vengeance. Trump has not received the editorial support of a single major American newspaper. One, the Arizona Republic, endorsed a Democratic presidential candidate for the first time in its 125-year existence, writing that “The 2016 Republican candidate is not conservative and he is not qualified.”

2008 Republican presidential candidate John McCain has rescinded his endorsement, and an October 9 USA Today survey found that “more than three dozen governors, senators and US representatives have decided not to vote for their party’s nominee.”

Donald Trump is thus an outsider, a loose cannon, an uncontrollable element who speaks without thinking, shoots from the hip, and cannot be trusted by the rulers to competently administer the state power in their collective interest. The ruling class is now employing every means within its grasp to defeat him. They have swung virtually all their support behind the only candidate they now trust to defend their interests: Hillary Clinton.

Hillary and her husband Bill, while not having been born into the same great wealth Trump has enjoyed, nevertheless have parlayed their governmental “service” and their national and international political connections into a vast $2 billion financial empire and an estimated personal wealth of $111 million.

Both candidates are rich, and both are devoted to promoting the interests of their class against the rest of us. Still, the rulers have decided that Clinton is their candidate.

Will a Trump victory mean fascism?

Even though Trump is now given only an 8% chance of winning election as of October 18—according to New York Times forecasts—there are numerous elements among rank-and-file supporters of the Democratic Party who keep pounding the relentless, monotonous drum beat, the central tenet of Clinton’s campaign: Trump is a dangerous man who will bring fascism to the US, and must be stopped at all costs.

This is utter nonsense.

Leon Trotsky, who knew more than a little about the subject, summarized in a few short lines the world’s historical experience with real fascism:

“In all the countries where fascism became victorious, we had before the growth of fascism and its victory, a wave of radicalism of the masses; of the workers and the poorer peasants and farmers, and of the petty bourgeois class. In Italy, after the war and before 1922, we had a revolutionary wave of tremendous dimensions; the state was paralyzed, the police did not exist, the trade unions could do anything they wanted – but there was no party capable of taking the power; as a reaction came fascism.

“In Germany the same. We had a revolutionary situation in 1918; the bourgeois class did not even ask to participate in the power. The Social Democrats paralyzed the revolution. Then the workers tried again in 1922–23–24. This was the time of the bankruptcy of the Communist party—all of which we have gone into before. Then in 1929–30–31 the German workers began again a new revolutionary wave. There was a tremendous power in the Communists and in the trade unions, but then came the famous policy of Social Fascism, a policy invented to paralyze the working class. Only after these three tremendous waves, did fascism become a big movement. There are no exceptions to this rule—fascism comes only when the working class shows complete incapacity to take into its own hands the fate of society.”—Leon Trotsky, “Some Questions on American Problems,” August 1940.

Let us repeat, for emphasis: “There are no exceptions to this rule.” Never have been. No reason to expect any.

Trump has provided a public platform for those who embrace racism, sexism, and xenophobia. As result, more people are openly using such rhetoric. However, this is not the same as fascism. Fascism is a mass, well-organized movement that encompasses not only the most conservative layers of the population—above all the “enraged petty bourgeoisie”—but is also organized politically, with support from key elements of the state apparatus, such as the military. Far from embracing Trump, the decisive sectors of the Republican Party and the military hierarchy have rejected Trump and fear the consequences of his winning.

Fascism is therefore not on the agenda for the US in 2016. We are still at the very beginning of the cracking and crumbling of the established parties and institutions, under the pressure of capitalism’s insoluble economic and social crisis. Out of the events to come, we will face opportunities to build new parties and unions that can win power and lead the socialist transformation of society. Sooner or later, in one form or another, a mass party of the working class will develop and the unions will be transformed into fighting organizations.

What would a Clinton victory mean?

The plain fact of the matter is that the Clinton campaign is reduced to raising this fictional fear of fascism because it has nothing of substance to offer the masses of workers and youth upon whom it must rely to win election. Continued cuts to social programs, the gutting of education, more military assaults around the world, and the ongoing use of police brutality against innocent civilians—that’s what’s coming under the next presidency, regardless who is elected. And with the “business cycle” having surpassed its apex, the new recession on its way will surely mean even greater unemployment, more home foreclosures, and deeper indebtedness for those of us who depend on wages to live.

A vote for Hillary Clinton in 2016 means exactly what it would have without her happy circumstance of having that vile clown, Donald Trump, as a foil: a vote for continued rule by the exploiters and oppressors, with all its associated brutality and misery; in a word, a vote for capitalism.

We should not be drawn into or distracted by this filthy drama. Our task is to prepare ourselves for the future by studying history and Marxist theory, educating ourselves and others, and joining the struggles of those who are fighting for their right to a civilized existence. By learning and applying these lessons, we can succeed where others have failed. We might not have a horse in the race today, but we can start getting ready now for when our day comes. We invite those who want a better future for humanity to get organized in the ranks of the IMT.