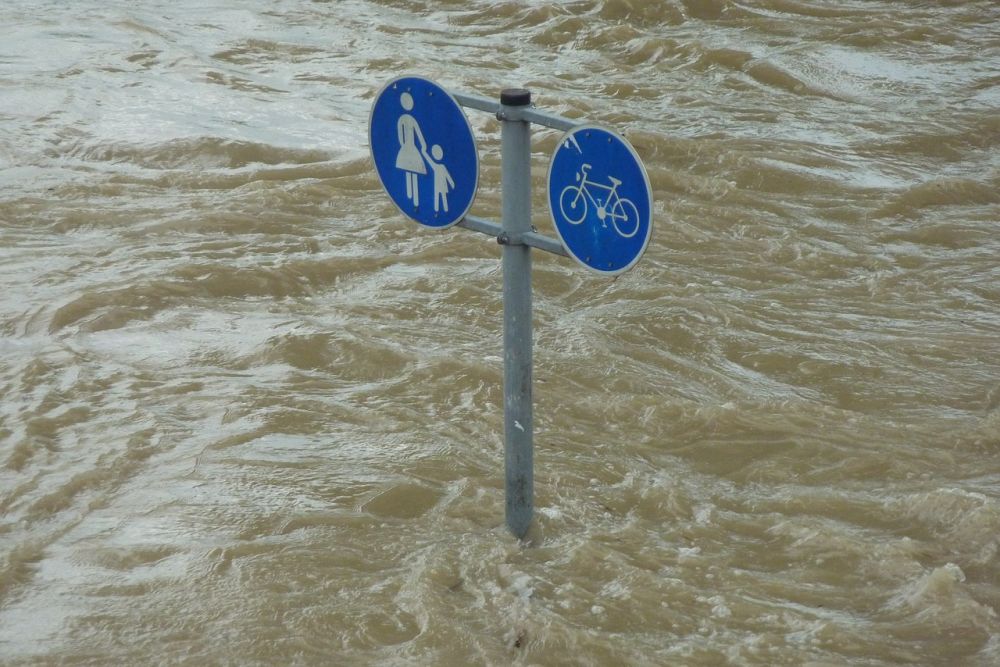 In contributing to the debate, Mike Palecek states that, "The idea that we could rule out solar activity as a factor in the climate of this planet is absurd, but this is the false dichotomy that is presented by global warming deniers. They misrepresent the consensus position among climatologists by reducing their understanding of contributing factors to CO2 and CO2 alone.

I don't have time for a comprehensive response to comrade Baker about his recent article, but I thought I would answer some points that haven't been addressed yet by other comrades. These conspiracy theories are nothing new. The article in fact follows exactly the line that a great number of global warming deniers put forward - most famously in a documentary called The Great Global Warming Swindle. Anyone who has five minutes and access to a search engine can find many responses these so called scientists.

Most of the arguments presented are either inaccurate or utterly pointless. The global warming deniers use a mixture of false dichotomies, attacks against scientists instead of science and plain misrepresentation of data. These are the same methods used by those who argue that the twin towers were blown up by a secret branch of the US government, or that humans never landed on the moon. While such arguments may sound convincing to anyone not familiar with the science behind them, they can be dispelled fairly quickly.

But there is an important question that must be answered; what is a socialist perspective on climate change? I attempt to answer this in the last part of the article.

The Sun as the driving force of climate change

Many global warming deniers will point to the correlation between solar activity and temperatures on Earth. It is very easy to produce graphs showing this correlation (that is up until the early 1980's when there was a rapid departure) that serve as compelling evidence to the layman. After all, if the solar activity increases match up with temperature increases then they must be the cause of the problem right? Well, not exactly.

There is no denying solar activity is one of the biggest factors in shaping the climate. What is missed is that it is not the only factor. The other variables in the equation are the composition of our atmosphere and the general reflectivity of the surface of the earth. These factors determine how much solar energy is absorbed and for how long it is retained within the atmosphere. While we would expect a correlation between solar activity and temperature changes, it is the content of the atmosphere and reflectivity of the surface which will actually determine the degree to which the planet heats up and cools down during these variations in solar activity.

Consider as an example the effects of a light being shined through a prism. If one were to turn the light on an off, the rainbow shining on the wall would disappear and reappear. So the argument could be made that the light is the determining factor. But this would only be half right; the prism of course plays an equally important role in the projection of the rainbow.

The idea that we could rule out solar activity as a factor in the climate of this planet is absurd, but this is the false dichotomy that is presented by global warming deniers. They misrepresent the consensus position among climatologists by reducing their understanding of contributing factors to CO2 and CO2 alone. They then disprove this fallacy and argue that this discredits the whole theory. In reality there are many factors contributing to our climate, but CO2 and changes to the earth's land masses are factors that are becoming more important and it is the activity of humans on earth that is responsible for this change.

I must begin by pointing out the disservice Al Gore did to climatology in his film "An Inconvenient Truth". The filmmaker dramatizes nearly every aspect of climate change in an attempt to frighten the audience into taking his points seriously. One of the most important points is the relationship between CO2 and temperature in the ice core samples. While Al Gore does not say outright that CO2 was the cause of these temperature changes over the last 600,000 years, he strongly implies it and points out the correlation. This has given global warming deniers ammunition, but the whole thing is based on false science.

This is another example of the false dichotomy put forward by climate change deniers. They begin by stating a fallacy that mainstream climatologists believe carbon dioxide has always been a driving force in changing climates. They easily disprove this nonsense and then use that point to argue that all of climatology's research is wrong.

The truth about CO2 is more concrete. Humans are currently releasing about 30 billion tons of carbon dioxide into our atmosphere every year. This may be a small number compared to the total mass of the atmosphere, but it is enough to really throw off the balance. CO2 currently accounts for anywhere from 9% to 26% of the total green house effect. With that in mind it is easy to see how even a small increase in CO2 levels in the atmosphere can have a large effect.

If the models that have been predicted by mainstream climatologists hold true, then over the coming decades humanity will face a crisis unlike any we've ever seen. Al Gore can continue his melodramatic ranting about the oceans suddenly rising drowning hundreds of cities, but the real threats that we will face in our life times are more subtle. If the average temperature rises by just a few degrees, it will wreak havoc. Weather patterns will change leading to stronger, larger and more frequent storms. Some parts of the globe will face drought, while others will see monsoon like rains. All of this will threaten our agricultural system and could lead to massive crop failures. Ocean currents will change along with temperatures, threatening fish stocks and marine life in general. And like every other crisis capitalism has to offer, it will be the working classes and poor people around the world that will suffer.

One thing we can state definitively is that the capitalist system is completely incapable of responding to this crisis. The ruling class uses climate change as a stick to beat down the workers. Here in British Columbia, Gordon Campbell's government has introduced a "carbon tax" on gasoline that will raise the price of gas by over ten cents per litre. They have promised that this tax will be revenue neutral, which means they will take the money earned from it and give it away to the big corporations. There is also talk of bringing in a federal "carbon tax". They talk of creating a "cap and trade" system for carbon emissions, thus creating a market for carbon credits without actually reducing emissions. And more importantly, they are completely incapable of planning the use of our natural resources in a sustainable way.

A sustainable economy and a plan to deal with climate change and carbon emissions will never be developed in fiscal quarters; it requires more forethought. The so called free market actually keeps us in chains. Capitalism is not simply about big corporations making big profits; it is about big corporations competing for big profits! If one company is willing to destroy the environment to gain a competitive advantage, the others are forced to fall in line or be out competed. In the same way the ruling class is forced to attack workers and push down wages, they are also forced to clear cut forests and pillage our natural resources. Under capitalism the bottom line will be what determines the environmental plans.

Only a democratically planned economy can begin to organize our world in a sustainable fashion. What's more, socialism will allow us to solve our many other problems at the same time. In North America thousands upon thousands of auto workers are losing their jobs. These auto plants should be nationalized not only to save these jobs, but to begin a massive public project to produce hybrid vehicles at cost. They would quickly replace the gas guzzlers clogging the highways. Combine this with public investment in transit systems providing free transportation for all and you would begin to see some real change.

A socialist plan for the economy would put an immediate halt to clear-cut logging and switch instead to selective harvesting. Huge investments in renewable green resources which are currently under-used like solar, wind and tidal power generation would begin to transform the way we generate electricity. Homes would be built with better insulation and power saving devices, instead of slapping together buildings as cheaply as possible to make a few extra bucks.

The climate change crisis requires a complete shift in the way we produce, distribute and consume goods. The capitalist system does not plan production; it simply does what is profitable. The kind of transformation that is necessary cannot be planned or implemented without the public ownership of all of the main industries. The capitalists have wrecked our planet; it's time we take it back.