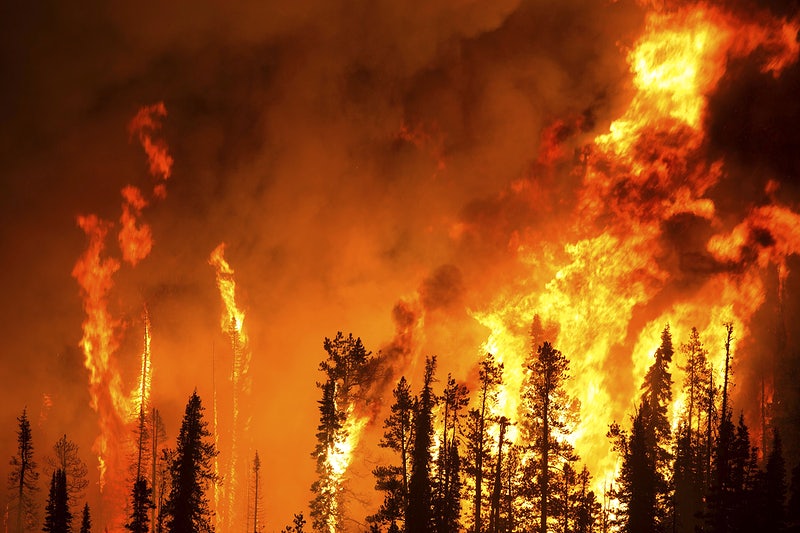 The devastating effects of global warming are being felt by billions of people all around the world. Meanwhile, capitalist fat cats are openly downplaying the risk of entire cities being buried beneath the rising oceans as a trifling inconvenience. Like Emperor Nero before them, the rulers of this destructive system are fiddling – this time – as Rome drowns.

While countless people are at risk of flooding from rising sea levels in the near future, billions are already feeling the effects of drought. Due to rising temperatures and extreme heat, the United Nations Convention to Combat Desertification (UNCCD) estimates that more than 2.3 billion people are right now facing water stress.

Among these, almost 160 million children are exposed to severe and prolonged droughts. Capitalism, and its reckless exploitation of the planet in the name of profit, is denying people the most basic necessities of life, and transforming whole swathes of the earth into deserts.

Sub-Saharan Africa has been especially badly ravaged by water scarcity. In May, the Horn of Africa saw its worst drought in four decades and up to 20 million people could go hungry this year as a result. A full 40 percent of Somalia's population now face acute food insecurity.

But this crisis is not limited to the African continent. In mid June, Europe had an unusually early and extreme heatwave, with record temperatures in the western and central regions. On 16 June, France saw temperatures of 40°C, which is the earliest point in a year that this has been reached since records began. Wildfires have been spreading in Spain and Germany, with many people being ordered to flee their homes to escape the flames.

The burning of fossil fuels is the biggest driving force behind global warming. Reports from the Intergovernmental Panel on Climate Change (IPCC) say that to limit global warming to 1.5°C above pre-industrial levels (the limit set by the Paris Climate Accords), greenhouse gas emissions need to be reduced by 43 percent by 2030 and reach ‘net zero’ by 2050. This means completely negating the production of greenhouse gases in the atmosphere, resulting from human activity.

To meet net zero by 2050, the International Energy Agency concluded in their report from last year that there could be no new oil or gas fields, or coal mines dug.

Meeting any of these goals would require a radical and rapid transition away from fossil fuels towards alternative energy sources. Under the profit-driven capitalist system, we are not only failing to make the necessary progress, but going into reverse.

Although many companies have set targets for cutting their greenhouse emissions, there are no serious plans to follow them up. A study from the New Climate Institute said that the biggest top 25 corporations (including Google and Amazon) are not merely just failing to meet their own targets, but routinely exaggerate their (insufficient) progress.

This goes to show that any so-called climate regulation will remain a dead letter while the means of production are controlled by a minority of profiteering parasites.

The real worries of the ruling class

The truth is that, while a section of the ruling class is alarmed at the prospect of climate change, the system as a whole is driven first-and-foremost by an insatiable lust for short-term profits. And some of the most degenerate and short-sighted capitalists take a totally cavalier attitude to climate change: downplaying the danger it poses, or denying it altogether. 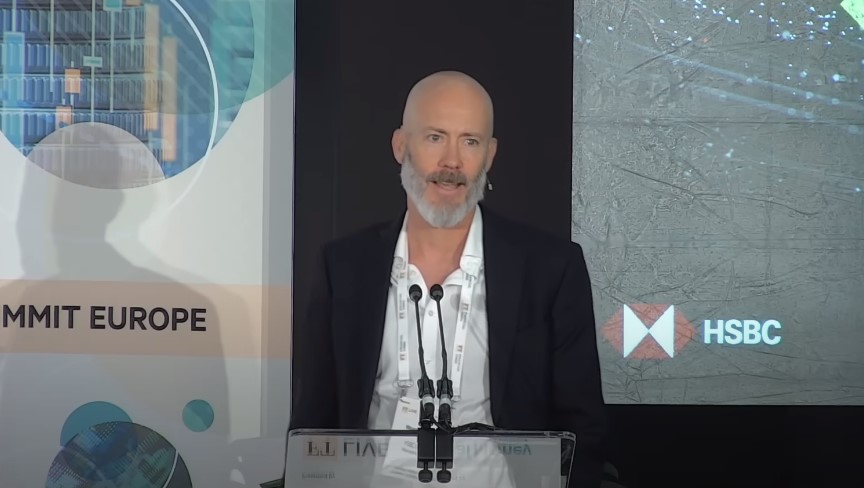 According to HSBC's Stuart Kirk, the discussion about the risks of climate change is getting “out of hand” / Image: Screen Grab

For example, at a Financial Times conference earlier this year, HSBC’s (ironically titled) Global Head of Responsible Investments, Stuart Kirk, held a presentation with the title: “Why investors need not worry about climate risk”.

According to Kirk, the discussion about the risks of climate change is getting “out of hand”. He went on to say:

“25 years in the finance industry, there is always some nut job telling me about the end of the world… but what bothers me about this one [risk of climate change] is the amount of work these people make me do. The amount of regulation coming down the pipe. The number of people in my team and at HSBC dealing with financial risks from climate change. Last night targets fell 25 percent. 25 percent! And people are asking the boards of US companies to spend time dealing with climate risk.”

We all shed a tear for the red tape imposed on fatcat bankers like Stuart Kirk, all in the name of trivial matters like the potential destruction of human civilisation!

“We’ve got regulators in the US trying to stop us. We have the China problem. We’ve got a housing crisis looming [by which he means a collapse in the property market, rather than a crippling shortage of affordable housing]. We’ve got interest rates going up. We’ve got inflation coming down the pipe and I’m being told to spend time, time and time again looking at something that’s going to happen in 20 or 30 years, hence the portionality is completely wack!”

Indeed, why worry about the problems of a couple of decades from now, when there are profits to be made today? The Global Head of Responsible Investments at HSBC can’t see any reason why he needs to worry about global warming, because human beings are tremendously adaptable, to the point of being able to live under water!

In other words: what are a few drowned cities compared to HSBC’s investment portfolio? This kind of staggering hubris quite openly put the fate of the human race second to the bottom line of the big banks.

These scandalous remarks show an appalling and cynical attitude towards the future of the planet and the life sustained by it.

The capitalists are reluctant to relinquish the superprofits provided by the fossil fuel industry. In the past three decades ExxonMobil, Shell, BP and Chevron have made almost $2tn in profits. BP’s CEO Bernard Looney, described the company as a cash machine. As a consequence, they are studiously ignoring the devastating implications of scaling up production of fossil fuels. 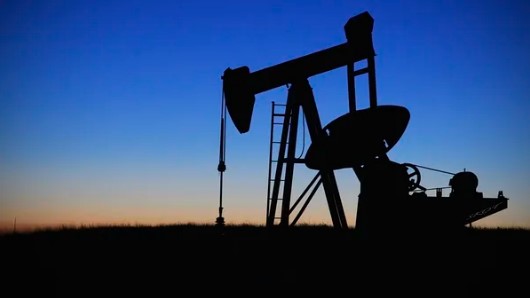 The 12 biggest oil companies are prepared to spend $103 million a day for the rest of the decade to exploit new fields of oil and gas / Image: Public Domain

An investigation by the Guardian shows that plans for the new oil and gas projects will in the next seven years produce a volume of greenhouse gases equivalent to China’s CO2 emission over the last decade.

Included in the plans are 195 so-called carbon bombs, which are oil and gas projects that each produce at least a billion tonnes of CO2 emissions over their lifetimes, denotating with a highly destructive impact on the climate.

The US, Canada and Australia have the biggest expansion plans for the number of carbon bombs and also give the world’s biggest subsidies for fossil fuels per capita. The 12 biggest oil companies are prepared to spend $103 million a day for the rest of the decade to exploit new fields of oil and gas. These plans will make it impossible to limit global heating.

So while we are heading towards a climate catastrophe, world leaders are hiding their heads in the sand. Despite the fact that oil and gas industries are responsible for 60 percent of fossil fuels emissions, there was no mention of oil and gas in the COP26 final deal. Many of the richer countries who on the one had cynically describe themselves as ‘climate leaders’, are also the biggest players in building carbon bombs.

Back in 2020, when Joe Biden was running for president of the USA, he was calling for a transition from oil and gas and breaking America's dependence on fossil fuels. Today, with its 22 carbon bombs, the US has the potential to pump out 140bn tonnes of CO2, four times more than what the whole world emits yearly: more like a carbon nuclear warhead.

These big imperialist countries are now using the war in Ukraine to justify their plans to expand the oil and gas industry.

In March, Biden announced a deal with Europe that will guarantee long term demand for American fossil fuels until at least 2030. In the first four months of 2022, the US sent almost three quarters of all of its liquefied natural gas to Europe. Biden’s energy secretary Jennifer Granholm last month said, in a room full of oil and gas executives, that the US was now on a “war footing”. She continued: “In this moment of crisis, we need more oil supply . . . That means you, producing more right now, where and if you can.”

In other words, as soon as US imperialist interests came under threat in Ukraine, all of Biden’s talk of being the ‘climate president’ evaporated like so much hot air.

Many oil and gas bosses are shedding tears over the war in Ukraine – tears of joy – because it has exacerbated the already rising inflation of gas and oil prices, which means bumper profits for them and their shareholders. 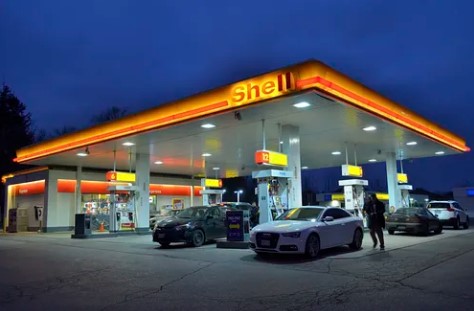 Between January and March, Shell made $9.1bn in profit / Image: Public Domain

In the first three months of 2022, the 28 largest producers of fossil fuels made close to $100bn in combined profits. Between January and March, Shell made $9.1bn in profit, which is almost three times higher than what they made in the same period 2021. Exxon also made a threefold increase with $8.8bn in profits. BP made $6.2bn, making its highest first-quarter profits in a decade.

At the same time as the BP’s Chief financial officer, Murray Auchincloss, said: “it’s possible that we’re getting more cash than we know what to do with”, up to 40 percent of British households risk ending up in fuel poverty in October. These bloodsuckers fatten themselves on the death, destruction and poverty created by an imperialist war, while disregarding the dire implications for future generations.

As always, it is the working class that has to pay for the crisis of capitalism. Both in terms of living with the catastrophic effects of climate change, and enduring the economic shocks that are  forcing millions into poverty. Meanwhile the bosses will pocket their billions, without a care for the implications.

Capitalism is unable to save the planet. On the contrary, it is the biggest threat to human civilisation and will always prioritise profits over the planet and people's lives. Instead of leaving the climate fight up to the bosses and politicians, the working class and its organisations must fight to take control of the economy, placing production into its own hands by expropriating the profiteers.

Only by controlling the polluting industries and the big banks can we fully transform society according to a general plan for the benefit of the planet and human need. This is the only way to avert the slide into barbarism to which capitalism condemns us.