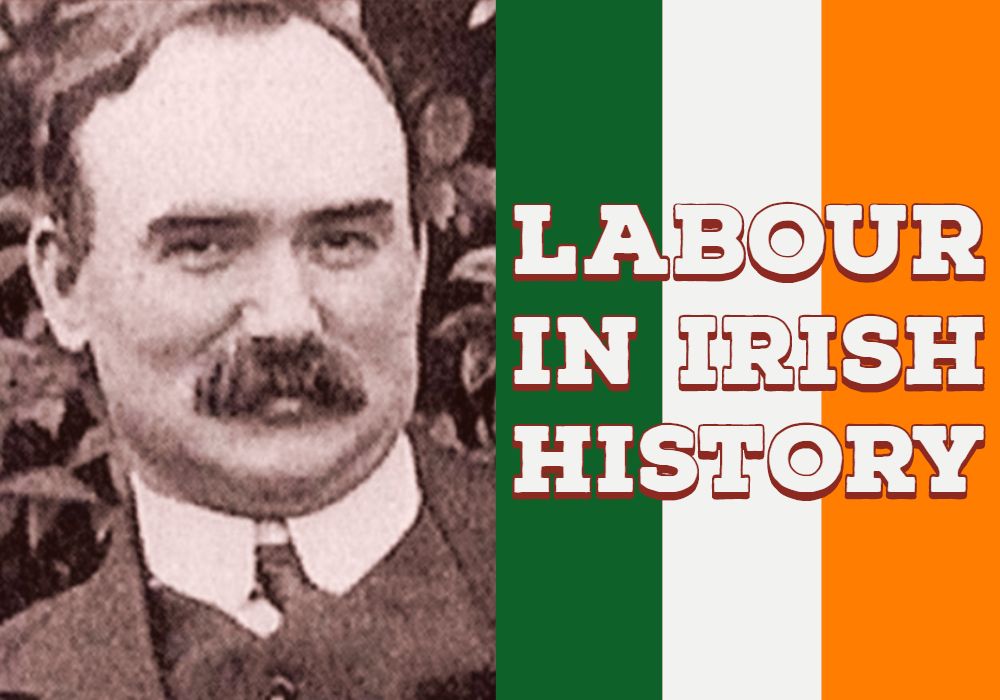 15. Some more Irish pioneers of the socialist movement

“Either the Sermon on the Mount can rule this world or it cannot. The Devil has a right to rule if we let him, but he has no right to call his rule Christian Civilisation.”
– John Boyle O’Reilly

Looking backward to that eventful period (after ’48) we can now see that all hopes of a revolutionary movement had perished for that generation, had been strangled in the love embraces of our Girondins; but that fact naturally was not so apparent to the men of the time. Hence it is not to be wondered at that journalistic activity on the part of the revolutionists did not cease with the suppression of The United Irishman, The Irish Tribune, or The Irish Felon. A small fugitive publication entitled the Irish National Guard, published apparently by a body of courageous Dublin workingmen of advanced opinions, also led a chequered existence championing the cause of revolution, and in January, 1849, another paper, The Irishman, was set on foot by Bernard Fullam, who had been business manager of The Nation. Fullam also started a new organisation, the Democratic Association, which is described as “an association with aims almost entirely socialistic and revolutionary”. This association also spread amongst the Irish workers in Great Britain, and had the cordial support and endorsement of Fergus O’Connor, who saw in it the realisation of his long-hoped for dream of a common programme uniting the democracies of Ireland and Great Britain. But the era of revolution was past for that generation in both countries, and it was too late for the working-class revolutionists to repair the harm the middle-class doctrinaires had done. The paper died in May, 1850, after an existence of seventeen months. Among its contributors was Thomas Clarke Luby, afterwards one of the chief writers on the staff of The Irish People, organ of the Fenian Brotherhood, a fact that explains much of the advanced doctrine advocated by that journal. Another of the staff of The Irishman in those days was Joseph Brennan, whom we have already quoted as writing in The Irish Tribune. Brennan finally emigrated to America and contributed largely to the pages of the New Orleans Delta, many of his poems in that journal showing the effects of his early association with the currents of social-revolutionary thought in Ireland.

Before leaving this period a few words should be said of the impress left upon the labour movement of Great Britain by the working class Irish exiles. An English writer, H.S. Foxwell, has said that “Socialist propagandism has been mainly carried on by men of Celtic or Semitic blood”, and, however true that may be, as a general statement, it is at least certain that to the men of Celtic blood the English-speaking countries are indebted for the greater part of the early propaganda of the Socialist conception of society. We have already referred to Fergus O’Connor; another Irishman who carved his name deep on the early structures of the labour and socialist movement in England as an author and Chartist leader was James Bronterre O’Brien. Among his best known works are: – Rise, Progress and Phases of Human Slavery: How it came into the world, and how it may be made to go out of it, published in 1830; Address to the Oppressed and Mystified People of Great Britain, 1851; European Letters; and the pages of the National Reformer, which he founded in 1837. At first an advocate of physical force, he in his later days gave himself almost exclusively to the development of a system of land banks, in which he believed he had found a way to circumvent the political and military power of the capitalist class. Bronterre O’Brien is stated to have been the first to coin in English the distinctive title of ‘social democrat’, as an appellation for the adherents of the new order.

An earlier Irish apostle of the Socialist movement of the working class, John Doherty, is much less known to the present generation than O’Brien, yet his methods bore more of the marks of constructive revolutionary statesmanship, and his message was equally clear. He appears to have been an almost dominant figure in the labour movement of England and Ireland between the years 1830 and 1840, spent little time in the development of Socialist theories, but devoted all his energies to organizing the working-class and teaching it to act on its own initiative. He was General Secretary of the Federation of Spinning Societies, which aimed to unite all the textile industries in one great national industrial union and was widespread throughout Great Britain and Ireland; he founded a National Association for the Protection of Labour, which directed its efforts towards building up a union of the working class, effective alike for economic and political ends, and reached to 100,000 members, the Belfast trades applying in a body for affiliation; he founded and edited a paper, The Voice of the People, in 1831, which, although sevenpence per copy, attained to a circulation of 30,000, and is described as "giving great attention to Radical politics, and the progress of revolution on the Continent". In his History of Trades Unionism, Sidney Webb quotes Francis Place – the best informed man in the labour movement in the England of his day – as declaring that, during the English Reform Bill crisis in 1832, Doherty, instead of being led astray, as many labour leaders were, to rally to the side of the middle class reformers, was “advising the working class to use the occasion for a Social Revolution”. This was indeed the keynote of Doherty’s message: whatever was to be done was to be done by the working class. He is summed up as of “wide information, great natural shrewdness, and far-reaching aims”. He was born in Larne in 1799.

Another Doherty, Hugh, attained to some prominence in Socialistic circles in England, and we find him in 1841 in London editing a Socialist paper, The Phalanx, which devoted itself to the propagation of the views of the French Socialist, Fourier. It had little influence on the labour movement owing to its extremely doctrinaire attitude, but appears to have had circulation and correspondents in the United States. It was one of the first journals to be set up by a type-setting machine, and one of its numbers contains a minute description of the machine, which forms curious reading to-day.

In general, the effect upon the English labour movement of the great influx of Irish workers, seems to us to have been beneficial. It is true that their competition for employment had at first a seriously evil effect upon wages, but, on the other hand, a study of the fugitive literature of the movement of that time shows that the working-class Irish exiles were present and active in the ranks of militant labour in numbers out of all proportion to the ratio they bore to the population at large. And always they were the advanced, the least compromising, the most irreconcilable element in the movement. Of course the Socialist sectarians and philosophers did not love the Irish – Charles Kingsley, that curious combination of Prelate, Socialist, Chauvinist and Virulent Bigot, can scarcely remain within the bounds of decent language when he brings an Irishman into the thread of his narrative – but the aversion was born out of their fear of the Irish workers’ impatience of compromise and eagerness for action. And hence, the very qualities which endeared the Irish worker to the earnest rebel against capitalist iniquity, estranged him from the affections of those whose social position enabled them to become the historians of his movements.