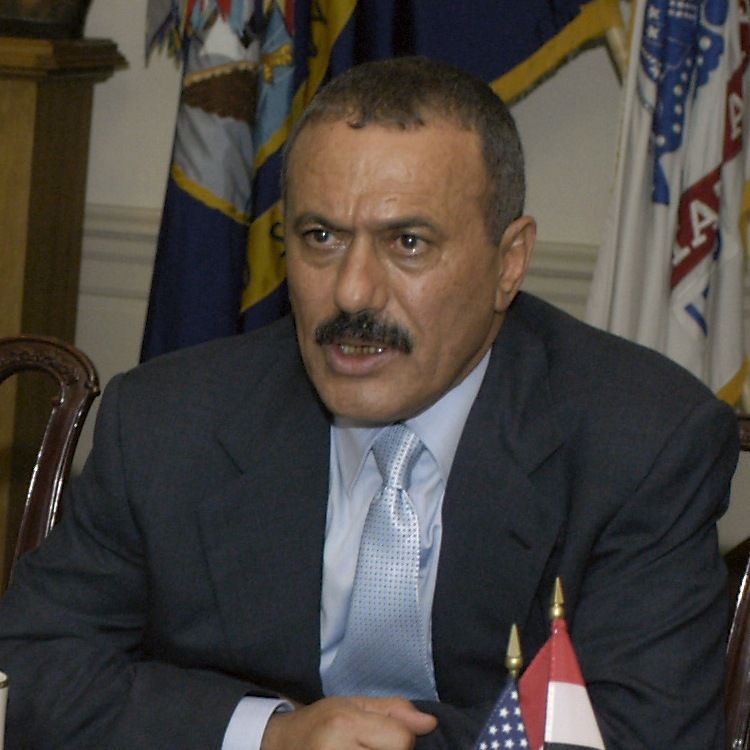 These days, there are a lot of reports on Yemen in the mainstream media in the West. Most of these reports really don’t say anything about the desperate situation inside Yemen. Furthermore, they say nothing about the class struggle and the revolutionary traditions in Yemen.

On 10th January, a general strike paralyzed the southern provinces of Dhale, Lahaj, Shabwa and Abyan. All shops were shut and transportation halted for six hours during the strike. The strike was called by the Southern Movement as a protest against oppression from the central government in Sana’a.

This comes after a series of incidents, where demonstrators in the South have been met with brutal repression. For example, on 25th November, security forces gunned down five opposition protestors in the town of Ataq. At the same time, the government’s so-called “war on terror” continues to be a nightmare for the poor people. An example of this was shown on 20th December, when the military carried out air strikes in the south-eastern province of Abyan. A local official said that 49 civilians — mostly women and children — were killed in the air raids. These raids continue, largely unreported in the West. Tension in the south has risen further since parliamentary elections, scheduled for April 2009, were postponed for two years in what amounts to a coup.

The movement in the South

Yemen’s Southern Movement, or al-harakat al-janubiyya, is an umbrella group for various southern anti-government factions that trace their roots back to the 1994 civil war between northern and southern Yemen. Following the May 1990 unification of the reactionary northern Yemen Arab Republic (YAR) and the “Marxist” (in reality Stalinist) southern People’s Democratic Republic of Yemen (PDRY), the new central government located itself in the former capital of the north, Sana’a. The former northern President Ali Abdullah Saleh became the president of the new Republic of Yemen.

The old proletarian bonapartist (Stalinist) state of PDRY collapsed after the Soviet Union withdrew its support in 1989 and entered into a “union” with the reactionary, tribal state in the north. In reality, this was an annexation of the south on the part of North Yemen. The victors carried out counter-revolutionary measures in all fields of society, including in agriculture. The North took over nationalized land in the south, which was given to landlords and sultans. Tribalism, which was pushed back after the revolution, came back in full force. It was as if the clock turned back centuries. In this process the reactionary northern regime, backed by US imperialism and the other reactionary regimes in the region, unleashed the dark forces of fundamentalism as a tool to destroy the social gains of the former planned economy in the south.

The elections that followed in 1993 reinforced the north-south division. Electors in the north voted for an Islamist party, Islah, and Saleh’s General People’s Congress (GPC). In the south they elected Yemeni Socialist Party (YSP) candidates. In April-June 1994, the north-south civil war ended in southern defeat. Jihadis were enlisted by the north to fight the “socialist” south. After the war, the authorities in Sana’a purged the state apparatus and replaced southerners with northerners. The oil revenue from the south went into the pockets of a small minority in the north.

The origins of the current movement in South Yemen was a series of small-scale protests called in 2007 by an organization of military officers from the south who had been forcibly retired, calling for their reinstatement and for increased pensions. These former officers formed the Society of Retired Military Officers and began a series of sit-ins and protest marches.

Lawyers, academics, students, journalists, and many ordinary southerners broadened the scope of the protests. Soon, most of the southern branches of political parties, led by the YSP, but including Nasserites, and Ba’thists, used their grassroots networks to mobilize support for the movement.

Since its beginnings, the Southern Movement has become more organized. In the summer of 2009, a central leading body – the Council for the Leadership of the Peaceful Revolution of the South – was formed. This body is composed of YSP MP’s as well as leaders from the Society of Retired Military Officers and some tribal leaders who used to be aligned with President Saleh. 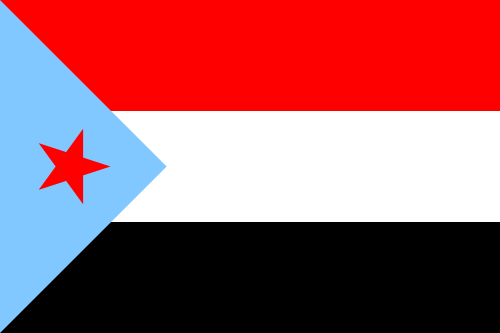 Flag of the People's Democratic Republic of Yemen In the years up to 1967, a revolutionary wave in the British colony of Aden compelled the British Imperialists to withdraw. During the revolution, it soon became clear that the bourgeois and petit bourgeois democrats in the National Front were incapable of doing away with landlordism and solving the burning problems of the masses. The most revolutionary wing of the National Front was pushed to the foreground, and they were compelled to take power in 1969.

But in order to eliminate feudalism and landlordism they were compelled to go further and eliminate capitalism or rather those elements of capitalism that existed in South Yemen at that time. In 1970, South Yemen declared itself a “Marxist” state. In reality it was a military-police dictatorship which based itself on a nationalised economy but with the support of the overwhelming majority, especially of the active population. The Yemeni revolutionaries had as their model the revolutions in Cuba and China, and the regime that existed in Stalinist Russia.

Although South Yemen was one of the poorest countries in the world (and remains so), the abolition of landlordism and capitalism (or rather, those elements of capitalism that existed in South Yemen) allowed for some strides forward to be made. The country’s infrastructure was much improved. Education was made free. There was full employment. This period plays a significant role in the consciousness of the southern Yemeni masses, in a certain sense like the memories of the welfare benefits and planned economy of the GDR period for East Germans.

In the 1980s, the economy in South Yemen entered into crisis and stagnation (even though oil findings in the late 1980s helped somewhat). The bureaucratic mismanagement of the economy, combined with the isolation of the revolution in a backward country with scarce resources, became an absolute fetter on further development. Farmers refused to deliver food for the miserable prices they could get. Often, the only food available in Aden market was potatoes, bread and onions.

It was this impasse that led the leaders in the South to try to reach a compromise with the north through unification. In reality, this showed the complete bankruptcy of the Stalinists. What failed in the PDRY was not Marxism or Socialism, but Stalinism – i.e. the idea of “socialism in one country” and bureaucratic police-military rule without democracy for the workers and peasants.

Yemen’s oil sector provides 90 percent of export earnings and 75 percent of government revenue. But Yemen’s oil production has passed its peak and daily output has declined from 460,000 barrels per day in 2002 to 268,000 barrels per day forecast for 2010. Total crude oil exports generated $7.6 billion in 2008, reflecting the spike in global oil prices, but figures for 2009 will most likely be closer to $2.8 billion. The World Bank predicts that state revenues from oil sales will fall to zero in 2017.

The IMF “reforms” in Yemen since unification have proved to be a catastrophe for the masses. Instead of full employment, Yemen now has an estimated 40 percent unemployment.

Among the IMF dictates, we find a “general sales tax” which has whittled away at the purchasing power of the masses, as well as a 75 percent cut in fuel subsidies and other attacks on the living standards of the masses. Although the government has not been able to carry out all the attacks because of fear of the masses’ reaction, living standards have been under constant attack.

Due to the geography of Yemen – most of the country is desert – it is impossible to develop the country as long as it is isolated and dominated on the one hand by feudal relations and a weak, low-capital intensive productive sector, and on the other hand by world imperialism and regional reactionary powers such as Saudi Arabia and the Gulf states.

A revolutionary way out

The Southern Movement reflects a deep-rooted discontent in South Yemen. At the same time, the fighting in the north between Houthi rebels, as well as the fight between tribal jihadists (ex-mujahideen who used to fight the Soviets in Afghanistan, and later fought against the “socialist” PDRY) and the government forces, reflects the fact that the regime has entered into conflict with the very same social forces that it used to lean on in order to crush the left wing. It is a reflection of disintegration in the regime, which again is a reflection of the complete impasse of the economy under the present feudal-imperialist order.

The Southern Movement remains an extremely heterogeneous force. Nevertheless, it is a real mass movement, through which the active layers of the population are fighting for better conditions. What is needed is a programme that breaks with landlordism and capitalism and seeks to spread the revolution across the whole of the Yemen.

Marxists support the struggle against opression and theft perpetrated by the Sana'a government and the landlords - but the fight must be carried out along socialist lines. The struggle against Sana'a must be based on the demand for re-nationalization of the economy, but it must also seek to spread the revolution to the North as well as to Oman, Saudi Arabia and the rest of the region. A socialist South Yemen enveloping the whole of the country, north and south, could be the first step in the socialist revolution throughout the region.