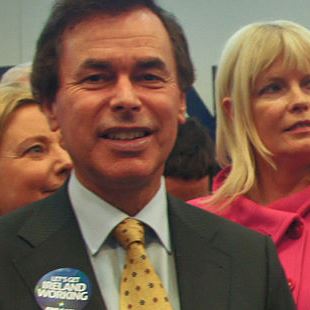 Alan Shatter’s resignations from the posts of Minster of Justice and Equality and Minister for Defence may have apparently “astonished” the Dáil as the Irish Times reported a few days ago. But it is unlikely that many Dublin workers would have been surprised at the allegations made by the Garda whistleblowers regarding corruption over the cancellation of penalty points. Now, however, the proverbial pigeons have come home to the roost and the Garda Commissioner has resigned together with Shatter himself.

The cosy relationship between bourgeois politicians and the state is a feature not just of Ireland but of all states throughout the world. Drawn from similar class backgrounds the tops of the state apparatus have much in common with the ruling classes and of course have similar class interests. This is why Marxists have always argued that the working class should fight for its own interests, separate from those of the Bosses parties.

As long ago as 1901 James Connolly pointed out:

While the average worker makes a great show of having nothing much to do with politics, the other class have calculated to a nicety its exact value not merely to their whole class, but even to each of their sections. All government is therefore class government; and that the middle-class and aristocratic swindlers who hold the reins of political power know it is amply proved ...

The implosion of Anglo Irish Bank and the shenanigans relating to Sean Quinn, the revelations about the Golden Circle and Brian Cowen’s cosy chats at Druids Glen with Sean FitzPatrick illustrate the close relationships between capitalist politicians, big business and the bankers. So if the richest people in the state, the tops of the Gardai and the state apparatus and the bank owners are so entwined then who can we rely on?

Of course the Irish ruling class leaned heavily on the Catholic Church in the past, but the position of the Church is now greatly compromised, especially among the youth. In fact the whole of the “official society” have covered themselves in such little glory over the last years that it is no wonder that so many of the youth have voted with their feet, faced with such a grim future economically and with nothing but family ties and the GAA to keep them at home.

The Fine Gael led Coalition is languishing in the polls. Fine Gael themselves are around 10% below their height in early 2011. But the real political impact has been on Labour.  The Labour leaders sold the party a false promise in 2011. The idea that the “Programme for Government” could defend the working class in the middle of the biggest crisis in the state since the Civil War was so much gombeen trickery.

In an economic crisis such as this it was even more important than ever for the leadership of the movement to draw a line in the sand, and stand firmly on the side of the working class, exposing the lies of the capitalist politicians of the Tweedle Dee or Tweedle Dum variety with which the state is burdened. Connolly himself made a sharp distinction between the “gas and water” socialists and those who fought for a Workers Republic and an “Industrial Democracy”, which in modern language would be an economy nationalised under democratic workers control. He would have saved his ire and at least a poem or two for the current crop of Labour leaders.

Yet at precisely the time that Labour must NOT wait, Gilmore is sitting in the queue waiting for the St Kevin’s bus. However, while this is surely the time that many would expect the left groups would be making big strides forward, there is very little evidence that they are at all. Programmes have been watered down, the United Left Alliance has splintered on the basis of left sectarian squabbling and now the People Before Profit Alliance and the Socialist Party are standing against each other in the elections.

Workers facing austerity will have to choose who to vote for, if at all. Many will vote Labour, despite the role of the leaders, far fewer will vote for the various anti austerity candidates and some will have an opportunity to vote for the ex Labour independents. Labour will be hammered, as they were in the 80’s coalition with FG. But it is unlikely that the left will make significant progress. There are two clear explanations for that; firstly left sectarianism and perhaps most importantly where are the ideas? Where are the Connollys and Larkins? Who stands for a 32 County Socialist United Ireland based on a planned economy? In truth the left groups have restricted themselves to “economist” demands and Keynesian solutions; demands that reflect a lack of confidence in the class.

The working class will always seek to solve its problems by political or industrial means. In the end the only guarantee of a 32 County Socialist United Ireland is a mass Marxist tendency rooted in the working class.