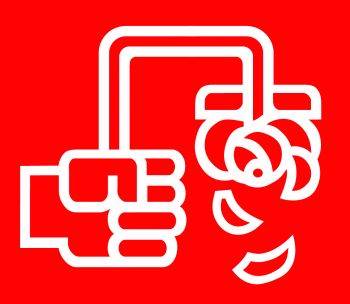 Two consecutive Spanish elections have culminated in a deadlocked political situation in which no party has enough seats in parliament to form a majority government on its own. The enormous pressure that this has created has now exploded in an internal coup in the Socialist Party, PSOE, with an attempt to remove its leader, Pedro Sanchez. This could even lead to a split, a possibility that reveals the enormous political, economic, and social instability rooted in the acute crisis of Spanish capitalism.

[Note to our regular readers: The final instalment of Alan Woods's series on Shakespeare will be published next Friday.]

The immediate trigger for this crisis was the result of the Galician and Basque elections last weekend. On Sunday, September 25 the Galician parliamentary elections gave an increased overall majority to the right wing Popular Party (PP) of Spanish acting prime minister Mariano Rajoy. In the Basque country on the same day, the right wing nationalist PNV won an overall majority. The results of Podemos in both elections were not as good as expected, in Galicia standing as part of a broad alliance with left nationalist United Left and left-wing municipal forces; in the Basque country in an alliance with United Left. The results of PSOE were very poor in both cases: it was overtaken by the alliances surrounding Podemos and, in the case of the Basque Country, the PSOE came fourth – its worst ever result in absolute number of votes.

This result accelerated the internal crisis of the party. The election of Pedro Sanchez to the leadership of PSOE in 2014 represented an attempt by the party to change its image. Despite formally being in opposition to the hated PP government, the PSOE had continued to lose electoral support as it was seen as co-responsible for austerity policies. The idea was to elect a young and photogenic leader, untainted by the right wing policies of his predecessors, and not directly involved with the party’s collaboration with the right wing PP, as a way of regaining electoral support. As part of this media operation, Sanchez adopted a left face on some issues.

Behind Sanchez’s nice, friendly, soft left, and youthful-looking figure was Susana Diaz, the powerful PSOE leader in Andalucia – one of its last remaining strongholds – where she is also the regional president.

The eruption of Podemos capturing roughly a quarter of PSOE’s electorate, however, put PSOE in an impossible situation. A continuation of its tacit support for PP’s austerity would mean a continued collapse of support for the party. The threat of PASOK-ification loomed large and the party leaders were of course interested in averting an outcome which would leave them jobless. This is the reason Sanchez posed to the left on a series of points in order to try to shore up electoral support. The inconclusive results of the December 20, 2015 and June 26, 2016 elections put PSOE on the spot.

The ruling class in Spain demands a strong government, one which is able to carry out further cuts. For the last year there has been strong pressure in the direction of the formation of some sort of grand coalition between the PP and the PSOE, also involving the new centre-right populist Ciudadanos Failing that, the PSOE is asked to at least allow the formation of a PP government by abstaining in parliament, and to give it tacit support from outside.

The Socialist Party leaders have no qualms about following the policies demanded by the ruling class. They have done so for the last 40 years each they have been in power. The problem is that the policies demanded now, in a period of extreme crisis of Spanish capitalism, would probably spell the end of the party itself. This consideration is of certain importance for those in the party apparatus whose livelihoods depend on it.

Hence the split within the party. Pedro Sanchez has based his policy on rejecting any form of support for the PP, ruling out even an abstention in the government formation vote. At the same time, he has rejected advances made by Unidos Podemos for the formation of a left coalition government, which would require support from Catalan and Basque nationalists.

Meanwhile, Susana Diaz, representing more directly the interests of the ruling class, wants to allow the PP to form a government again, on the grounds that it got the most votes in the election. She likely calculates that this would allow the PSOE to recover some ground later on.

Spanish Congress - Photo: Luis Javier Modino MartínezIn the aftermath of the electoral debacle in Galicia and the Basque country, Diaz’s right wingers within the party started to blame Pedro Sanchez. He then reacted in an unexpected way, attempting to save his own political future. He said he would attempt to form a left government, which meant reaching a deal with Unidos Podemos and securing the abstention from Catalan and Basque nationalists. He also said he would call an emergency internal leadership election within the PSOE in October and convene an emergency party congress in December in order to give himself a mandate from the ranks for this policy. He called for a Federal Committee meeting on October 1 to ratify these proposals.

Sanchez’s main aim was to save himself, but he cleverly presented the issue as one in which Diaz and her supporters wanted a PP government while he stuck to his intransigent opposition to it.

The possibility cannot be ruled out that the experience of the victory of Corbyn in the British Labour Party had an impact on the methods Sanchez used to fend off his opponents, that is via leadership election by the rank and file.

The right wing of the party, spurred by former leader Felipe Gonzalez, immediately launched an offensive to remove Sanchez from leadership using a constitutional trick. Thus on Wednesday, September 28, they presented the resignations of 17 members of the party’s Federal Executive Committee. Because over half of its members have resigned, the whole committee is considered void and a Managing Committee is supposed to take over. The strategy was to remove Sanchez from his position quickly, allow the PP to form a government, and then have a party congress.

This backfired, as Sanchez refused to accept the dissolution of the Executive, locked the resigning members out of the national headquarters, and deleted their profiles from the website. The daily El Pais, a faithful mouthpiece for the Spanish ruling class, was furious and wrote a scathing editorial calling Sanchez an “unscrupulous fool,” a liar, and a coward and demanded his immediate resignation. All of the bourgeois media joined the chorus as well as the ruling PP, which insisted the need for a “strong and responsible” PSOE.

The different PSOE regional leaders started to come out on one side or the other. Susana Diaz convened a meeting in Andalucia of the 200-strong regional leadership as a show of strength. Sanchez has stuck to his guns and assured that the Federal Committee meeting on October 1 will proceed and that only rank-and-file members of the party who elected him can remove him from office.

The methods used by the right wing of the party have enraged many rank-and-file members who, at least in Valencia, have gathered outside the party’s headquarters with banners saying “fuera golpistas del Partido Socialista” – “coup plotters out of the party!” Social media forums and Facebook profiles of the Socialist Party have been inundated with angry messages against the right wingers and in defence of Sanchez.

Taken aback by the resistance of Sanchez and the virulence of the reaction of the rank and file, the right wing today has slightly changed its tune and is now calling for moderation, unity, and reconciliation.

The outcome of this struggle is not decided. Sanchez’s supporters on the Executive Committee have declared themselves as the “acting Executive” and are going ahead with the meeting on October 1 of the Federal Committee. It remains to be seen whether the supporters of Diaz will turn up and what the balance of forces at such a meeting will be.

Both factions have peered over the abyss of an open split and will probably want to retreat slightly. They all have a common interest: to keep the party, which employs them all and grants them power, alive. That is the basis for some sort of compromise.

An unknown factor in the equation is how much genuine life-force remains within the ranks of the PSOE. The decline of its active membership has been a protracted process. Its links with its working-class voters have been strained very close to the breaking point; many have decisively abandoned the party in favour of Podemos. Its voters increasingly come from the eldest and more passive layers of society. Furthermore, Pedro Sanchez is no Jeremy Corbyn. Sanchez is a man of the apparatus and his interest lies not primarily in a political reorientation of the party, but rather in saving the party from destruction.

This is the most serious crisis which has affected PSOE in 40 years. PSOE has been, over that period, one of the two pillars of stability of the system of bourgeois democracy in Spain. Its deep crisis is not a mere struggle of personalities, but a reflection of the deep crisis of Spanish capitalism. It accompanies the absence of room for manoeuvre toward concessions and reforms, the consequent crisis of reformism, and the deep crisis of legitimacy affecting every single institution of the 1978 regime.