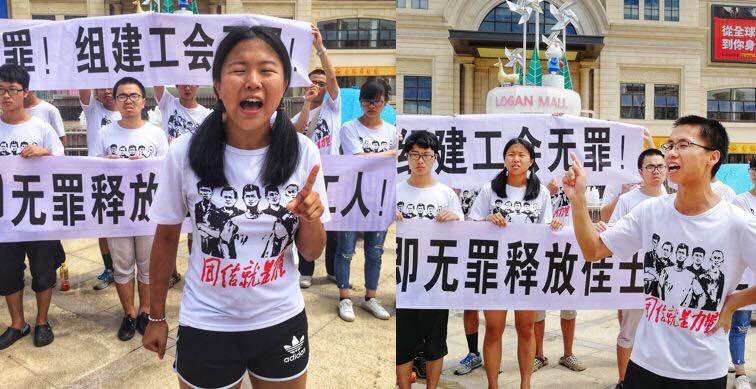 In recent months, a protracted struggle has been underway in China, with workers and students standing in solidarity against the pro-capitalist regime. This is highlighted by the recent, brutal clampdown on student activists involved in worker solidarity.

Although it was triggered by the local struggle of JASIC factory workers to establish a truly independent trade union, and the government’s crackdown focused mainly on them and the student-based “Jasic Solidarity” group, this battle is a significant reflection of wider social forces.

On 9 and 11 November, the authorities engaged in their latest round of summary arrests without due process, collaring more than 10 students and workers on the 9th, and three more on the 11th. Particularly graphic was the case of Peking University graduate Zhang Shengye, who was kidnapped on campus, and solidarity group cadre Tang Xiangwei, who was tackled by three or four men on camera in broad daylight.

Previous to this, the police had already started cracking down on the group back in July. In August, 50 student activists were raided and arrested by police, with several whose whereabouts remain unknown, including Shen Mengyu and Yue Xin.

The arrests continue a pattern we have previously reported on, with the arrested activists hailing from geographically wide-ranging cities such as Beijing, Shanghai and Guangzhou. In addition, their activity was not confined to the JASIC struggle: Yue Xin was a key organizer of #MeToo on Peking University, and they also investigated conditions in a factory that made shoes for Ivanka Trump’s brand, and supported workers suffering black lung disease.

It is clear that the ruling class in China is vigilant and perfectly conscious of its class interests. Despite the apparently modest size of the activist organization, the leadership of the Chinese Communist Party (CCP) knows that they represent broad and deep resentment seething among masses of workers. This, in turn, is a result of a brewing widespread crisis in Chinese capitalism, affecting not just this or that sector, but the nation as a whole.

The fact that these courageous class fighters rally behind the banner of Maoism, which is the official ideology of the nominally “Marxist” ruling party, clearly does not protect them. The real class interests are revealed behind the mask. 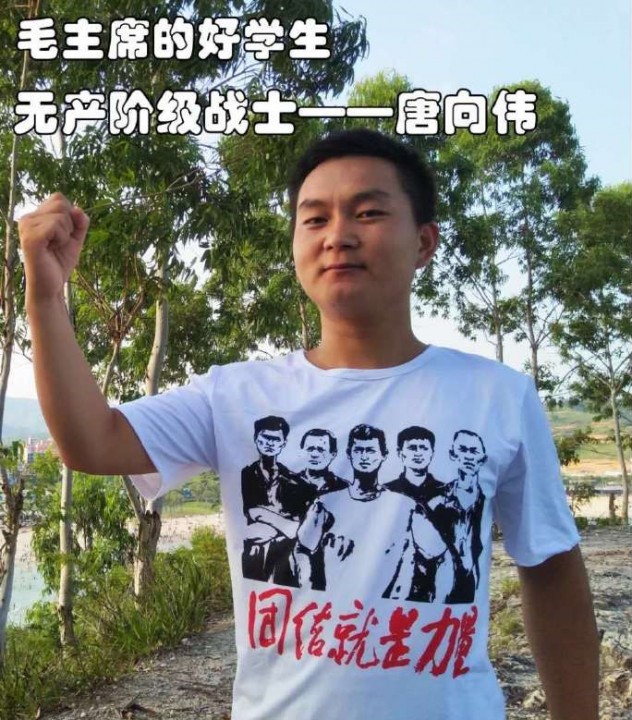 We have reported earlier on how the official Marxist society in Peking University had previously been threatened with closure. Despite the officials backtracking and appearing to grant permission, the snatching of a student on campus, with the full cooperation of the university administration, demonstrates the insincerity of the government’s promised concession.

Similarly, on 7 November, 300 workers from Hunan province who had travelled to Shenzhen demanding reparations for contracting black lung disease on their job, petitioning the Shenzhen Department of Labour peacefully, were met instead with beatings and tear gas.

If there were any illusions left that by appealing to “genuine” Maoism and Communism, activists can hope for support from sections of the CCP or President Xi, incidents such as these – which will only increase with time – serve to educate more and more class-conscious workers and students through their own experience.

Those demagogues in the state who appeal to Communism are just as much part of the ruling class’s repressive machinery as the capitalists who openly proclaim themselves as such. Words such as “Marxism” are, for them, only meant as a sedative to put the masses to sleep. It is all right to say these words – as long as workers don’t take them seriously and get ideas of their own!

Solidarity with student and worker activists

No amount of repression, however, can stop fighters who are driven by sincere faith in the working class – it only increases their courage. To quote the stirring words from an appeal written on JASIC Solidarity’s official webpage:

“Among the abducted comrades are many graduates from Peking University and other top universities. In the eyes of society, they have the brightest halos from elite universities, and what awaited them could have been inexhaustible fame and fortune. Yet these elite students did not choose to enter the dog-race of mainstream society, but held firm to their sympathy with workers and social ideals, entering industry to serve their migrant worker siblings, or became workers themselves, sinking roots in industry, sacrificing themselves for the liberation of the working class without fanfare and without complaints.”

The students are valiantly continuing the campaign to free their comrades. In the process, those who reported on the abductions, such as Yu Tianfu, have had their WeChat (Chinese social media app) accounts banned and possibly forcibly escorted back home. However, in spite of all these repressive measures, there are no signs that the struggle will die down in the foreseeable future.

We Marxists stand in full solidarity with the worker and student activists in China. An injury to one is an injury to all, and their struggle is also our struggle. Far from weakening revolutionaries, repression will only steel and temper them as they learn from experience. This experience needs to be combined with a clear-sighted and scientific Marxist analysis, which is the only method that can truly reveal the class interest behind the CCP’s slogans. On this basis the class struggle in China is destined to make rapid progress.