Details
In Defence of Marxism
07 September 2020 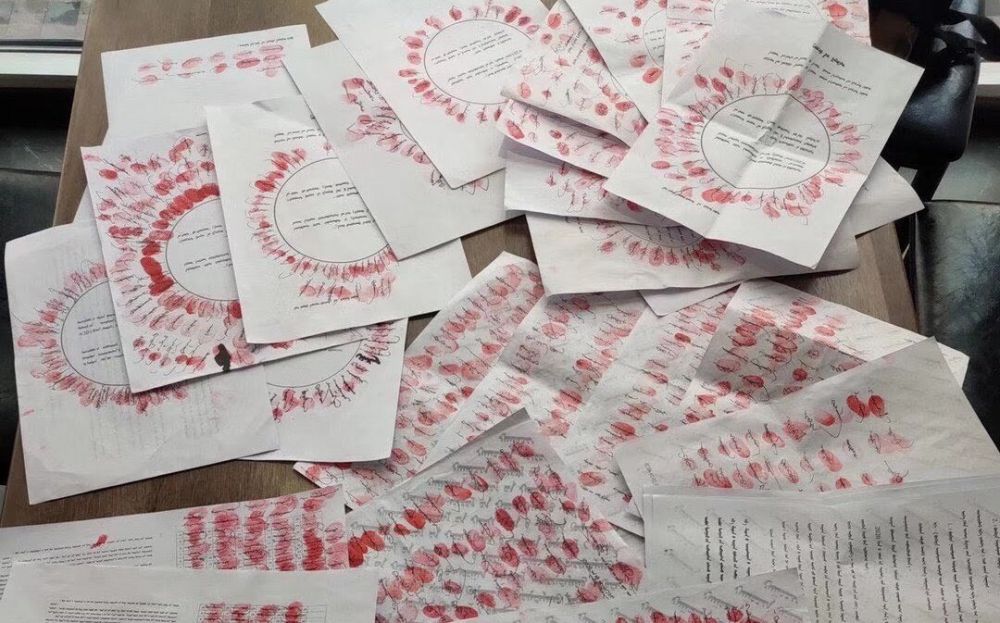 Since late August, protests in Inner Mongolia, a province under the state of the People’s Republic of China, have been reported in multiple cities, including Tongliao, Hulunbuir, Provincial Capital Hohhot, and many prefectures and smaller towns. These protests erupted in response to a new language education policy that the Provisional Government has announced over the summer, which would lower the proportion of instructions in the Mongolian and Korean languages in favour of Mandarin Chinese to a level that many ethnic Mongols view as unacceptable.

The participants of these protests are predominantly ethnic Mongol school students who staged class walkouts, or whose parents forcibly extracted them from their classes against the school’s wishes. It is also reported that some have been disseminating leaflets calling for teacher-and-student strikes. Concurrently, peaceful petitions against this policy have been circulating since 6 July when the policy was announced, and collected over 4,200 signatures within two days thereafter. The petitions are still being distributed.

It is difficult to gauge the exact scale of this protest at the moment, but an increasing number of videos are now flowing out of the region, depicting many instances of struggle. We can also gauge the size and impact of the movement according to how the state has reacted. On 28 August, the provincial state media website NMGnews.com.cn released a slew of articles that listed five things the new policy would not change: the curriculum in Inner Mongolia’s ethnic primary and junior high schools; textbooks; language and script of instruction; the hours of Mongolian and Korean classes and the current model of bilingual instruction. This was probably an effort to respond to the protesters with some assurances, although the content of these assurances is by no means any concession on the actual programme. On 31 August, the police precinct of the Horqin District in Tongliao released photos of 129 people that they are charging for “Picking quarrels and provoking trouble”, a very common charge used against dissidents within China. A 1,000 RMB bounty was even placed on these individuals.

For now, many sources indicate that struggles are still continuing, and it remains to be seen how the situation will develop.

Historically, provinces inhabited by ethnic groups with larger traditional territories, have been granted the status of ‘autonomy’, with a relatively high degree of self-governance. And although the CCP still holds the ultimate political power in these regions, the ethnic minorities still had some basic rights, such as being educated in their own languages. Article Four of the PRC’s constitution still states that: “All nationalities have the freedom to use and develop their own spoken and written languages and to preserve or reform their own folkways and customs.”

In Inner Mongolia, for example, schools were set up for Mongolian children to learn all school subjects in the Mongolian language, from literature to maths, while Mandarin Chinese would be introduced later as a language subject of its own.

The new policy changes, however, want to transition subjects such as ‘language and literature’, ‘morality and law (politics)’, and ‘history’ classes to being taught in Chinese within two years. Current Mandarin Chinese language subjects will use all Mandarin Chinese textbooks rather than the usual ones that contain both Mandarin Chinese and Mongolian. The change is effective starting this fall. As the policy also stipulates that class hours would not be lengthened, this means that the portion of classes where Mongolian is spoken will go down in favour of Mandarin Chinese.

This is a clear attack on Mongol national rights, in the face of increased Han Chinese nationalism promoted by the ruling class and the central state. While there haven’t been large nationalist movements amongst Mongols within China, they are fiercely protective of their language and its preservation. The past respect for this fact by the central government in China in turn consolidated trust from the Mongol population towards the state of the PRC. That is changing rapidly now.

Aside from genuine concern for the preservation of their language education, many teachers are also concerned that their jobs may be on the line as they are not equipped to teach the same subjects in Chinese. Multiple videos went viral showing the state harassing school teachers, and teachers have been playing a key role in mobilising for petitions or even calling for strikes.

This widely distributed video depicts a Mongol teacher being harassed by a state agent in public after days of harassment by the government for her opposition to the new education policy:

Although the provincial government is responsible for implementing the policy, this is ultimately an attempt to comply with a national language policy directed from Beijing. Xi has dictated that a common language for the nation is a key tool for furthering “national solidarity and the developmental progress of national regions.”

View from a Mongolian Maoist

In recent days, In Defence of Marxism came across a highly interesting report written by a Mongol Maoist on the ongoing situation. This report has been circulating around Telegram. In it, the writer celebrated the 1949 Chinese Revolution and the fruits of the planned economy:

“After the new China was established, workers across different nations grew closer together, and along with this came many moving episodes. The story of Inner Mongolia proactively taking in 3,000 orphans from Shanghai still resonates deeply. Inner Mongolia was also supported by many countries. During the First Five Year Plan, five of the 156 assistance projects from the Soviet Union to China were in Inner Mongolia. They were all centered around Bautou, thus cementing Bautou’s role as an industrial center, and inaugurated industrial modernisation for Inner Mongolia.”

Since Deng’s “Reform and Opening-up” and the restoration of capitalism however, the Mongolian poor pastoralists became doubly oppressed by the Han Chinese bureaucrats, capitalists, and the privileged Mongols. Many poor Mongols were chased off of their own lands.

While the return of capitalism also exacerbated contradictions among nations, this writer also points out that the Han workers, especially those in the sprawling mining industry in Inner Mongolia, also suffer terrible exploitation, as well as lung diseases caused by filthy working conditions, and having their children often born deformed from their parents’ exposure to heavy metal pollution.

Impact on the national question

The report’s author further points out that this movement, although centered around protecting the Mongolian language, has nothing to do with separatism or even challenging the state power of the PRC. In fact, much of the protests centered around the criticism that the government is violating its own constitution through reducing space for a national language to survive and develop.

Historically speaking, the Mongolian region tends to see the least amount of national resistance against the CCP regime, and it has been raised to be a “Model Autonomous Region”. Where there were conflicts, or dissents, the Mongolian bureaucracy of the CCP was able to more-or-less successfully extract concessions from the top for the masses. Of course, this was at a time when concessions were possible.

However, as we are seeing around the world, the crisis of capitalism is sharpening social divisions and class contradictions. To maintain the stability of its rule, the Chinese ruling class and CCP are increasingly leaning on Han Chinese chauvinism. Thus, one chauvinist policy after another has been rolled out in recent times, strengthening the central government’s control at the expense of regional people and nationalities interests. This idea, known as the “Second Generation Ethnic Policy”, was first proposed by Tsinghua University professor Hu Angang in 2011. Hu believes China should eliminate the National Autonomy system in China altogether as it inhibits market growth and national cohesion. Since the Xi regime came to power, the CCP has been markedly veering towards this direction.

We have seen, for example, that the One Belt One Road Initiative that sought to convert Xinjiang into a transnational logistics hub also brought massive repression against the Uyghur population, including forced language education. In Hong Kong, the drive towards ending the “One Country, Two Systems” arrangement that encroached on the democratic rights that the Hong Kongers enjoyed was driven by a need to integrate Hong Kong into the Great Bay Project directed by the Chinese central government. This time around, in Mongolia, the state media repeatedly stressed the need to learn the “Common Language '' i.e. Mandarin Chinese. On 3 September, NMGnews.com released an article that contained the following:

“Learning and grasping a national common language, written and spoken, is a responsibility of every chinese citizen. It is a concrete expression of love for the Party and for the country, a need to push forward economic development and social progress, a foundation upon which (we) strengthen our national solidarity, enhance our national cohesion, and realise the Chinese dream of the great rejuvenation of the Chinese nation.”

Behind such haughty language is a genuine panic about keeping the CCP party state in control. Yet, by appealing to Han chauvinism, the Xi regime is playing with fire and opening new battle fronts within their borders.

Although information on the actual scale and dynamics of the particular struggle in Inner Mongolia remains incomplete, we can see that the primary site of struggle are in the schools, with many teachers and students taking direct action in protesting the new policies. 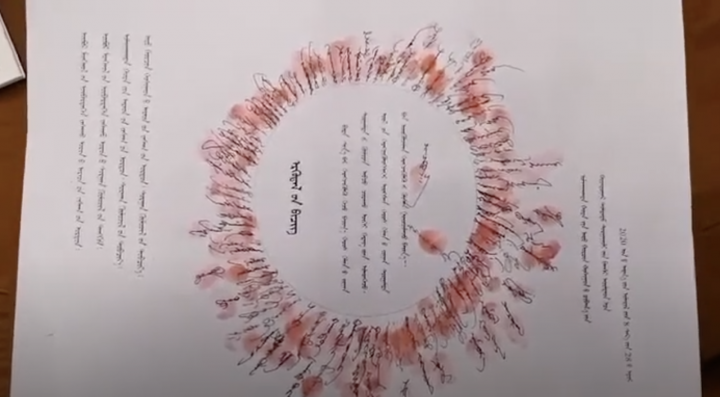 A recently signed petition. The circular signature format follows a tradition in rebellion where the ringleader of the signatories cannot be identified / Image: fair use

But what is urgently necessary is a Marxist perspective that links these struggles with that of the rest of the workers and poor in Inner Mongolia, as well as the rest of China. We need a perspective that can cut across national divisions fomented by the CCP, and forge solidarity on a class basis to fight against the common oppressors and the system of capitalism itself.