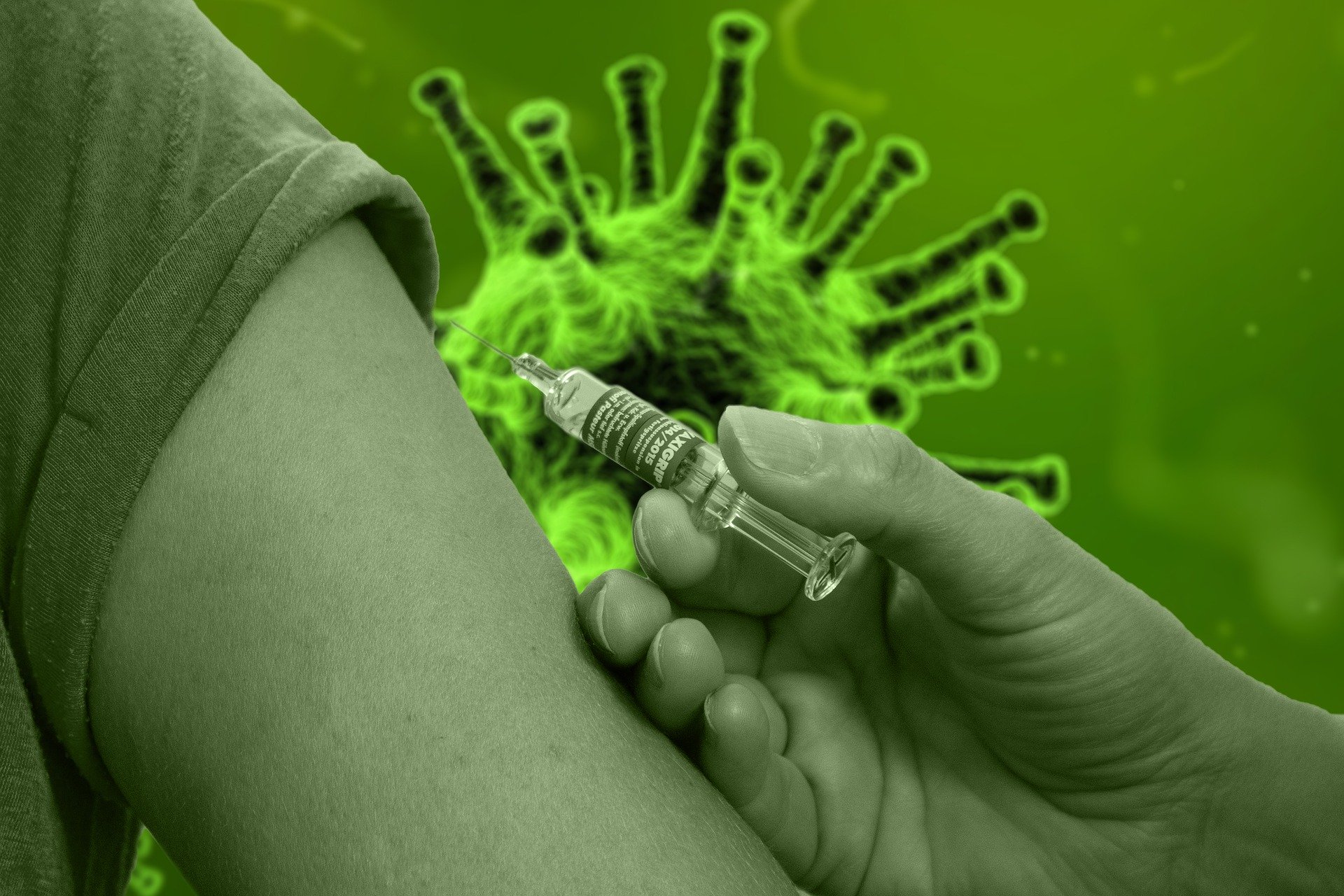 As billions of dollars are invested into creating a vaccine for COVID-19, the imperialists are only interested in protecting their intellectual property and settling scores with one another. Meanwhile, global bodies like the WHO further reveal their impotence in the face of this international public health emergency.

Diplomats from all over the world met on Monday for the annual world health assembly (congress of the World Health Organisation). Following some promising developments towards creating a vaccine, the online meeting focused on a single resolution, proposed by a number of EU nation-states, for a “voluntary patent pool”. The billed objective is to stop the wealthiest countries from monopolising drugs and viable vaccines for use against the novel coronavirus.

The bourgeoisie is eager to get a vaccine produced so they can put an end to this pandemic and restart production. The best way to achieve this is to cooperate and share resources. But this conflicts with the interests of the big pharmaceutical companies, who are more concerned about protecting their intellectual property than saving lives. The ruling class is also divided. The resolution was in part an attempt to rein in the USA, which appears to be furthest along the road to a cure and seeks to capitalise on it, denying the rest of the world easy access.

In the end, the meeting amounted to a sideshow in an escalating dispute between the major powers, in which the USA and China are the main belligerents, and the enfeebled WHO is caught in the middle.

Race for a vaccine

The capitalists are champing at the bit to restart the economy, with the ruling classes of each nation eager to get the leg up on their rivals. As a result, billions have been invested in creating a vaccine to halt the spread of the pandemic and prevent a second wave of infections. There are currently 76 candidate drugs at various stages of testing and development.

The US-based biotech firm Moderna seems to be in the lead. In the first round of human trials, their vaccine (mRNA-1273) produced only minor side effects and demonstrated the ability to stop the virus from replicating in human cells, in addition to creating levels of antibodies similar to those in recovered COVID-19 patients.

When this news broke on Monday, the S&P 500 US benchmark equity index closed at 3.2 percent higher, and the Dow Jones Industrial Average advanced almost 4 percent. The capitalists are pinning their hopes on Moderna’s vaccine, but their celebrations could be premature. At the moment, it has only proved effective for a pool of 45 test subjects. Experts warn that Moderna’s timeline of a mass-produced vaccine being available by the end of the year is extremely optimistic. Such a quick turnaround has never been achieved before. Approval by the FDA will require testing on thousands of patients, which could take months or even years.

Moreover, as Daniel Salmon, director of the Institute for Vaccine Safety at the Johns Hopkins Bloomberg School of Public Health, pointed out: “Lots of vaccines that look good out of Phase 1... don’t turn out to be good products.” Indeed, a competitor vaccine developed with the backing of the British government at Oxford University looked promising, but failed to immunise the monkeys it was tested on. Donald Trump recently signed an executive order allowing private companies to slash regulations in order to restart the economy as quickly as possible. This could also have implications for the pharmaceutical industry. Rushing a half-baked vaccine to market in order to kickstart production is a recipe for disaster.

Needless to say, it is in the immediate interests of Moderna’s shareholders to promote faith in their product. On Monday, shares in Moderna closed 20 percent higher than the previous day, giving the company a market valuation of almost $30bn. It promised to invest new funds in expanding manufacturing capacity for the COVID-19 vaccine, with any spillover going back into R&D. Still, one can imagine its directors and shareholders were handsomely rewarded by this windfall.

This rising star of the big pharma world is also becoming enmeshed with the state. It was awarded a $483m grant by the federal Biomedical Advanced Research and Development Authority; and its director, Moncef Slaoui, stepped down to become the chief scientist for Operation Warp Speed: a White House initiative to accelerate vaccine development. Watch dogs decried Slaoui’s appointment as a conflict of interest. But in fact, the interests of the big pharma capitalists and US imperialism are one and the same: get a vaccine as quickly as possible, patent it, get it to market and (if profit margins allow), immunise the workforce to give the US economy a headstart over everyone else.

So far, Trump’s administration has completely bungled its response to the coronavirus pandemic. At the time of writing, there have been 92,000 confirmed deaths from COVID-19 in the USA: the most in the world. With an election coming up, Trump needs to get the economy going and divert any blame from himself, going to war with national and international public health bodies in the process. 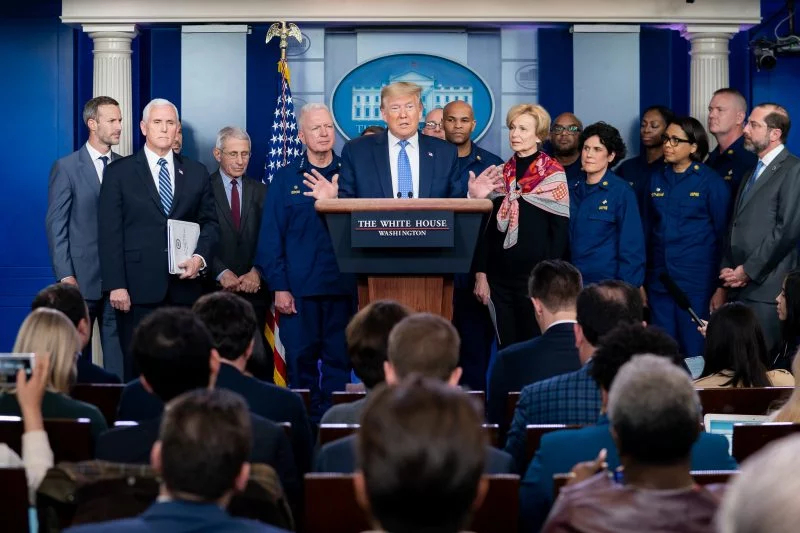 The US is racing to capitalise on a functional vaccine. The capitalists are pinning a lot of hopes of it / Image: White House, Flickr

Whistleblower Rick Bright was removed from his position as director of the Biomedical Advanced Research and Development Authority after resisting pressure by the White House to make “potentially harmful drugs widely available”, including chloroquine and hydroxychloroquine. These anti-malarial drugs have been touted by Trump as effective treatments for COVID-19, although initial trials are unconvincing. Bright additionally claims he was sidelined after pushing for a greater stockpile of masks, swabs and medical equipment during the early pandemic. This came at a time when the White House was more-or-less dismissing COVID-19 as a hoax.

Trump has also been distracting from his administration’s failings by attacking the WHO’s “gross failures [that] helped fuel the current pandemic” – and for favouring China. While the president exaggerates the situation, it is true that Trump’s protectionist policies and the relative increase in China’s power mean the latter has been able to push its agenda with global bodies like the WHO. It was no accident that Chinese Premier Xi Jinping gave the opening address on Monday’s meeting, in which he pledged to donate $2bn over two years to respond to the crisis – with a special focus on the WHO’s African member states within China’s sphere of influence.

Referring to Jinping’s pledge, the White House National Security Council spokesman John Ullyot said: “as the source of the outbreak, China has a special responsibility to pay more and to give more”. In a letter published on Monday, Trump gave an ultimatum that the US would cut its funding to the WHO permanently if it failed to “commit to major substantive improvements in the next 30 days” (i.e., distance itself from Beijing). Washington also led a hue and cry about Taiwan being excluded from proceedings after China refused to recognise the country, in a transparent show of its authority.

Additionally, the US was firmly behind a proposal from Australia (which is involved in a separate trade dispute with China) for the resolution to include provisions for an independent inquiry into the start of the pandemic “at the earliest possible opportunity”. Despite quibbling the timeframe, China accepted this proposal, confident that its standing with the WHO will protect it from any serious repercussions.

The changing balance of strength between China and the USA in world relations was reflected in the fact that, for all its huffing and puffing, Washington was largely marginalised at the assembly and reluctantly accepted the EU resolution – which was strongly backed by China. Trump’s hostility and erratic behaviour is evidently pushing European leaders closer to China’s orbit. But the WHO stands to lose its biggest financial backer if Trump makes good on his threat and walks. This all goes to show the limits of ‘international cooperation’ under capitalism.

A section of the European bourgeoisie understands the urgent need to get a vaccine as soon as possible to start an economic recovery and is striving in vain to foster some semblance of collective effort. However, behind their fine words about an “international alliance to fight COVID-19”, they also want to impede the USA’s rush to monopolise Moderna’s vaccine, which will limit Europe’s access to it. They are pushing back against the US by lining up behind the WHO, contributing €7.5 billion to make up for a funding shortfall, and defending it against “partisan” attacks.

Given that these ladies and gentlemen were lately refusing to even share facemasks and hand sanitiser with coronavirus-stricken EU member states like Italy, they are in no position to lecture anyone about global cooperation. It just so happens that their interests currently align.

Moreover, their resolution will not be worth the paper it was written on. The Financial Times obtained an early draft of the resolution, which showed countries with big pharmaceutical sectors (including the UK, Switzerland and Japan), wanted language explicitly referring to the Doha Declaration removed. Instead, they wanted to emphasise the role of “intellectual property in promoting innovation and to encourage equitable access to any Covid-19 vaccine or treatment through voluntary mechanisms, including donations and partnerships.” 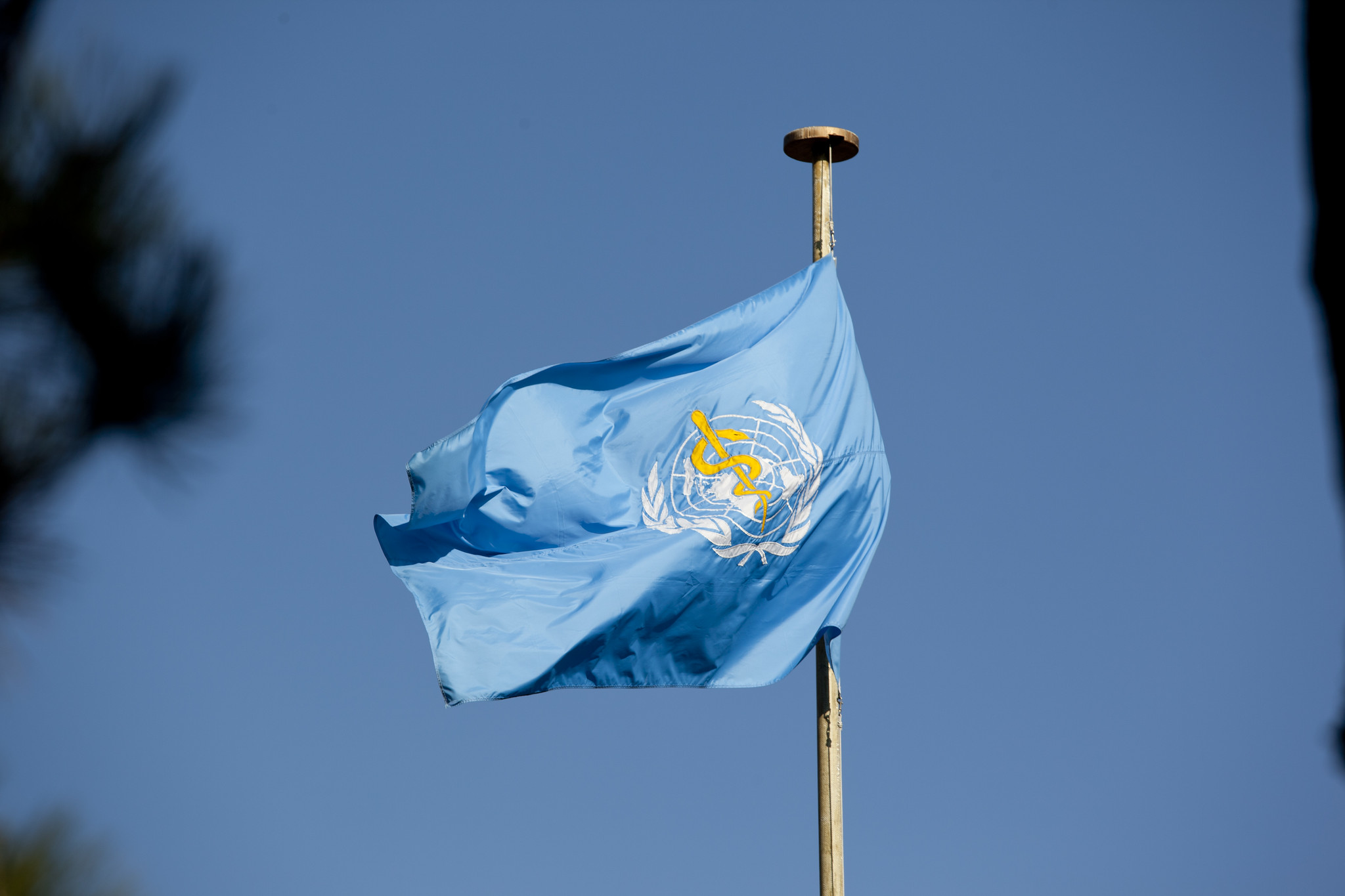 The WHO is caught in a clash between the USA and China. It has been proved impotent in the face of this crisis / Image: United States Mission, Flickr

This 2001 Doha Declaration waives IP protection guaranteed by the WTO’s Trade-Related Intellectual Property (TRIPS) agreement when it comes into conflict with public health. Imperialist countries have ignored the Doha Declaration from the day it was signed, resulting in tens of millions of needless deaths in the poorest parts of the world where lifesaving drugs are simply unaffordable.

Jamie Love, director of the NGO Knowledge Ecology International called the watered-down resolution “a disappointment” and “appalling.” He said, “there was better text that was rejected. In a global crisis like this, that has such a massive impact on everyone, you would expect the WHO governing body to have the backbone to say no monopolies in this pandemic.”

In fact, it is precisely in crises such as these that global bodies like the WHO, EU and UN reveal their impotence. They are totally ill-equipped to deal with this global emergency, because doing so would bring them into conflict with the interests of the capitalist system.

This was demonstrated by the fact that the US objected to the resolution even in its neutered form, which it said: “sends the wrong message to innovators who will be essential to the solutions the whole world needs.” Given the USA’s confidence that it will be first over the line to secure a vaccine, it is unsurprising that it has no intention of waiving its intellectual property rights, just so some “shithole countries” (to use Trump’s expression) can benefit.

Similarly, the US-based big pharma bosses’ organisation, the International Federation of Pharmaceutical Manufacturers and Associations (IFPMA) objected that “this is probably the worst possible time to weaken intellectual property.” Such is the cynicism and cruelty of capitalism that protecting potentially billions of people from a terrible disease takes a back seat to protecting the private property and profit margins of the big pharmaceutical firms.

This circus just goes to show that no vaccine will cure the sickness at the heart of the capitalist system. If or when a viable vaccine becomes available, the big powers will continue to squabble over essential resources, and use this pandemic as a cudgel to beat one another, while capitalism enters the most profound crisis in its history. Millions of people might be priced out of the vaccine, and those who don’t will still face abysmal levels of austerity, unemployment and poverty. Only a planned economy, based on the pursuit of human need, can provide a genuine international solution to these crises.