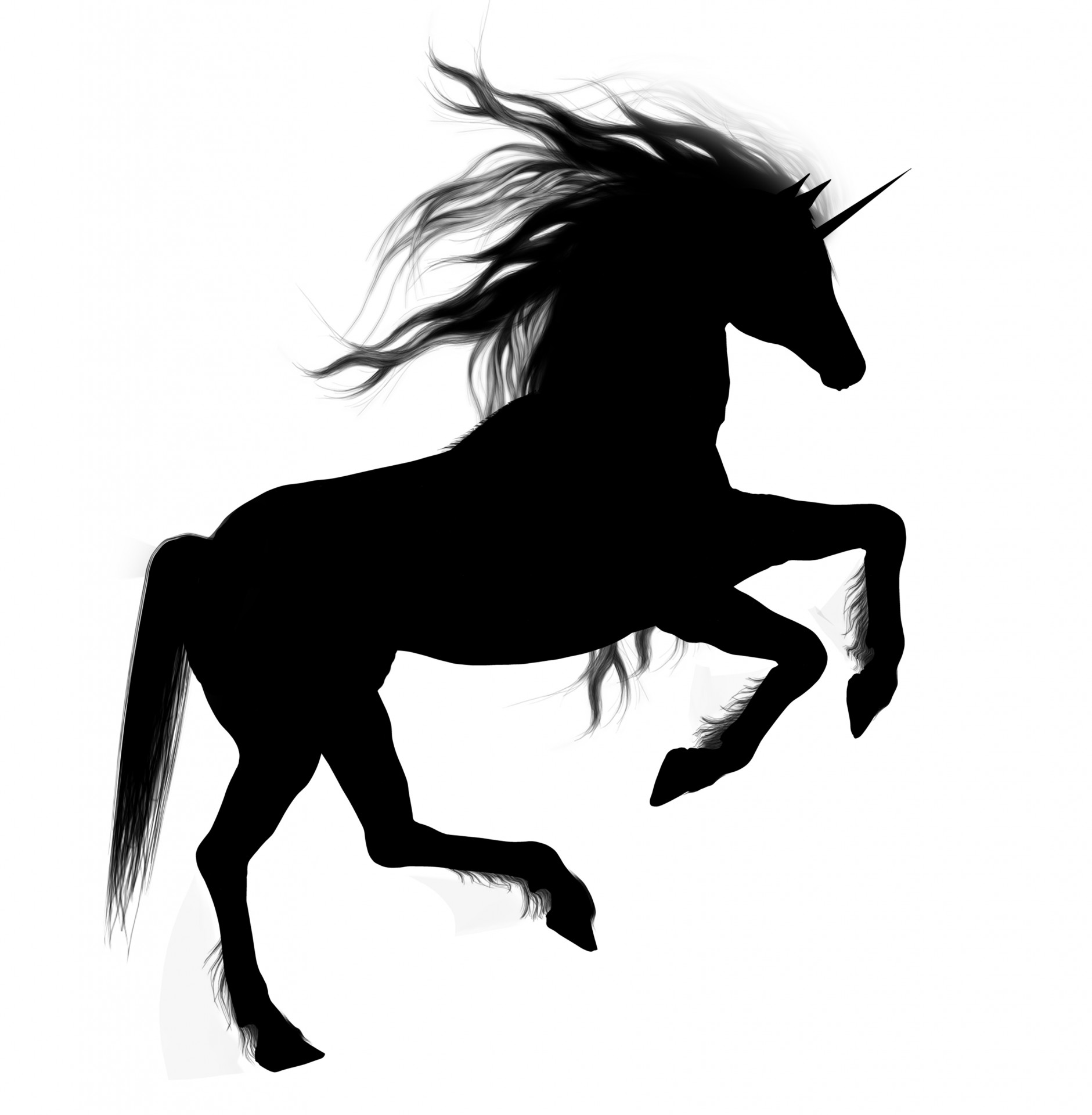 It is said that a man standing on the edge of cliff does not reason. Today’s global economy is full of cliffs, one of the steepest being the Silicon Valley tech sector, and the men peering over it can be heard chattering nervously about . . . an impending stampede of unicorns. Those uninitiated in the Orwellian parlance of Silicon Valley and its venture capitalist circles could easily mistake such talk for the absurd ravings of a lunatic. But this term has come to describe the primary danger threatening to devastate the tech sector in a cataclysmic repetition of the 1999 dot-com bubble.

The term “unicorn” describes a private-venture-capital–funded startup with an extremely high valuation: over $1 billion—something that only a few years ago was considered to be as rare as crossing paths with one of these mythical creatures. But over the past few years, the number of unicorns has grown exponentially, as venture capitalists, hedge funds, and investment institutions have fallen over each other to throw billions at tech startups in hopes of quickly multiplying their wealth with the least possible effort.

From fewer than ten in 2010, there are now 229 unicorns worldwide, with half based in California alone. Riding the wave of smart technology and the proliferation of app-based services, they include companies like Uber (the largest unicorn—valued at $68 billion), AirBnB, Instacart, Snapchat, Pinterest, Dropbox, etc. The total valuation of these companies stands at a staggering $1.3 trillion.

The breathtaking growth of these companies along with the promise of high returns for investors has been too much to resist for capitalist investors who already have more cash on hand than they could possibly spend in a lifetime. However, since early 2015, several prominent investors and journalists have begun to sound the bubble alarm, after years of avoiding the “b-word” as a taboo.

In a severe distortion of the market mechanism of supply and demand, the rising price of shares (a result of sky-high valuations), rather than curbing demand, has only intensified the frenzy of investors, afraid of missing out on the spoils. This inversion of the demand curve is both a hallmark of speculative bubbles, and, given the profit-driven nature of the market and lack of any rational controls for the overall allocation of investment, a periodically inevitable chaotic dynamic of the system. 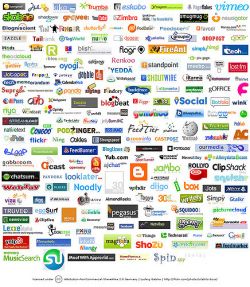 Image: Ludwig Gatzke/FlickrThe turbulence in the global markets at the start of 2016 sent a chill down the spines of investors everywhere, not least in California, where a series of high-profile startups had their valuations slashed, bringing back memories of 1999. When the tech bubble burst in 2000 it wiped out $6.2 trillion in household wealth—roughly the same amount of value as was lost in US real estate during the last crisis between 2007 and 2009. Whereas the tech sector was minimally affected by the 2008 crisis, cutting only one percent of its workforce at the time, a number of factors suggest that the tech industry—and its herd of unicorns—won’t fare so well during the next crisis.

For one, the sheer growth of the industry, which has been steady over the past five years, means there are far more jobs at stake now compared to 1999, when the internet was still in its infancy. Five years have now passed since internet-related expenditure and consumption surpassed that of the global agriculture or energy industries. This modern-day gold rush has driven up tech sector employment from 2.2 million at the time of the dot-com bust, to 6.7 million today. It now accounts for a whopping 11.6% of the private sector workforce. Even this figure doesn’t take into account the millions of other non-tech workers whose jobs are at stake—the ones who actually provide the on-demand services, make the home deliveries, maintain the facilities, and otherwise perform the labor that allows these companies to operate beyond the virtual world.

But the next avalanche will not be a mere repetition of 2000 nor 2008. Business Insider’s Dave McClure (himself a unicorn investor) points out that this time, Fortune 500 companies are joining the stampede by hedging their stock, investing in unicorns or acquiring them outright, thereby preparing a “special twist” to the old familiar drama of the last bubble: “The REAL twist won’t be tech founders or investors losing all their money on over-valued unicorns (though indeed, that will happen too) …the REAL twist is thousands of public companies hemorrhaging billions in losses and value over the next ten years, like gigantic, collapsing Manhattan skyscrapers in slow motion… except that it might not be that slow.”

McClure holds out hope that despite the bubble, the up-and-coming startups will “disrupt” the market of the “senile” and “uninnovative” Fortune 500 companies, enriching the lucky investors who picked the right horse. Whether the process involves the loss of 2.2 million jobs as in 2000, or 8.7 million jobs as in 2008, doesn’t enter his calculations. 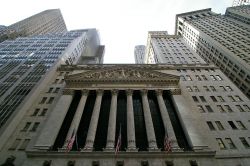 Wall Street - Photo: Public Domain/Pixabay.comNoting that any number of sparks could set the field ablaze, Bloomberg’s Noah Smith is among those warning the capitalist class that they should be worried: “The danger isn’t that we’re in a unicorn bubble. The danger isn’t even that we’re in a tech bubble. The danger is that we’re in an Everything Bubble—that valuations across the board are simply too high . . . So what happens when China’s housing and stock bubbles finally crash, as both are probably in the process of doing? What happens when the Federal Reserve raises interest rates?”

Whereas capitalist investors holding a stake in a particular industry, such as tech unicorns, are at pains to understand the process unfolding in Silicon Valley, Marxists approach the question in the context of the overall crisis of global capitalism in order to understand its implications for the class struggle. Compared to the relatively minor recessions of the early 1990s and 2000s, the global crisis that was unleashed in 2008 marked a new epoch in the organic crisis of capitalism. The inability of the ruling class to resolve any of the internal contradictions of the system or its political repercussions has prepared the way for an even more severe conflagration in the next period.

The capitalists and their governments around the world have done everything in their power to stimulate growth since 2008, to no avail. Despite their policies of austerity, quantitative easing, buying securities, and keeping interests at or near zero, the volume of world trade fell 0.8% during the second quarter of 2016, after stagnating for the first quarter. The New York Times reported that “The total value of American imports and exports fell by more than $200 billion last year. Through the first nine months of 2016, trade fell by an additional $470 billion . . . It is the first time since World War II that trade with other nations has declined during a period of economic growth.”

Which is the real “creative class”?

Shrouded in the self-delusion of “changing the world” with its cutting-edge innovation and “revolutionary” technology, Silicon Valley exists in a bubble in more ways than one. The celebrity entrepreneurs who today ride triumphantly on their unicorns are held up as the “creative class,” but as veteran investor Bill Gurley, a partner at the multibillion-dollar Benchmark Capital investment firm observed, “half of the entrepreneurs today, or maybe more—60% or 70%—weren't around in '99, so they have no muscle memory whatsoever.”

In other words, not having lived through the last tech bubble themselves, the recent generation of entrepreneurs who are currently enjoying the novelty of the nouveau riche lifestyle will be blindsided when their stampede goes over the cliff.

Most of the venture capital firms and large-scale investors, however, were around in 2000 and learned to set up deals that would ensure that they will be first to get their returns if a company goes under. But as Nick Bilton wrote in Vanity Fair: “This doesn’t protect the hundreds of thousands of people who now rely on a paycheck from the errand-running start-ups or taxi disrupters. Nor does it help the mom-and-pop businesses that have bought into the hype of Zynga, Yelp, or Twitter, and invested their savings, which continue to plummet.”

The seeds of ingenuity coming out of Silicon Valley will mature fully only when the irrational chaos of the market is replaced by conscious planning by the working class on an international scale. The fields of web-based smart technology and social networks, based on the linking up of millions of people around the globe, are in reality a glimpse of socialist technology and will play a central role in the democratic coordination of humanity’s resources in the future. When the working class moves to sweep away the anachronistic private ownership rights of what is the most social technology in history, the creativity and potential of all of humanity will be unleashed.