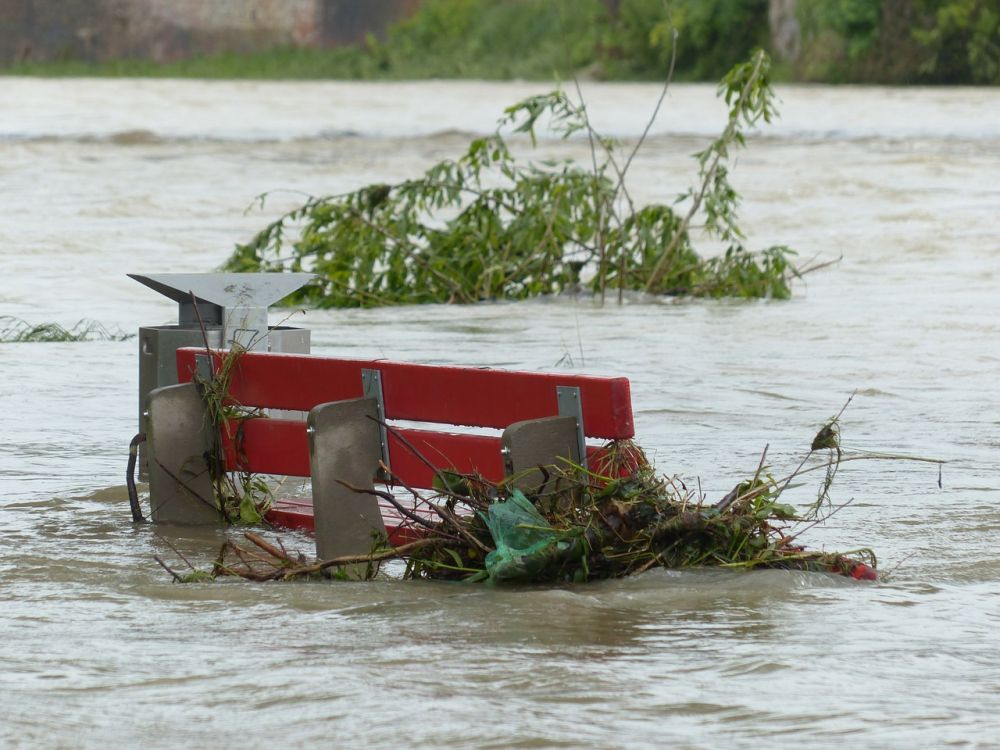 From today until Friday next week, delegates from 192 countries are gathering in Copenhagen, Denmark, in order to create a new, “legally-binding”, global treaty on climate change. Global climate change treaties, such as the Kyoto protocol, are based on the assumption that the market, if given the correct regulation and incentives, can solve the problems of climate change. However, climate change can only be solved under Socialism – a system in which the economy is democratically planned according to the needs of people and the planet.

From 7th to 18th December 2009, delegates from 192 countries will be gathering in Copenhagen, Denmark, in order to create a new, “legally-binding”, global treaty on climate change. The UN Climate Conference in Copenhagen (known as COP15) marks the culmination of two-years of negotiation to try and generate a replacement for the Kyoto protocol, which is due to expire in 2012.

Global climate change treaties, such as the Kyoto protocol, are based on the assumption that the market, if given the correct regulation and incentives, can solve the problems of climate change. The main basis of the Kyoto treaty was the UN “Clean Development Mechanism” (CDM), which allows countries to treat carbon dioxide (CO2) emissions as a commodity that can be traded just like any other. Countries are given a CO2 limit that they must keep to; however, any country exceeding their limit can “offset” their emissions by purchasing “carbon credits” from a country that is below its limit.

These “cap-and-trade” schemes have existed in various forms for some time, and have been proven to be completely ineffective at best, and genuinely harmful at worst. A scheme known as “Reducing Emissions from Deforestation and Degradation” (REDD) allows wealthy, carbon-hungry countries to offset their emissions by paying poorer, tree-rich countries to reduce deforestation. In many cases this has become a new form of conditional bilateral aid, which The Economist describes as an “arboreal Washington consensus, with an approved set of tree-related economic-policy prescriptions”.

The EU has also set up a cap-and-trade system, known as the Emissions Trading Scheme (ETS). This was designed to put a price on CO2 emissions and encourage industry to invest in low-carbon technologies. However, after pressure from Big-Business, the EU allowed large-emitting industries, such as aviation, to be exempt from the ETS, and created a large excess of carbon-credits, resulting in a crash in the price of carbon and a continuation of business-as-usual for everyone. Andrew Simms, policy director at the New Economics Foundation, described the situation perfectly, saying “The ETS initially issued more permits to pollute than there were emissions and now, in the recession, is trading emissions that don't exist - so-called hot air”.

The USA is the latest country to attempt to introduce a carbon-trading scheme, but this time Big-Business has managed to get its foot in the door even earlier, giving “donations” to Senators in exchange for the promise of a watered-down cap-and-trade bill. As a result, the latest proposal that is working its way through the Senate includes subsidies for nuclear, extra support for US oil and gas industries (under the guise of “energy security”), and a potential “border tax” on goods from countries with lax environmental standards - essentially a carbon tariff.

The International Institute for Environment and Development, a British think-tank, says the global carbon market could be worth $118 billion a year, whilst others estimate that carbon-trading could become a financial industry worth trillions. Like most other transactions in the financial sector, this carbon-trading is what Marx referred to as “fictitious capital” – capital without any real value, which only serves to create asset bubbles, temporarily helping the bankers and stock-brokers to make a tidy profit. New Scientist reports that, “The potential for making a profit from buying or selling carbon-credits has encouraged a whole landscape of speculators, hedge funds, carbon brokers, and complex financial instruments to spring up”, and then goes on to point out that, “If we cannot trust financiers with something as apparently straightforward as the housing market, why should we imagine they can triumph at controlling global pollution?”. Meanwhile, in a recent report entitled “A Dangerous Obsession”, the environmental group “Friends of the Earth” (FotE) say that, “The complexity of the carbon markets, and the involvement of financial speculators and complex financial products, carries a risk that carbon trading will develop into a speculative commodity bubble that could provoke a global financial failure similar in scale and nature to that brought about by the recent subprime mortgage crisis”.

Whilst New Scientist and FotE are both correct in pointing out the flaws of carbon-trading, they are not revolutionary organisations, and ultimately they both point to government “regulation” and “intervention” as the solution to climate change. The British Government, however, has shown no desire to regulate or to intervene, and will never do so as long as it supports Big- Business. The Government nationalised the banks to protect the bankers, not to direct investment into green-technologies; for example, nearly 20% of GDP in the UK has been spent to prop up the financial sector, compared to just 0.0083% on green economic stimulus. Meanwhile, instead of regulating important industries such as the cartel of energy companies, which make huge profits from selling electricity and gas at extravagant prices to poor pensioners, the Government chooses to liberalise these markets even further.

Friends of the Earth, like many others, propose the idea of a “carbon tax” instead of establishing a price for carbon through trading schemes. Socialists, however, must oppose such a suggestion, as a carbon tax would be a regressive tax, driving up energy prices for the unemployed, pensioners, and other people in “fuel-poverty” who, according to academic studies, already spend up to 19% of their income on heating in some cases.

It is clear that climate change is a grave danger to the planet and to humanity. According to the latest report by the Intergovernmental Panel on Climate Change (IPCC), “it is more than 90% probable that humankind is largely responsible for modern-day climate change”; however, Socialists should point out that, like all inequality created by Capitalism, climate change is problem that is caused by a rich minority, but that affects the poor majority. Developing countries across the world will be more affected by climate change due to flooding, drought, and a greater risk of disease, whilst it is the most vulnerable sections of society within rich countries that will be hit by climate change, such as pensioners who are unable to heat their homes during the periods of extreme cold that are the result of climate change.

Many politicians and environmental activists across the world are placing great hope in the Copenhagen talks, seeing a global climate treaty as the only possible solution to the problem of climate change. Most people, however, have already given up any hope of an agreement being reached in Copenhagen, predicting that the talks will fail due to the contradictions between the demands of rich countries, such as the USA, and developing countries, such as China and India. Socialists, however, recognise that the problem with climate treaties is much deeper; the problem is due to contradictions within Capitalism itself.

A System For Profit

Capitalism is a system that is run solely for short-term profit, and does not place any value in the environment or the plant. Climate change is an inherently long-term problem, and can never be solved by market-based solutions such as carbon-trading or by governments such as New Labour that buy into Capitalism. If you accept Capitalism, then you must also accept the logic of Capitalism. This logic dictates that you cannot regulate Capitalism and try to create a greener, more benevolent version of it. Any attempt to tame the damage that Capitalism causes on planet will inevitably eat into profits, and is therefore unacceptable to the Capitalist system. Creating a commodity out of carbon just exposes the environment to the same anarchy of the market that has created the latest deep recession and all other recessions before it.

Climate change can only be solved under Socialism – a system in which the economy is democratically planned according to the needs of people and the planet, involving the nationalisation of the major levers of the economy, such as the banks, the energy industry, and transport, all under workers control. Climate change is an international problem, and international Socialism is the only solution.