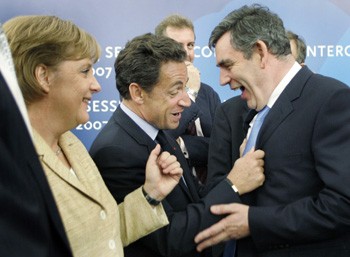 Stock exchanges and commodity prices are on their way up. The world economy is showing faltering signs of recovery. There’s no doubt that it’ll be a long haul. Millions of people all over the world have had their lives devastated by the economic tsunami. It will take years to clean up all the mess. But one major national economy after another has announced that the recession is officially over – France, Germany, Japan and even the USA. All except Britain. Why is British capitalism still stubbornly stuck in the mire?

One reason is rooted in the history of British capitalism. Britain was the first country to industrialise and became the ‘workshop of the world’. It’s an old story, picked up by Trotsky in his 1925 book ‘Where is Britain going?’, but Britain was also the first country to deindustrialise. The British capitalists were not prepared to invest in order to compete with more dynamic rivals such as Germany and the USA. As a result they fell behind in the race.

In decline sections of the ruling class began to believe that this country, with 60 million people, could make a living out of ‘invisibles’ instead of manufacturing, in particular by selling financial services to the rest of the world. The Tories under Thatcher argued that "manufacturing didn’t matter," Marxists warned that finance capital was essentially parasitic upon productive activity and total reliance upon it was a dead end.

Brown and New Labour swallowed this fantasy hook, line and sinker. They actually turned it into a theory – a philosophy of the absurd. New Labour guru Charles Leadbeater even wrote a book called ‘Living on thin air’ in 1999. In fact by turning the City of London and Canary Wharf into a vast casino and boasting about ‘light touch regulation’ here they made Britain uniquely vulnerable to the speculative fever that fed the boom that went bust two years ago.

Here is what Brown told an assembly of finance capital at the Mansion House in 2007, just months before the crash. “I congratulate you on these remarkable achievements, an era that history will record as the beginning of a new golden age for the City of London ... I believe it will be said of this age, the first decades of the 21st century, that out of the greatest restructuring of the global economy, perhaps even greater than the industrial revolution, a new world order was created." So New Labour stubbornly presided over a continuing loss of jobs in manufacturing, with over a million gone since 1997.

“Alistair Darling and Gordon Brown...say that Britain is immune. They've even commissioned a Treasury report to try to prove it.

Don't believe them. The chill winds of economic crisis are coming our way. The parallels between the US, which is already in the mire, and the UK are stark.

This has already started happening in the States. It's just a matter of time before it's played out here.”

British and US capitalism were worse hit than the other major capitalist powers by the world capitalist crisis. And this was because they showed all the classic features of relative decline compared with their rivals.

The Economist echoed the point (11.10.08). “The underlying problem is that Britain’s economy was vulnerable even before the credit crisis struck. Much of its recent growth had been driven by the City and based on a financial model whose defects have now been brutally exposed.”

What we predicted is exactly what happened. The price of houses collapsed as we said it would along with the credit crunch. Despite a slow climb back from the depths, the actual level of house sales is very low. Then in October 2009 prices slipped back again, leading FindaProperty to warn of “a growing risk of a double-dip housing recession.” 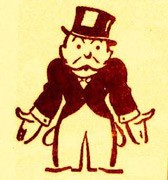 The consumer boom has gone west along with the house price bubble. And the banks have stopped lending just when workers and firms need credit most.

Britain’s debts to other countries haven’t gone away. The pound is in freefall, particularly against the Euro, but cheaper exports won’t pull British capitalism out of the pickle it’s in. Why not? Because all the countries where people might want to buy our goods are also suffering from the world recession.

The government deficit is exploding, partly because of the cost of bailing out the banks. As tax revenues dip with the recession, so the government has to pay out more to keep workers on the dole. Now the IMF warns that ten years of cuts and tax rises lie ahead as a result.

British capitalism is in continued decline. Its weakness is exposed by the present crisis. To bet all our livelihoods on becoming a financial centre like a giant version of Luxembourg or the Cayman Islands was always ridiculous. Only a socialist reconstruction of Britain can stop the rot and offer decent, useful well-paid work for all.