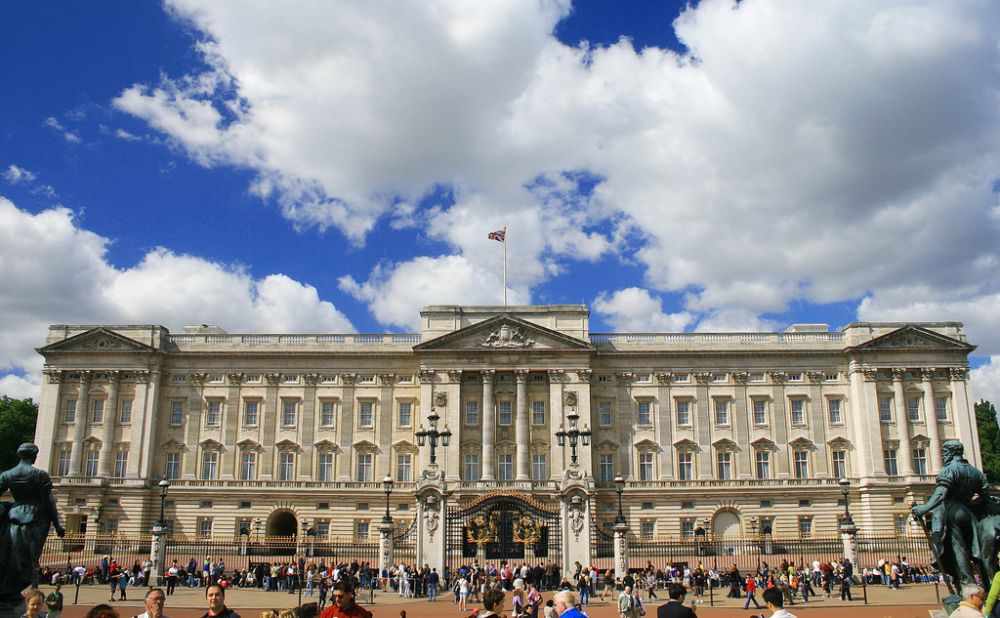 But in these straightened times of capitalist crisis and never ending austerity, this ostentation does not go unnoticed; nor unchallenged, and that is yet another danger for the embattled establishment. As these lines are being written, upwards of 135,000 people have signed a petition calling for the Royal family to pay for the £369m refurbishment of their ‘home’, Buckingham Palace. The petition explicitly links this demand to the question of austerity and the enormous housing crisis engulfing the UK - which, ironically and hypocritically, Prince William is pretending to be concerned about with his plea in the Evening Standard to help the young homeless.

The textbook response of monarchists to the lavish wealth and privileges of the Royal family is to assert that ‘our’ monarchy brings in more wealth and influence for the UK through tourism revenues, and the ‘soft power’ they help to project. Indeed, nowadays House Windsor is thoroughly enmeshed within ‘Britain PLC’. Prince Andrew is such an important and successful trade envoy that he has been embroiled in a £43bn bribery scandal over arms sales to the Saudis. How could anyone object to that?!

And yet the claim that they bring in a net profit for the UK is extremely speculative, is never backed up by facts, and can simply never be proven. How can we ever know how many tourists are coming mainly thanks to our Royalty, or that these tourists would not come anyway - if the Royalty did not exist - to look around the Buckingham Palace museum? At any rate, any net profit they are responsible for must be negligible. Hence the argument amounts to the idea that we should sell our political system and equality for peanuts.

Nevertheless, the above justification for maintaining these relics of feudal barbarism is highly dubious in itself. It is about time it was subjected to criticism, especially in light of the obscene amount of taxpayers’ money to be spent doing up Buckingham Palace.

The official reported annual expenditure of the Head of State was £41.5 million for the 2008-09 financial year. But this figure did not include the cost of security provided by the police and the army and some other expenses (such as, for example, the money now being spent on the palace).

The campaign group Republic estimates that the total annual cost of the monarchy is actually £334m, around eight times the official figure published by the royal household. But it is hard to know the real figures, as they are beyond the powers of Freedom of Information legislation.

Last year the Queen took a 7% pay increase; next year she will receive a further 6.5% pay rise. Until ten years ago, the Queen paid no tax whatsoever, as she is exempt from such legislation. She now magnanimously volunteers to pay tax on her (undeserved) pay, though she is still exempt from paying inheritance tax.

Stealing from the poor to pay the rich

As we reported in 2002, “Yet another trick (which amounts to a barefaced fraud) is to deliberately confuse the Queen's public and private roles to get more money from the public. Last Spring she travelled to Balmoral - her private residence in Scotland - presumably to take a break from the strains of everyday life. Naturally she travelled by plane. The return flight to and from London cost £21,250. This was just one flight, and was naturally paid for by the taxpayer.” If she must fly by private jet, presumably she can pay for that sort of luxury out of her already enormous allowance. “The royal palaces are another swindle. Windsor palace is supposed to belong to the Queen. But when a fire broke out costing £10 million, it was the taxpayer who was asked to foot the bill.”

According to Republic, “Additionally, income from the Duchy of Lancaster and the Duchy of Cornwall – despite belonging to the nation - goes directly to the Queen and Prince Charles respectively, depriving the treasury of tens of millions of pounds every year."

In 2013, the Guardian reported on a court order that lifted the lid on Royal influence over public affairs, which revealed that: “The Queen uses revenues from the Duchy of Lancaster's 19,000 hectares of land and 10 castles to pay for the upkeep of her private homes at Sandringham and Balmoral, while the prince earns £18m-a-year from the Duchy of Cornwall.” This money is in addition to the allowance the Royalty receive from the taxpayer, and is generated by the vast landholdings they have simply inherited.

Our Royal enthusiasts will retort that these properties also bring money in for the taxpayer, so it is only fair that their owners (as if they have done anything to deserve owning these properties) should get some of the profits! But are they really so profitable for the public? Again, Republic points out that relatively low-key tourists attractions such as “Chester Zoo, Stonehenge and the Roman Baths are all more successful tourist attractions than Windsor Castle, which is the only occupied royal residence to attract visitors in large numbers. If Windsor Castle was included in the Association of Leading Visitor Attractions (ALVA) list of top attractions it would come in at number 24.”

A revolutionary republican government in Britain would hardly bomb these historical sites out of existence, but would instead open them up to the public for whatever was most profitable to the public - be that as social housing or as a museum. It is most likely this would be a far more profitable use of these tracts than is provided by their current opaque function.

Make them pay their way!

This is the financial background to the current £369m Buckingham Palace renovation. That cost will effectively double one year’s public expenditure on our most lavish of all ‘welfare queens’. If the Queen gets a personal allowance of almost £50 million every single year, and on top of this earns millions more from her vast collection of assets, all for simply being born into the Windsor family, the demand in the above mentioned petition that she should pay for these renovations is really only the mildest and most reasonable of demands we could make upon our Royalty.

And yet John McDonnell, the Labour shadow chancellor, has unfortunately found this demand a tad too much, a bit of an unreasonable incursion into the Queen’s personal affairs, which after all should, he contends, be looked after by the public. We expect more of an honest, fighting spirit from the shadow chancellor, who is widely understood to be a republican socialist. If he is a republican, how does he expect the monarchy’s reign will finally be ended without being so bold as to demand it pay its own way?

The notion that we should keep the Royal family as our masters because they bring in a bit of coin is almost certainly factually wrong. But it is a fine and fitting expression of the alienation, anarchy and humiliation of life under capitalism that we would surrender ourselves to an undemocratic institution in the hope that this sacrifice may bring in some extra cash, just as our politicians prostrate themselves in the face of the mysteries and vagaries of the movements on the stock exchange.

If we want real control over our lives, if we want a truly free and democratic society, we must free ourselves from this bondage to the market and the rich. A good place to start would be to insist that we do not pay so that one family may live in extravagant luxury at our expense.