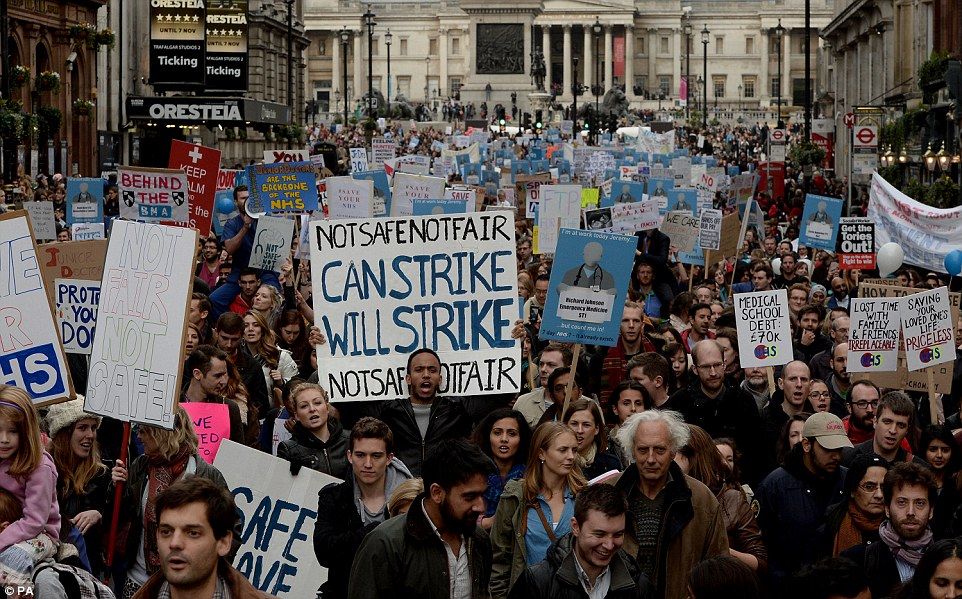 As Osborne takes his axe to welfare spending, hacking away at the livelihoods of the most vulnerable layers of society, millions will be facing a very bleak Christmas indeed. The Tories will see to it that for many it will not be a season of joy and goodwill.

[Editorial of the latest edition of Socialist Appeal]

While the Tory leaders prepare to indulge in their luxuries this Christmas, millions will struggle to put food on the table for their families. Many will not sleep, worrying about what the future will hold. Others will die of fuel poverty, that is, they will freeze to death for lack of money to provide heating.

Already, 43,000 families have been evicted from their homes over the year to June, the highest number on record, and linked to government imposed cuts to housing benefit. “A growing number of families”, states Campbell Robb, head of Shelter, “were on the verge of homelessness, and petrified that any small drop in income could leave them with the bailiffs knocking at the door.”

The health service, starved of resources, is on the brink of collapse this winter. Cuts to the social care budgets have filled hospital beds with elderly patients, who have nowhere else to go. Accident and emergency centres are overwhelmed. The root of the junior doctors dispute is not only the dangerously long hours they are forced to work, but also the endemic understaffing and hospital cost-cutting measures imposed upon the NHS.

Osborne was cheered to the rafters by his Tory backbenchers when he announced the goal of a budget surplus by 2020. That was before the growing public outcry, starting with the £4bn cut in tax credits to the poorest working families in the land.

Fearing an almighty backlash, the decrepit House of Lords forced the government to rethink its cuts to tax credits. Splits have now opened up over how to impose more cuts. Tory backbenchers are becoming alarmed. There is even a threat of ministerial resignations. All this when the Tory government is only six months old. In addition, there will be civil war in the Tory Party over Europe in the coming period, which could not come at a worse time for them.

“The easy savings have been found”, comments the Financial Times. “This second squeeze promises to exact a serious toll.” The article continues, “The national mood has changed. Five years ago Mr Osborne could just about get away with the absurd claim that, unless he wielded the axe, Britain would be Greece. Austerity found a public resonance.”

Not any more. There is a growing hostility to the new round of cuts. But this is the era of capitalist austerity. The “country” cannot afford the reforms of the past we are now told; our profits must come first, demand big business and the City of London. They intend to take public spending back to 1938 levels.

This Tory regime of austerity arises from the on-going capitalist crisis and the bailout of the banks in 2008. The state was happy to rescue the profit-hungry banks to the tune of £1.2 trillion, the equivalent to 82% of all the goods and services the country makes in a whole year; but today the working class, especially the weakest and poorest, are being asked to pay the bill.

There is growing bitterness and anger over this on the part of the masses in Britain today. This is going to intensify over the coming months and years. There are clear dangers of a social explosion in our cities and towns, which explains the “moral” fretting of the House of Lords and the Church leaders.

But the world crisis is too deep to tinker away. This explains why all western governments have reverted to austerity. Capitalism is in a complete impasse in Britain and internationally.

In such a situation, millions will be forced into opposition to the Tory onslaught. It was in this sense that Marx spoke of the revolution sometimes needing the whip of the counter-revolution.

While the Tories are intent on cuts, preaching “sound finance” and “balanced budgets” as in the 1930s, the Left has adopted the alternative of Keynesian policies, i.e. budget deficits, as a solution. But orthodox economics (deflation) and Keynesianism (inflation) are just the head and tail of the same capitalist coin.

It is true, as the Keynesians say, that austerity cuts the market and makes the crisis worse. There is a chronic lack of demand everywhere - but this is only one side of the problem. Capitalism relies on profitable markets and investments in order to function but these do not exist today. You cannot artificially create demand. Governments have to get their money either from taxing the working class (which cuts demand) or from the capitalists (which cuts investment), thereby making the crisis worse.

What is needed are socialist policies to deal with the crisis. The only way out is for a Left Labour government to take over the commanding heights of the economy: the 150 or so banks, finance houses and giant monopolies that control the economy. Only then can we use the resources of society for the benefit of working people as opposed to the billionaire class that live off our labour.

The nationalised industries would be run democratically under workers’ control and management. Everyone would be involved in the drawing up of a national plan of production.

Such a socialist  plan would give everyone a job by reducing the working week to 20 hours. The profits, rather than going into the pockets of millionaires, would be reinvested and used to raise living standards, as would the extra production. This would mean the end of the tyranny of the market, which has produced this world crisis.
A socialist Britain would be a beacon to workers throughout crisis-ridden Europe and the world. It would be a stepping stone to a Socialist United States of Europe and a world socialist federation.

On that basis, living standards would continually rise and poverty, unemployment, homelessness and war would a thing of the distant past.

The choice facing us is socialism or barbarism. Winter is coming...it is the long winter of capitalist austerity and only a bold socialist programme can offer a way out of this Tory nightmare.