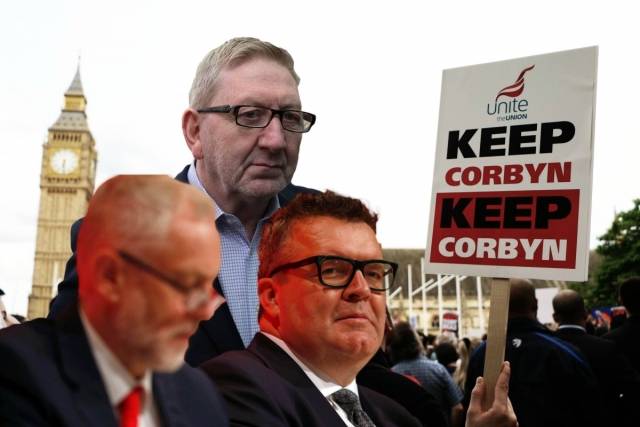 It is deeply ironic that those who have spent years ignoring the working class and trying to break the link between the trade unions and the Labour Party should now be taking such an intense interest in the future of Britain’s biggest union, Unite. And yet this is precisely what is happening at present, with the Blairite wing of the Labour Party going into overdrive in their attempts to kick out the incumbent, Len McCluskey, as ballots for the Unite leadership election arrive through the letterboxes of the union’s 1.4 million members.

With the Machiavellian Tom Watson, Labour’s deputy leader, at the centre of the scheming, the Labour Right – with the full support of their friends in the mainstream media – are working hand in glove with Gerard Coyne, McCluskey’s right-wing challenger, to secure control of Unite, a key backer of Corbyn’s Labour leadership.

As the contest for the position of Unite general secretary enters its final furlong, with voting taking place over the next month, the Coyne-Watson alliance have stepped up a gear and are throwing everything but the kitchen sink at the current Unite leader.

In this task, Coyne – currently Unite’s West Midlands regional secretary – has the implicit backing of the Establishment. Indeed, as if to prove the point, Coyne was given ample space in the xenophobic, anti-working class Murdoch rag the Sun recently in order to smear and slander McCluskey, purporting the malicious “alternative fact” (in Trumpian speak) that the current general secretary had used hundreds of thousands of pounds of members’ money to purchase a “luxury flat in central London”. (In fact, as McCluskey and others have noted, the money was used to ensure that the general secretary – and all future Unite leaders, Coyne potentially included – would be able to take up the position, based in the Unite HQ in London, despite the soaring cost of housing in Britain’s capital.)

The reason for Watson and co.’s sudden keen interest in union leadership elections is plain for all to see. Unite the Union is a heavyweight in the Labour Party, providing delegates to CLPs, representatives to the Labour National Executive Committee, and the lion’s share of the Party’s funds. Len McCluskey, meanwhile, thanks both to the pressure from grassroots members and also to the arrogant behaviour of bureaucratic bullyboys such as Watson, has been pushed into playing a leading role in the Corbyn movement, coming out firmly in defence of the democratically elected Labour leader during last summer’s attempted Blairite coup. Removal of McCluskey, then, could deal a mortal blow against Corbyn, particularly at a time when the anti-austerity leader is already floundering.

In this respect, Coyne is the ideal puppet candidate for the Labour right wing, with his key pledge – if elected – to distance Unite from the Labour Party’s internal political struggles. Coyne’s hypocrisy, however, is startling. On the one hand, he accuses his rival of being “obsessed with Westminster power games” and wanting to play the role of “kingmaker” in regards to Labour. On the other hand, meanwhile, Coyne willingly allows himself to be a pawn in Tom Watson’s very own “power games” for control of the Party.

Can the real “entryists” please stand up?

Elsewhere, Coyne has also recently attacked McCluskey for allegedly wanting to “bankroll” Momentum, the organised face of the Corbyn movement – another impressive display of ventriloquism on the part of Watson, who only last week launched a tirade against Jon Lansman, the self-appointed Momentum leader, for wanting to take over the Labour Party through an “entryist” plot.

“You've revealed your plan,” the Labour deputy leader tweeted at Lansman, following the leak of a recording in which the Momentum boss expressed his desire to see Unite affiliate to the pro-Corbyn Labour faction. “If you succeed,” Watson continued, “you will destroy the Labour Party as an electoral force. So you have to be stopped.”

Such comments reveal the reality of Watson and Coyne’s intentions. Neither are interested in the interests of the working class and the rank-and-file of the labour movement. For both of these venerable gentlemen, the priority is restoring the old status quo, in which a bureaucratic right-wing clique of MPs, party apparatchiks, and union bosses controlled the future of the working class’ mass organisations behind closed doors – a status quo that was shattered over 18 months ago with the emergence of the mass movement behind Corbyn and the election of the anti-austerity, anti-war Labour leader.

Watson and his various minions accuse the Left of “entryism”, conveniently forgetting that they – with groups like Progress and Labour First – have been conducting their own right-wing, big business brand of entryism for decades. As Len McCluskey has correctly (and sharply) noted, it is none other than Tom Watson who is most comfortable in the “world of skulduggery, smears and secret plots”, perpetually “sharpening his knife looking for a back to stab”.

Despite the best efforts of Watson, Coyne, and the Establishment that stands behind them, McCluskey is on course to retain his position as general secretary, having gathered 1,185 Unite branch nominations in comparison to his main opponent’s 187.

The third candidate in the race, left-winger and grassroots union activist, Ian Allinson, trails the pack on 76 nominations. Despite raising many valid criticisms that we share of McCluskey’s tenure as Unite leader and the bureaucratic culture that remains in the union, Socialist Appeal is giving very critical support to McCluskey, as outlined previously, because of the importance that this Unite leadership contest has on the future of the political battle inside the Labour Party.

The task for grassroots union members going ahead is to hold McCluskey and the rest of the union leaders to account: to demand that a united, militant lead and a bold socialist alternative are offered to workers and trade unionists in the fight against the bosses, the Tories, and their programme of austerity and attacks. 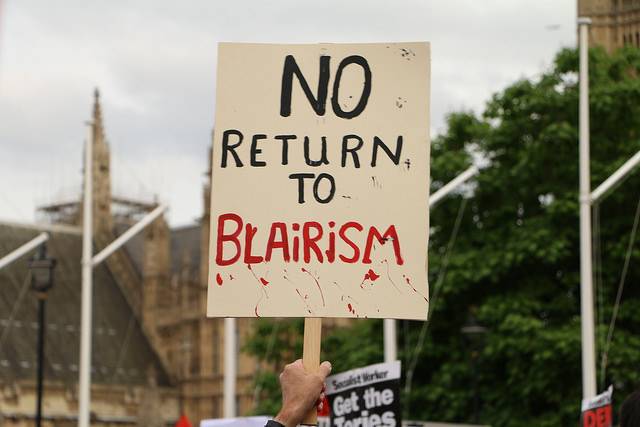 Despite the humiliating setback for Coyne (and Watson), the Labour right wing will undoubtedly continue manoeuvring behind the scenes with their “Project Anaconda” – the plan to isolate Corbyn and regain control of the Party through a war of attrition.

The timing of Watson’s outbursts against Lansman and McCluskey is not accidental, but comes as Labour activists meet to elect their local officers and delegates – including those to the Party’s national conference. In the past, such contests were sewn up by the Labour Right, who have organised effectively to mobilise their gang of Blairite zombies and capture the various positions on offer. But now, having failed to marshal Corbyn supporters at last year’s annual conference, Momentum is now taking a more proactive approach in trying to give the elected Labour leader the support required at a local level.

This, in essence, was the main pillar of Lansman’s “plot”, revealed in the leaked recordings: for Momentum members and grassroots activists to get organised and wrestle control of the Labour Party out of the hands of the Blairite Establishment. It is for this reason that the Labour deputy leader has now come out with such hysterical attacks, accusing Momentum of “entryism” and so on.

Unfortunately, however, Lansman and McCluskey have allowed themselves to be cowed and browbeaten by Watson and his gang’s intimidatory tactics, expressing a denial more ardent than that seen since Peter the Apostle. Indeed, it is ironic that – having prostrated himself before the Blairites and de facto split Momentum in his efforts to prove the leadership’s “respectability” – Lansman now finds himself attacked by the very same right-wingers who only weeks before were singing his praises.

Go on the offensive – kick out the Blairites!

Watson’s latest attacks demonstrate categorically that there can be no compromise between the left-wing, anti-austerity movement that forms the mass base of Labour and the pro-business warmongers that control the PLP and the Party apparatus. The Blairite right wing will continue to do everything in their power to undermine – and ultimately remove – the Corbyn leadership. And they will not stop in this goal until the membership has been completely subdued and the top position is back in their hands.

At the same time, weakness invites aggression, and vacillation creates confusion and paralysis. Rather than backtracking and denying any plan to fight for control of the Labour Party, Lansman, McCluskey, and the rest of the Left leaders should be going on the offensive: pointing out the hypocrisy of the right-wing saboteurs; calling for workers and youth to join the Labour Party, get organised, and deselect the Blairites; and leading the battle to transform the Labour Party and kick out the Tories on the basis of a bold socialist programme.