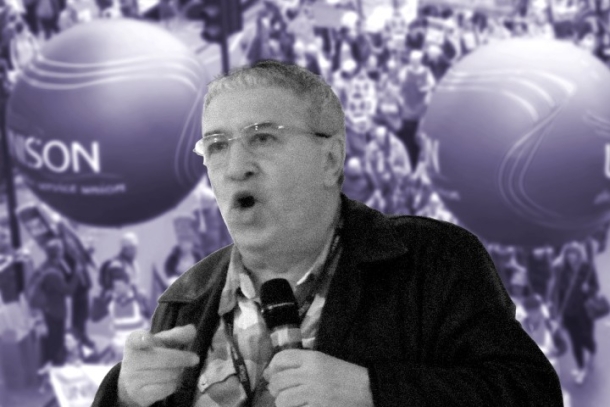 Drunk on their victory at the national conference, the Unison bureaucracy has scandalously stripped Paul Holmes of every elected position he holds in the union. The left must urgently mobilise a rank-and-file fightback against this outrage.

In a shocking attack, the bureaucracy of Unison has moved to divest former president Paul Holmes of every officer position he holds within the union. The order was signed by a senior official last night, stripping Paul of all his posts: from his NEC seat, to his position as branch secretary.

This disgusting move follows a rule change brought in at the recent Unison conference, which stated that members sacked for discrimination or harassment would be ineligible to hold any union positions.

This was clearly targeted at Paul, who has been the victim of a witch-hunting campaign by his employers and the union right wing, shamefully backed by the so-called Socialist Party. This unholy alliance has spuriously accused Paul of bullying staff at Kirklees Council, leading to him being dismissed from his job earlier this year.

This latest episode flies in the face of Unison convention, however, which holds that rule changes cannot be applied retroactively. And it also ignores that Paul has yet to have his appeal hearing with Kirklees Council. Nor has he gone through the employment tribunal meeting he is entitled to.

Nevertheless, as we’ve seen with the Labour right’s purges of their left-wing opponents, these ladies and gentlemen will happily flout every rule or convention in the book if it means routing the left.

Make no mistake – that is the name of the game here. The right wing within Unison tasted blood at the national delegate conference last month, where they were able to inflict a series of serious blows on the left-wing Time for Real Change (TFRC) grouping on the NEC.

This has given them the confidence to now carry out such a brazen attack on Paul. Despite the cowardly decision of the left to replace him as a member of the presidential team, the right wing still view Paul as the figurehead of the insurgent left within the union, and therefore wish to see his head on a stick.

These right-wing careerists are prepared to go all the way in seizing back control of the union, and making Unison safe for the establishment that backs them. It is high time they were faced with the same kind of iron determination from the left.

Unfortunately, such determination has not been shown by the left thus far. When put to the test at the national conference, the TFRC-led lefts stumbled under pressure, apologising for things they didn’t do, and promising to fix problems that the right had invented wholesale. 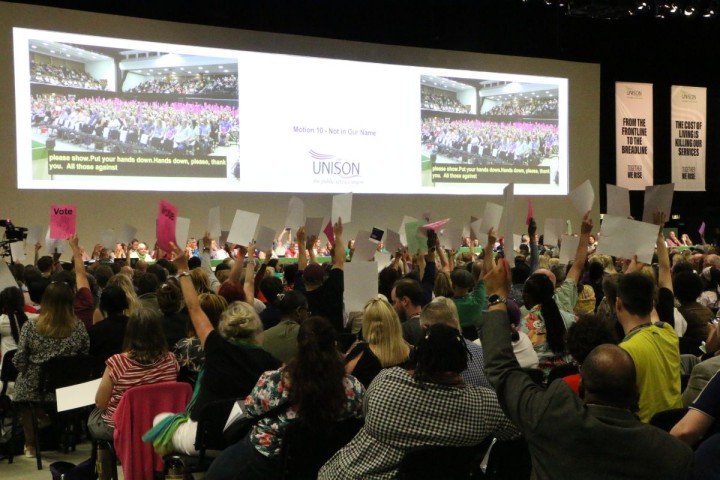 The rule changes were carried through by a rigged conference / Image: Socialist Appeal

Some on the left hoped that these olive branches would be enough to buy them breathing space. But such illusions have been cruelly shattered. Far from being mollified by the conciliation offered to them, the right wing have instead pressed home their attack. Even removing Paul from the presidential team was not enough for them.

No doubt these cretins and bureaucrats will point to the statement produced in the name of the left-controlled NEC, which promised to cooperate with the general secretary, and to respect the rule changes carried through by a rigged conference. This grovelling apology now forms a millstone around the neck of the lefts.

It cannot be stated enough: weakness invites aggression. And the consistent capitulations of the left have now led the right wing to think that they can get away with murder.

Even now, however, the right can be stopped in their tracks. But this means waging war. And in a war, you need to use the best weapons you have.

Legal action to secure redress is one option that has been raised. But the courts are not a reliable tool. We must therefore warn against any illusions in what can be achieved through a solely legal approach.

This has been shown by the attempts of the left-led NEC to fight the right on the legal front over the past year. Blocked from passing six motions that tried to break the deadlock within the union, the NEC sought legal advice. But the bureaucracy simply ignored any opinion it didn’t agree with. Even the prestige of John Hendy QC was brushed aside by them.

What is needed is a political approach. The right wing may be able to mobilise at a branch committee level, via the lay bureaucracy. But this means that the left must go beyond this layer, and mobilise the rank and file.

After all, last year’s election of the Time for Real Change majority on the NEC demonstrates the real mood of the members.

Most members do not want to go back to ‘business as usual’. They do not want a union that is afraid to take its members out on strike, and which leaves them to rot while the ‘super negotiators’ of the bureaucracy establish a cosy relationship with the employers.

The only way to stop this latest despicable display of victimisation is to go to the membership; to explain to them the meaning of this attack on Paul, and what the right-wing bureaucrats intend for the union if they succeed; and to call upon grassroots members to join the fight.

Time for Real Change are already reportedly organising regional meetings to rally their supporters. These meetings must become councils of war, convened to organise an almighty wave of protest against this attack. 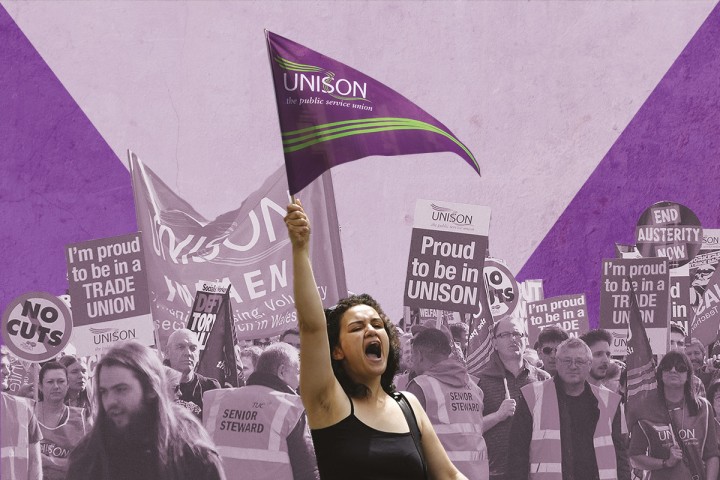 Unison HQ must be bombarded with protests, motions, and letters condemning their attempts to drive Paul out of his elected positions within the union.

The executive of Kirklees Unison branch has shown the way forward, calling for an industrial ballot to defend their branch secretary. This is exactly the kind of militant response that is required from across the movement.

The right are not as strong as they think. They can be faced down and defeated. But this requires leaving the road of conciliation behind for good.

The bitter experience of the Corbyn movement shows very clearly that failure to do this will lead to disaster.

Fighting to the finish, on the other hand, can ensure Paul’s defence, and – more importantly – lead to the transformation of Unison into a genuinely democratic fighting union.

There may not be many more chances to turn the tide in this civil war. The left must act boldly and urgently to seize this opportunity.

Originally published on 05 July at socialist.net |