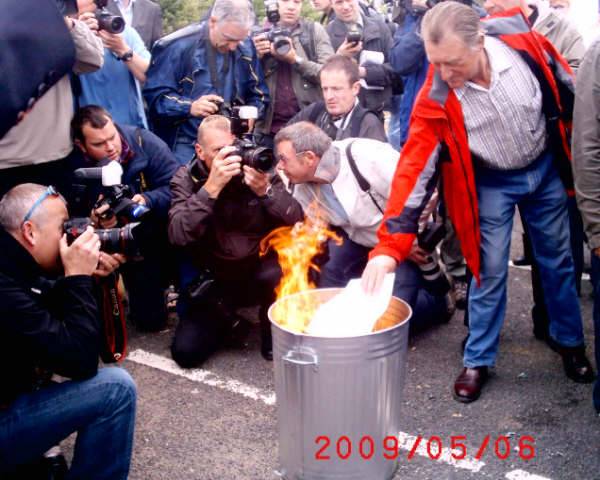 On Monday 29th June the workers at Lindsey agreed to return to work with heads held high. The dispute was completely led by the rank and file, both unions had initially repudiated the action, but the workers led the way, forcing the employers into talks and only when the workers were satisfied with the agreement did they consider returning to work. 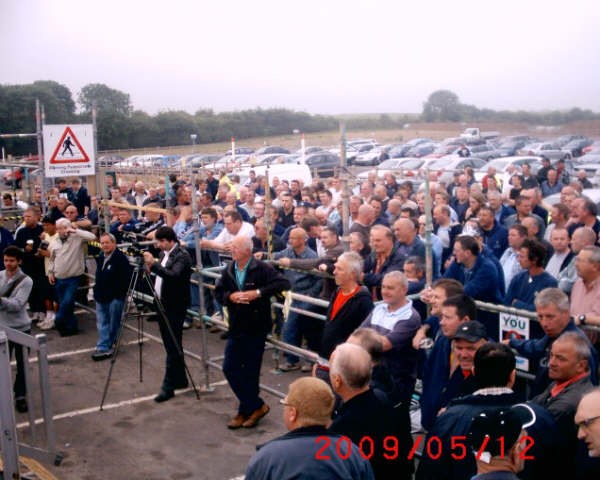 On Monday 29th June the workers at Lindsey agreed to return to work with heads held high. It was a magnificent result and all those involved deserve a great round of applause. The dispute began when 51 scaffolders were sacked at Lindsey and refused employment with another contractor on the site. They were regarded as troublemakers by management. The rest of the workers immediately downed tools in support of them.

Other workers on other sites around the country took solidarity action, when 670 workers were then sacked at Lindsey the fight was really on. What a brave fight the workers took on. Their demands were simple: all to be reinstated and no victimisation against any of the other workers involved in solidarity action.

Management eventually caved in. The reason this happened so quickly was the solidarity from other workers and the determination of the Lindsey workers. They told management in no uncertain terms that they would not give in and demanded their jobs back. Keith Gibson, GMB steward, said "we won this because we wouldn't let them pick and choose who to employ. We came out together and now we are all going back together." Phil Whitehurst added "if any site is victimised because they supported Lindsey then the whole industry will again stand shoulder to shoulder in their support." The dispute was completely led by the rank and file, both unions had initially repudiated the action (GMB later declared the action official and set up a support fund) but the workers led the way, forcing the employers into talks and only when the workers were satisfied with the agreement did they consider returning to work. Every strike should be conducted in this way. The union members are the union not the bureaucrats who often sell workers down the river. It also shows that the anti-trade union laws can be defeated when solidarity action and secondary picketing takes place. 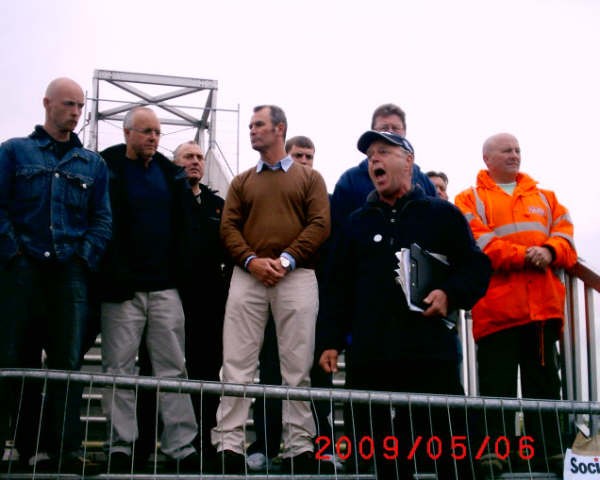 Other workers must take lessons from Lindsey and fight, organise and unite. We have all heard the slogans spouted by union bureaucrats over the years, Lindsey put these words into action with a stunning victory. Congratulations to everyone involved - UNITE London construction branch salutes you. The next step for the stewards on the NAEICI sites is to prepare for the national ballot and work hard for a no vote in the ballot, then the fun really begins, hopefully leading to a complete shutdown of all building sites in the UK. This is long overdue in construction where construction companies have literally being getting away with murder ever since 1972 .We owe it to people like Des Warren (one of the Shrewsbury pickets) who gave his whole life to the trade union movement in the hope of making construction a decent industry.

See more photographs of the strike in the picture galleries here and here.