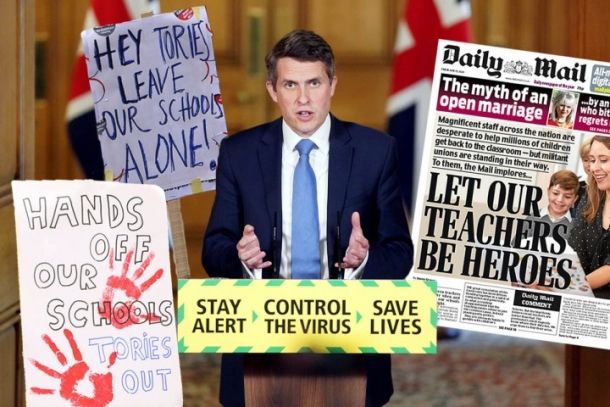 The Tory government is waging war on teaching unions, who are resisting irresponsible attempts to reopen schools. The labour movement must support teachers, and demand that workers be put in control of lifting the lockdown.

A campaign of slander is currently underway against the main teaching unions. This is being led by the Tories, aided by the right-wing press, and helped along by their accomplices in the Labour Party leadership.

What is the unions’ crime? Daring to place the health and welfare of society first – above the government’s reckless proposals to ease the lockdown prematurely, including plans to reopen schools to more pupils before it is safe to do so.

The Tories and their media mouthpieces have declared that teachers should be going back to work. They assert that it is an obstructive union leadership that is digging their heels in, putting disadvantaged children at further risk of falling further behind by keeping them off school for longer than the government deems necessary.

Last Friday, the Daily Mail ran with the headline “Let our teachers be heroes”, calling on the unions to “Let teachers teach”. But this entirely misses the point. This is precisely what teachers and the unions want – but only if it is safe to do so, for pupils and staff alike. 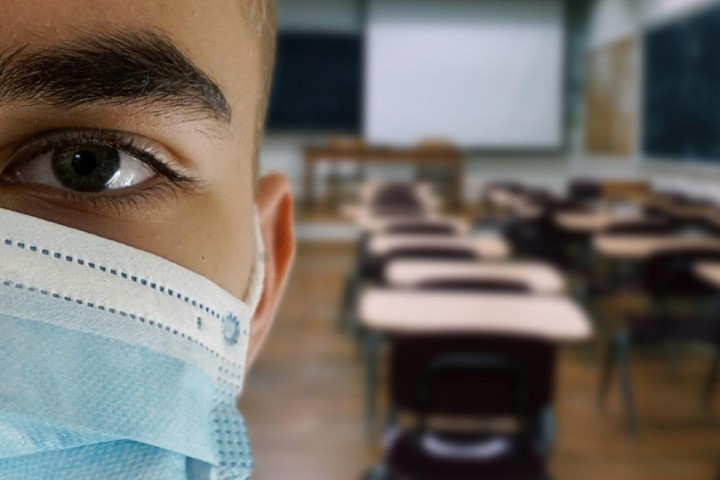 A number of teaching unions have rejected the government’s dangerous plans to reopen schools next month / Image: Socialist Appeal

The government’s proposal is for nursery, reception, year 1 and year 6 pupils to return to school from the 1 June. Students in years 10 and 12, meanwhile, will have some face-to-face teaching time before the summer holidays start.

But teaching unions – including the National Education Union (NEU) and the National Association of Schoolmasters Union of Women Teachers (NASUWT) along with seven others – have rejected the government’s plans.

In a joint statement issued last Wednesday (13 May), union leaders called for a delay until a "full roll-out of a national test and trace scheme" was in place, alongside extra resources for cleaning, protective equipment, and risk assessments.

In response, Tory education minister Gavin Williamson proclaimed that: “teaching unions must do their duty to back government plans and reopen schools.”

Show us the science

The unions, and the teachers they represent, have repeatedly said that they want pupils to be back in school as soon as possible – but only when it is safe to do so. And teaching unions are not going to engage with government plans unless and until there is scientific evidence that it is safe to return.

The unions have asked repeatedly for this evidence. Only on Friday did the government announce that they would publish it. And even then, they did not give any concrete date for when this would be done.

It is likely that this evidence will need to be hastily put together by the government. After all, Gavin Williamson’s scientific advisor, Osama Rahman, admitted this week that he had not made any safety assessment regarding schools reopening.

Osama Rahman said the decision to reopen schools was not made by the DfE.
When asked what assessment he had made, as the chief scientific adviser for the department, of how effective guidance on safe reopening of schools was and how it might be implemented, he said: "I haven't

This fact demonstrates what many already know. The Tory government is easing the lockdown and hastily opening schools, not because it is safe to do so, but because it is prioritising getting the economy moving over the safety of workers and students.

This was demonstrated by a statement from the British Medical Association (BMA), who said that teachers in England are, “absolutely right to urge caution, to prioritise testing and to protect the vulnerable.”

The BMA also said that we should not even consider reopening schools until “we have got case numbers much lower”, adding that the little evidence they have seen has been “inconclusive”.

Vast numbers of parents also say that schools should not be opened up yet. In a survey of parents conducted by the NEU, 84% believed that the science must show that it is safe for schools to reopen before they would send their children back.

The Tories are completely out-of-touch with the lives and concerns of working-class families. But their attitude – that it is in fact the teaching unions, doctors, and parents that are in the wrong – is shared by the Tory-appointed Children’s Commissioner, Anne Longfield, who has said that we need to get schools open “as quickly as possible”.

Longfield has described the union’s request to see the scientific evidence as a “squabble between government and the teaching unions”. In doing so, this leading official has reduced attempts to ensure safety to the level of a mere playground dispute.

“We should have aspirations that all children return to school in some form before the summer,” the commissioner said. But this is an entirely arbitrary “aspiration”, which just so happens to parrot the government’s position: to get children back in schools; workers back in work; and businesses moving again.

This aim is in no way linked to a projected fall in infection rates, or to any other signifier that taking these steps is safe to do so.

The government and their representatives are deploying the most cynical and hypocritical methods as part of their slanderous campaign against the teaching unions.

For example, they have repeatedly rolled out the fact that disadvantaged children are much more negatively affected than other children by being off school. They have used this as a stick to beat teachers with, attempting to shame us into going back to work.

But these children are not immune to the virus, nor from passing it on.

Furthermore, what Williamson and his colleagues conveniently forget to mention is that the conditions that disadvantaged children face are the direct result of his government’s policies.

Tory austerity measures, for example, have resulted in almost a third of children living in poverty in the UK. And the Tories have supported the bosses in creating a plague of unemployment, precarious work and poverty wages for working-class families.

We must also not forget that it is those in the most deprived areas who are dying at double the rate of those in more privileged areas. As a result, sending pupils and staff back too early would effectively be a death sentence for thousands living in poverty, with the infection spreading rapidly through increased contact.

At the same time, children who attend Eton will not be returning until September. As ever under capitalism, it is one rule for the rich, and another for the rest of us.

The most important aspect of our policy for reopening schools is that Eton will remain closed until September, thus protecting the people who actually matter.#Ridge #Marr

The widening education gap between the disadvantaged and the privileged will not be due to teachers wanting to ensure that schools are safe places for staff and students to return to. Rather, it is a result of the inequalities endemic in the capitalist system, which cannot provide adequate housing, wages, and living conditions for all.

The Blairites, as per usual, have lined up behind the Tory government and the right-wing press. They have joined this reactionary chorus in demanding the reopening of schools, despite the lack of evidence that this is safe.

To her credit, shadow education secretary Rebecca Long-Bailey has supported union calls for safety tests to be met before schools reopen. Similarly, a growing number of councils – including Rochdale, Wigan, Stockport, and Hartlepool – have come out in support of teachers and their unions, alongside Liverpool Mayor Joe Anderson, in saying that they will not reopen schools that fall under their jurisdiction on 1 June, due to safety concerns.

But elsewhere, Labour right-wingers have scandalously been lambasting teachers’ unions over their actions.

So David Blunkett is doing a spot of union bashing today. Someone should remind David he's a *Labour* politician, and if he's not prepared to back trade unions when they’re defending their members’ lives he shouldn't be representing the Labour Party. pic.twitter.com/1vny6Sd2bO

Why, then, is Blunkett not lambasting the Tories – those who are really “working against children” by refusing to publish the necessary scientific evidence?

Blunkett was joined in his admonishment of the unions by Labour MP Barry Sheerman, who was chairman of the House of Commons Education and Skills select committee for 10 years under Blair.

Sheerman tweeted that he was, “very unhappy about the teaching unions' reluctance to cooperate on the reopening of schools”, adding that, “great damage is being caused, particularly to children from lower income families by this extended closure and there are safe ways to reopen!”

I am very unhappy about the teaching unions reluctance to cooperate on the reopening of schools great damage is being caused particularly to children from lower income families by this extended closure & there are safe ways to reopen!

Go on then Barry – show us the secret evidence that you possess that shows it is safe!

It is no wonder that all these figures – from Tory ministers, to Daily Mail editors, to Blairite grandees – have closed ranks to attack and slander teachers. In all cases, their main concern is to get the economy moving again; that is, to protect the profits of big business.

The only people who should be deciding whether it is safe to return to work again – in any sector – are the workers themselves. Armed with genuine scientific evidence, and given the power to organise workplaces and implement the safety measures needed, it is workers who must be given control over the lockdown and the fight against the pandemic.

The whole of the labour movement must throw their support behind the teachers. For now the Tories are focussing their fire on the teaching unions – but next up they will be attacking any other section of workers who stand in the way of them and the capitalist class that they represent.

Workers everywhere – in the NHS, on the frontline, and in schools – are the real heroes. Only by organising and standing firm can we fight against the Tories and their recklessness, and ensure that our lives and health are put ahead of the bosses’ profits.