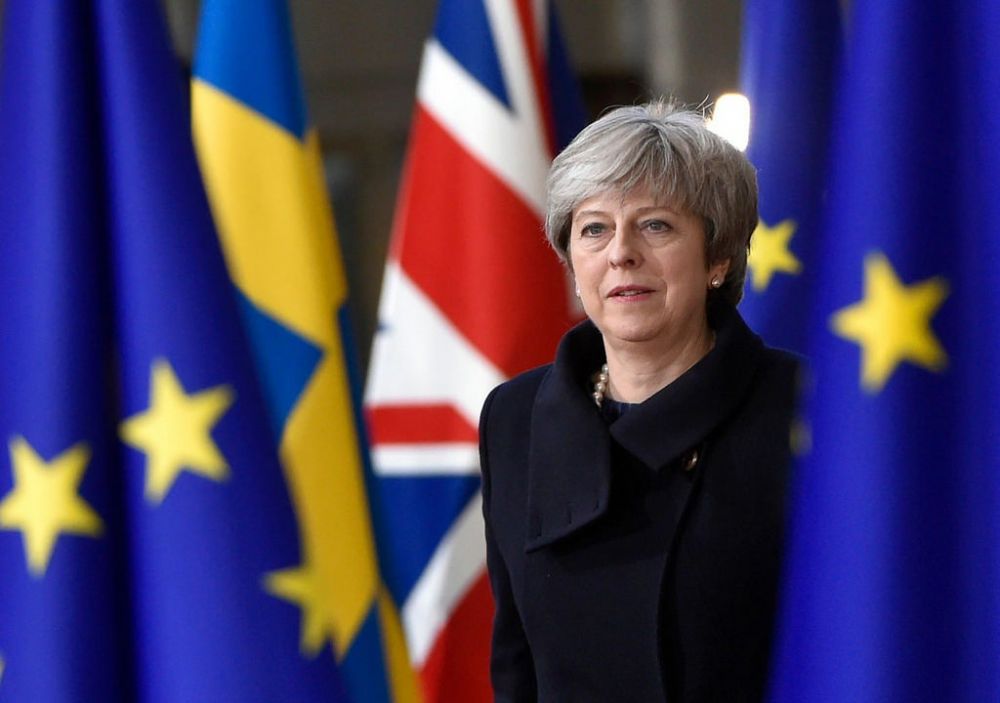 The chaotic Brexit negotiations appear more and more like a pantomime farce, complete with constant shouting from the sidelines. But there is more at stake than just seasonal slapstick. UK Prime Minister Theresa May is in the midst of a political storm that threatens the very survival of the government. Amid cries of “appeaser” and “traitor”, she promises to make “the right choices, not the easy one”.

Not only is the government at stake – the future of British capitalism and its 44 year-old relationship with Europe also hang in the balance. Brexit threatens to turn the long-running economic decline of Britain into a catastrophe for big business. Their main markets are with Europe. Their supply chains are with Europe. A considerable portion of their profits are made in Europe.

For British capitalism, to leave the European Single Market and the Customs Union would be disastrous. It would mean leaving a trade free area in favour of one surrounded by tariff walls for goods and services. Such barriers and restrictions would cripple British business, leading to a major collapse, even worse than in the 2008-9 slump.

“My view is that if Britain crashes out of the EU at the end of March we will see production stops in our factory.”

The stoppages could last “hours, days, weeks – even months,” he added. 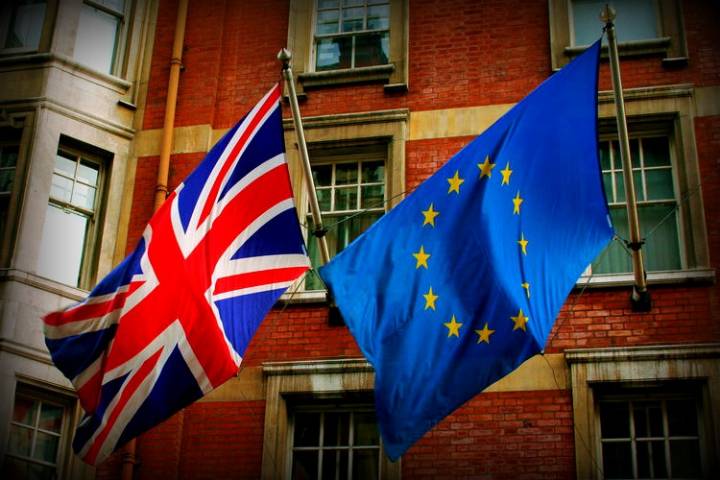 The future of British capitalism and its 44 year-old relationship with Europe hang in the balance / Image: own work

No wonder big business is horrified. Business leaders have been banging on the door of Number 10 in panic. But the Tories have become increasingly reckless – a symptom of their degeneration. After all, it was the short-sightedness of former Tory leader and prime minister David Cameron that led to the referendum and the vote to leave in the first place.

The Tory Brexiteers have become gung-ho, harbouring illusions of “Great” Britain ruling the waves. When told about the objections of big business to a hard Brexit, Boris Johnson simply said, “f**k business”. Hardly the language of a supposedly intelligent, pro-business party.

A hard Brexit cannot be tolerated by the ruling class. They cannot afford to see their markets and profits destroyed. Big business will do everything in its power to stop a hard Brexit or a “no deal” scenario. This is the real meaning behind the recent “People’s Vote” march: a means for big business to put pressure on both May’s government and Corbyn’s Labour.

At the very least they want to stay in the Customs Union, even if this means splitting the Tory Party. These days, the majority of the Tory Party are out of step with the interests of big business. 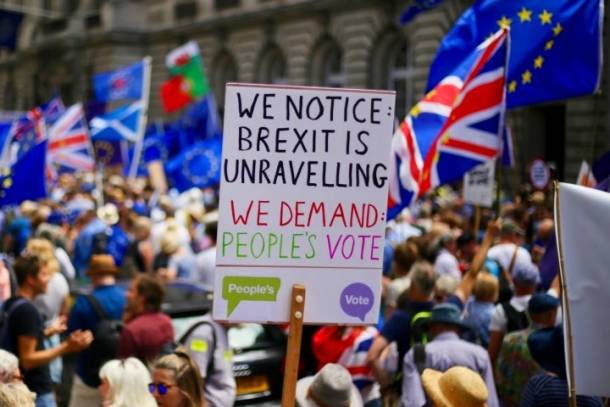 The recent “People’s Vote” march was a means for big business to put pressure on both May’s government and Corbyn’s Labour / Image: Socialist Appeal

There can be no doubt that the strategists of capital have been working behind the scenes to secure what they want and to avoid a hard Brexit. They can live with an “arrangement”, even a “temporary” one, which in practice will last indefinitely. They will hope to remain in the Single Market and Customs Union for an indefinite “transitional period”. In other words, they are pushing for Brexit in name only.

Despite all the bluff and bluster, the most likely course is a deal that satisfies big business.

The talk of a “no deal” Brexit is simply a negotiating ploy to frighten the other side. Business would never tolerate such an outcome. They will not simply lie back and allow their own throats to be cut.

On the contrary, there will be a deal and May will swallow the demands of Brussels. Up until now, Britain has been forced to bend to the diktats of European negotiators at every turn. May will have no alternative but to do so again when the time comes to put pen to paper. But she needs time to build a majority. 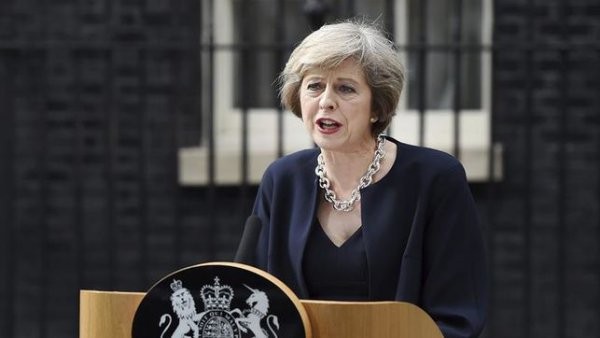 A general election could soon be on the cards, and with it the election of a Corbyn-led Labour government. This would open up a new chapter for Britain / Image: Anitcapitalistes

“The idea of lengthening the transition is fraught with problems for Mrs May,” states the Financial Times. “It would mean Britain remaining a member of the EU in all but name until close to the next general election, which must take place by mid-2022.”

This will not be a painless process. There will be a considerable political cost to pay for May’s “betrayal” to the Brexit cause. But when big business says jump, the Prime Minister will do so. Most likely, a deal will be done by the European Council in December. But then all hell will break loose.

This will mean open civil war in the Tory Party. Already, Tory MPs are saying “assassination is in the air” and that May “should bring her own noose”.

Any “soft” deal with Europe would split the Tory Party, with 100 or more Tories voting against the government. In the face of a “no deal” scenario, Labour could be pushed into supporting the deal, although a section of Labour MPs would vote against. Barnier has already met personally with Corbyn to reassure him. The SNP and Lib Dems would vote in favour of a soft Brexit to prevent a “no deal” outcome.

Even if Labour votes against, Tory whips believe there will hopefully be enough Labour rebels to make up for Tory oppositionists. 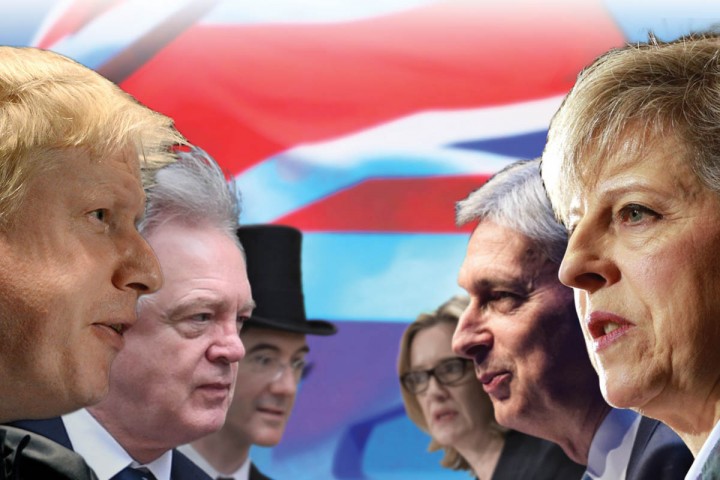 Any “soft” deal with Europe would split the Tory Party, with 100 or more Tories possibly voting against the government along with the DUP / Image: Socialist Appeal

However, even if May survives the vote, the government will have lost its majority. The DUP would be against, due to the imposition of an “Irish backstop”, and a layer of Tories would be thrown into frenzied opposition. The May government could then fall quickly in such a scenario, as it would not have the support to carry on.

A general election would therefore be on the cards, and with it the election of a Corbyn-led Labour government. This would open up a new chapter for Britain.

But this would only be the beginning of a new period of turmoil in the UK. Having avoided a catastrophe over Brexit, British capitalism would face a new catastrophe: a developing trade war and a new world slump. And there is no way the capitalists could avoid this maelstrom.