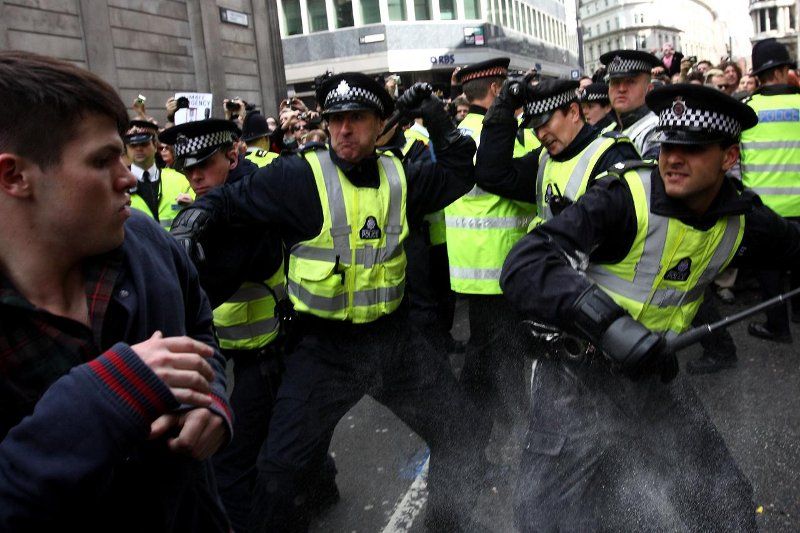 Britain is heading for a showdown. The British establishment is taking stock of the situation. They are fully aware of the social crisis that is unfolding. The illusions of class harmony have evaporated. They consider that it is time that the working class learned its lesson that capitalism cannot afford any reforms. Counter-reforms are on the order of the day. The workers are therefore being sent to the school of the coalition government whose programme is “red in tooth and claw” austerity.

The ruling class is preparing their foot soldiers. The police, an essential part of the state apparatus, are being beefed up for what is coming. This job was given to Paul McKeever, the chairman of the Police Federation, who warned his national conference that Britain faced mass 1970s-style social disorder similar to the recent events that have shaken Greece. According to him, the violent upheavals in Athens, hit by demonstrations, strikes and street protests, were likely to be repeated here, as Britain introduces severe austerity measures to cut the fiscal deficit. Such a path, he warned, would mean that industrial unrest and riots could become commonplace here over the next few years. “We could have that sort of distress on the streets again”, he told officers at the Federation’s annual conference in Bournemouth.

McKeever went so far as to show delegates a video that juxtaposed present-day pictures from Greece with footage from 1977 of a National Front march in Lewisham and the Grunwick strike in North London.

“I have real fears we might go back to something like that”, he said. “History tells us it happens again and again.”

Although this is also an attempt to put pressure on the government not to cut funds to policing, his comments are not misplaced. They are made to prepare the police force for the explosive times that impend. The serious strategists of capital are well aware of what is in store. They will be preparing to defend their system, by whatever means is necessary, from the inevitable backlash.

In 1979, Margaret Thatcher took measures to take on the working class, including increasing police pay. She wanted a reliable arm of the state to be used to break strikes and keep the labour movement in check. The authority of the state, as Fredrick Engels explained, is based on armed bodies of men in defence of private property. The “neutrality” of the state apparatus is a sham, cultivated by the ruling class in order that it can be used more effectively and brutally when the time comes.

Thatcher’s “slash and burn” policies were a reflection of the crisis of British capitalism. The ruling class not only preached class war but actually practised it. This onslaught resulted in widespread social unrest and riots on the streets of Toxteth and Brixton.

At last year’s TUC Congress, held in Liverpool, Brendan Barber made similar warnings to McKeever. He said if austerity measures were introduced in Britain we would face a period of unrest, social upheaval and riots as under Thatcher. Unfortunately, Barber’s pleas were aimed at the ruling class to tread carefully, rather than a call on the trade union movement to prepare for battle. 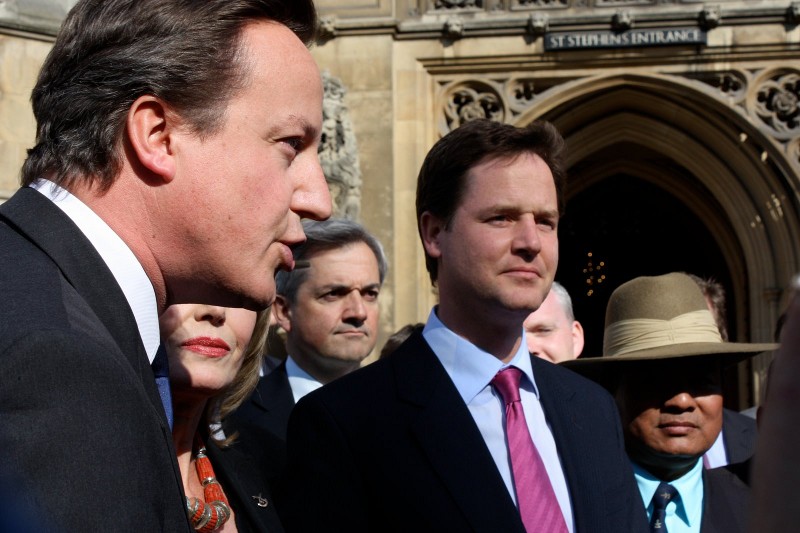 David Cameron and Nick Clegg. Photo by Office of Nick Clegg. But the capitalist establishment cannot be appeased. The ruling class cannot avoid austerity measures, as in Greece, given the severe crisis of British capitalism. The Lib Dem Tory coalition has made that absolutely clear. According to them, we are moving from “the age of plenty to the age of austerity in the public finances.” The recent £6bn cut is only a tiny part of the planned £160bn cuts package they want to carry out. Up to 500,000 public sector workers are to lose their jobs, 50,000 this year. Public sector pay will be frozen, meaning a wage cut for five million workers. “We will become the most hated government this century”, coalition leaders admit. Nick Clegg has already talked of “savage” cuts and the “age of plenty” being over. David Laws, the Liberal former millionaire investment banker and now cabinet minister, said he hoped the recent cuts would cause “shock waves”. We have a responsibility to tell the workers the truth. As under Thatcher, the ruling class is preparing for war. They want the working class to pay for the capitalist crisis, especially the poorest and most vulnerable sections of society. But the workers will not take this lying down.

The capitalists are preparing an almighty backlash, the scale of which we have not seen for generations. What is taking place in Greece and Spain will be repeated throughout Europe, included Britain. We are entering a stormy period where class war is back on the agenda. “The coalition must prepare itself for the battle ahead. Organised labour has seen off British governments before” warns the Financial Times. For working people, there is no way out on the basis of capitalism. The Labour and trade union movement needs to rearm itself with a militant leadership and socialist programme that can offer a real way forward.