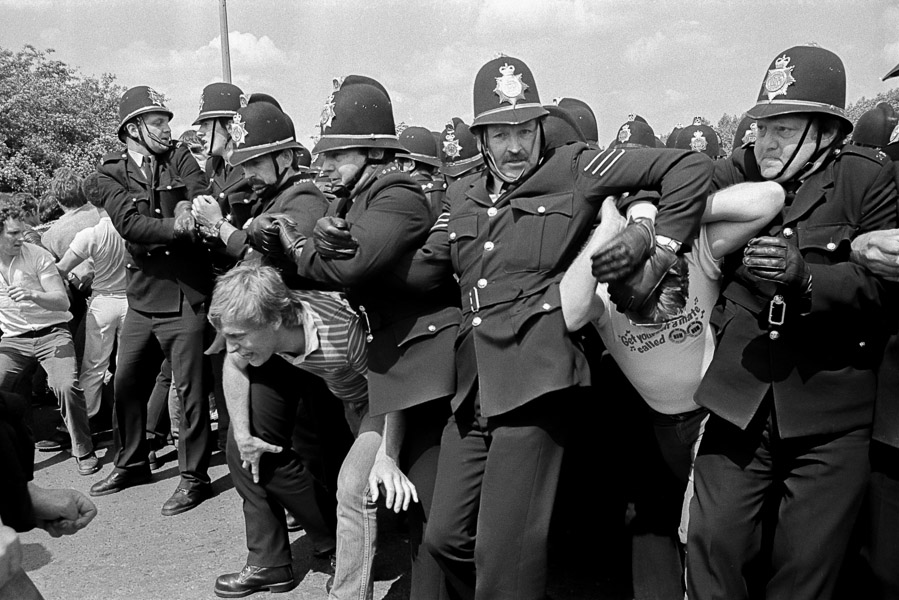 Mick Brooks looks back at the 1984-85 miners' strike (see also The Ridley Report. How the Tories planned to take on the miners and the working class.) The British ruling class consciously prepared to take on the miners after they had suffered humiliation in 1972 and 1974. In order to push through a generalised attack on the whole of the working class they needed to defeat its vanguard. 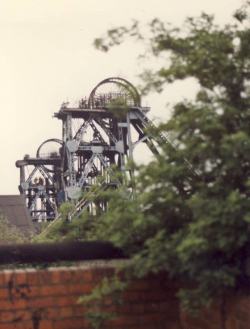 The attacks on the mining communities in Britain was a deliberately worked out plan to smash the most militant section of the labour movement. Photo by nicksarebi on Flickr.

In 1972 280,000 miners went on strike. They pursued their claim with flying pickets, seeking solidarity action to stop coal stocks moving and being used. Everywhere they were met with tremendous enthusiasm. They picketed Saltley Gate, a coke plant in Birmingham. The West Midlands working class marched out of work to greet them.

The mood was electric as almost all of Birmingham’s 40,000 engineering workers went on strike, and some 10,000 marched on Saltley Gate. They joined 2,000 miners at the gates. The 1,000 police on duty were simply overwhelmed.

"At first there were only ten of us, then twenty, fifty, five hundred and finally ten thousand", That is how the picketing built up outside Saltley coke depot." The Militant reporter continued, "Men from Dunlops, British Leyland, Rover, Drop Forge, GEC, etc. were there. Birmingham industry was at a standstill and ten thousand people flooded the square outside the depot, stopping the movement of traffic. The police closed the gates for the day. Victory was ours. I cannot describe to you the feeling of joy, relief and solidarity that descended over all of us there. Leaflets I brought to hand out were taken out of my hands in bundles by total strangers, who distributed them for me. It was like what Petrograd 1917 must have been!"

"Some of the lads were a bit dispirited. And then over the hill came a banner and I’ve never seen in my life as many people following a banner. As far as the eye could see it was just a mass of people marching towards Saltley. Our lads were jumping in the air with emotion - fantastic situation. I started to chant ‘Close the Gates! Close the Gates!’ And it was taken up, just like a football crowd."

With no alternative, the Chief Constable of Birmingham ordered the gates of the depot closed. It was to be a turning point. By 14 February fuel supplies were so low that many industries were forced onto a three-day week. The Tory government took fright at the scale of the movement. Reginald Maudling, the Home Secretary, was later asked why he had not used troops to assist the police. In reply he said, "I remember asking them one single question: “If they had been sent in, should they have gone in with rifles loaded or unloaded?” Either course could have been disastrous."

This was the spirit of Saltley gate that the ruling class was determined to quell. (In the Cause of Labour, Rob Sewell)

The ruling class was terrified of the power of the miners, and of the working class as a whole. The Saltley Gate incident showed that they had lost control of the situation – because the miners had the active support of the entire working class. In 1974 the miners struck again. Heath called an election on the slogan, ‘Who runs the country?’ ‘Not you, matey,’ came the reply as Labour formed a minority government.

The ruling class did not forget this humiliation. After 1974 the Tories began to contemplate vengeance. As we reported they worked out a calculated plan (The Ridley Report) for the bosses to regain the initiative and settle accounts with an over-mighty working class.

Here is the gist of it:

So , as soon as Labour was turfed out in 1979, Thatcher and the Tories began a systematic confrontation with the labour movement. They started by introducing anti-trade union laws to strengthen their hand – making secondary picketing illegal and demanding a ballot before any industrial action. 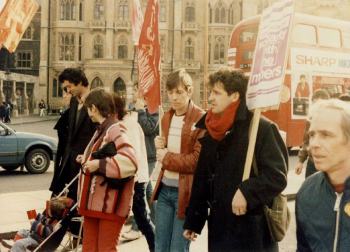 They appointed Ian MacGregor as head of the nationalised British Steel. He provoked a strike there and eventually massacred 80,000 jobs. Thatcher recognised him as the man! So she moved him to British Coal.  Scargill greeted his appointment with the words, “"The policies of this government are clear - to destroy the coal industry and the NUM." He was spot on. Arthur was ridiculed for the number of pits he predicted the government wanted to close. But the Tories’ intention was to destroy the coal industry if that was the only way to crush the NUM.

There were a few hiccups in their well-laid plans. In 1981 they threw down the gauntlet to the miners by announcing 50 pit closures. The miners responded by walking out all over the country. The Tories realised they were not ready and backed down.

Thatcher presented the ruling class case as the ineluctable logic of economic necessity. Nothing could be further from the truth. The bosses wasted millions of pounds of taxpayers’ money in building up stockpiles of coal for the sole purpose of smashing a union – the National Union of Mineworkers. They argued that the NCB was losing money. But the miners were hard at work digging coal. During the dispute left wing economist Andrew Glyn produced a pamphlet, ‘The economic case against pit closures,’ that showed that sacking the miners – so paying them dole to produce nothing – would prove far more costly. And so it proved.

And the strike was eventually triggered by the decision to close Cortonwood colliery in South Yorkshire, part of a closure package of 20 pits. After all, argued MacGregor, the pit was loss-making and hadn’t produced an ounce of coal in months. This was because the miners were cutting their way to a rich new seam. Macgregor, sat in London, had the mentality of an accountant, and was utterly ignorant of the problems of geology and the mining industry.

More accurately, he was hired to destroy the power of the NUM whatever it cost, not to get rid of ‘uneconomic pits.’ The closure announcement signified the Tories were ready to take on the working class.

In 1981 the NUM armed itself for the coming conflict by replacing the outgoing right winger Joe Gormley as President with the fiery Arthur Scargill with 70% of the vote. At the time of the strike the 3 person NUM Executive were all left wingers.

After his election Scargill strove for 3 ballots, two on pay and one on pit closures. In all 3 cases he did not get a big enough majority to get a strike. The experience left the NUM Executive ambivalent as to whether they could win a ballot. This had important implications for the conduct of the strike, which we shall explore in a subsequent article. Scargill was gearing up for another action on pay (which he saw as the great unifier) when the dispute broke out spontaneously over pit closures.

The mood among miners was overwhelmingly for action. The strike spread spontaneously. Flying pickets moved from region to region picketing out pit after pit. Secondary picketing was, of course, completely illegal under Tory laws. It was also stunningly effective.

By March 13th 1984 141 out of 171 mines had been picketed out. The majority of the rest were occupied by a handful of scabs who could not form an effective team to dig coal and spent their whole shift being paid to play cards. Only 11 pits were working normally.

To repeat the oily words of the Ridley Report, the state must “cut off the money supply to the strikers and make the union finance them". In plain English the plan was to starve the partners and children of the striking miners. Quite rightly, we do not deprive the children of convicted murderers of food and clothing, but the strikers were so much worse than that!

That was the plan. A magnificent movement of solidarity swept the country. Millions of pounds were raised on the high street and in workplace collections, shop stewards held votes in factories where workers pledged a portion of their earnings as a donation to the miners’ cause for the duration of the strike, soup kitchens were set up in mining areas and miners’ wives and partners groups sprang up all over the country to organise solidarity. And this was all spontaneous.

Not a word was spoken in favour of this movement by the heads of the Labour and trade union movement. The impetus came entirely from below.

The Tories flooded the mining areas with paramilitary police, who conducted riots against the local people. The Metropolitan Police showed a particularly thuggish disposition away from home. The full force of the state was mobilised against the miners. NUM headquarters harboured a spy. Phone tapping of leaders of the dispute was routine.  Anti-union laws were used against the NUM, which was effectively hounded out of legal existence and its funds sequestered by the capitalist courts.

But it wasn’t the institutionalised violence of the capitalist state that wore down the miners. It was the betrayal – no other word can be used – of their cause by the Labour and trade union leaders. MacGregor confided to his diary that in 1985 he was regularly meeting Norman Willis, General Secretary of the TUC, at his Belgrave flat where “I made the tea and poured the whisky.” As George Bernard Shaw says, “One side preaches class struggle; the other side practises it.”

We shall return to this question too. The defeat of the miners was a defeat for the whole working class. It set the movement back a long way. The lessons have to be learned. The past must never be repeated.