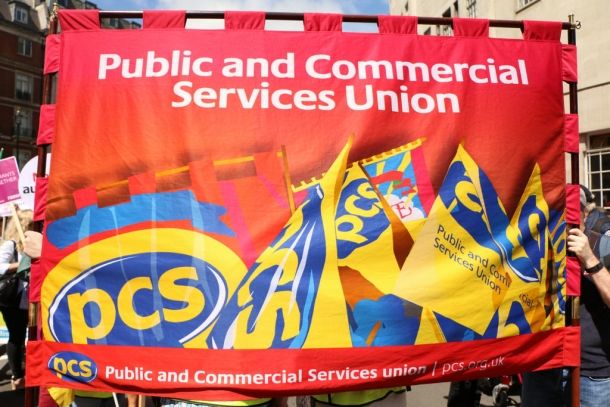 PCS, the British civil service union, has been in a constant rear-guard battle with governments for many years. Union members have experienced the brunt of austerity attacks, involving job losses, pay cuts and increased workloads.

PCS has also faced added difficulties, with cuts in facility time for union reps and the axing of the check-off system, which was an attempt to bankrupt the union. Only hard work from the union’s leaders and dedicated members prevented this from happening.

More recently, PCS launched a national pay campaign to scrap the scandalous pay cap. A national ballot over pay produced a historic vote in favour of industrial action. Unfortunately, due to the Tory government's draconian anti-union laws, the record turnout of 41 percent - the highest ever reached – did not achieve the 50 percent required threshold.

The vote was nevertheless a fantastic achievement and reflects the determination to fight. Although blocked on the legal front, the union is still determined to continue its fight and build upon this important result.

This is the backdrop to the upcoming election of the PCS assistant general secretary (AGS).

Left Unity, the union’s broad left, is currently in the process of selecting its candidate for this elected position. 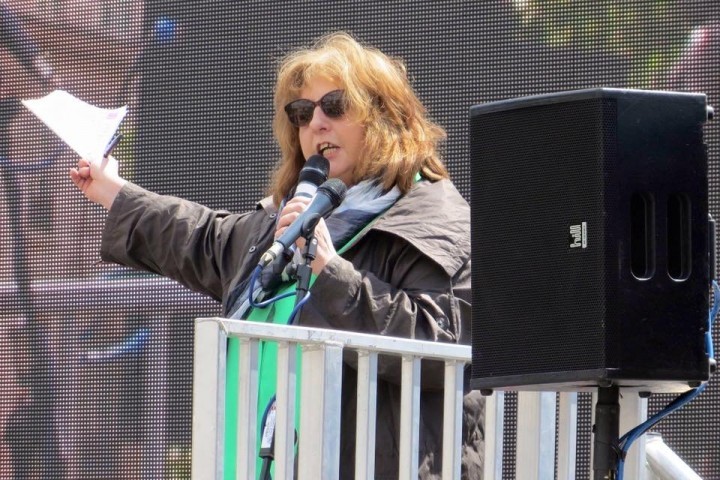 The present incumbent is Chris Baugh, who has held the position of AGS since 2004 and is officially backed by the Socialist Party.

Janice Godrich, the President of PCS, who is also a member of the Socialist Party, has thrown her hat into the ring and has also announced her intention to stand. Significantly, she has the support of Mark Serwotka, the left-wing general secretary of PCS, and other union members.

But what has caused this rift, with two candidates standing against each other?

At the time of the PCS conference in May, it came to light that bitter divisions existed within the PCS leadership, especially between Mark Serwotka and Chris Baugh. But it would be naïve to simply put this down to “personal differences”. 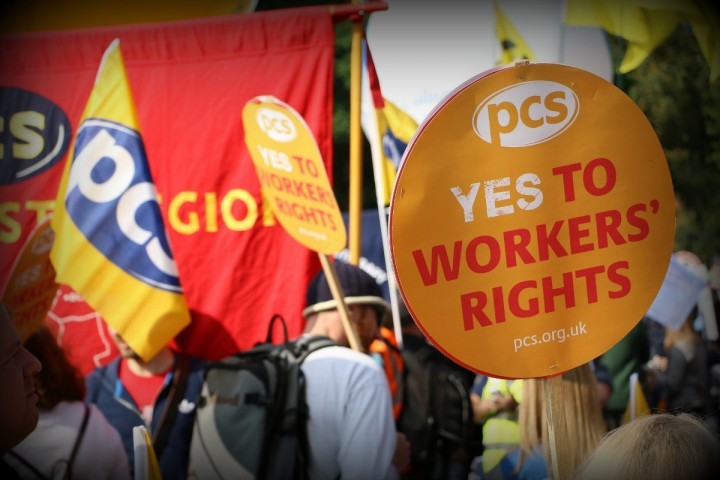 At the time of the PCS conference in May, it came to light that bitter divisions existed within the PCS leadership / Image: Satukis

Mark accused Chris, over a number of years, of attempting to undermine him and – more significantly – undermine the collectively agreed decisions of the NEC, which Chris had voted for and which the Socialist Party had supported.

Mark and Janice had become increasingly frustrated at what they regarded as Chris’s lack of confidence in members to struggle, with an over reliance on “doing deals”.

In particular, Chris was accused of manoeuvring against Mark when he was in hospital undergoing a heart transplant, attempting to have powers removed from him. Other senior union officials have also accused him of briefing against collective decisions.

Chris has denied these allegations and has hit back with allegations of “bureaucracy” – an accusation that has angered many left activists, both inside and outside PCS. They rightly consider PCS as one of the most democratic and activist-led unions in the country, where consultation with members has been a vital part of the union’s tradition.

Unfortunately, this state of affairs has led to a serious breakdown of trust at the very top of the union.

As Chris is a leading member of the Socialist Party, Mark even went to complain personally at different times to the Socialist Party’s general secretary about this unacceptable situation. But the problem was never resolved. Instead it got worse, to the point that it became unsustainable.

It was this fact that forced Janice - with the backing of Mark Serwotka and others - to decide to stand for the AGS position.

It must be said that comrades in the Socialist Party have played a key role over the years – ever since the early 1970s – in battling the right wing within the union. They have helped to maintain the union in the most difficult of circumstances and against all the odds. This is an enormous credit to them.

The fact that many of these comrades, some of whom have given decades to the trade union movement, have now decided to back Janice Godrich means that something is fundamentally wrong. 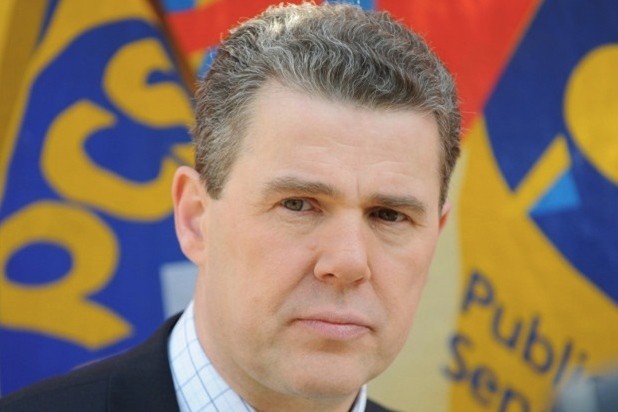 The decision to attack Janice has lost them a lot of credibility on the left of the trade union movement.

Since her decision to stand, Janice has attracted widespread support, including a significant number from the PCS national committee. She is also supported by vice-presidents Kevin McHugh and Fran Heathcote, as well as virtually all the left political groups in Left Unity, and a great number of key independents.

Most significant is the full support she has from Mark Serwotka, with whom she has worked closely.

PCS conference voted to conduct a consultation about how best to help achieve a Corbyn-led Labour government. As a result, the policy adopted by PCS at the recent national conference was to support Corbyn and the victory of a Labour government. Socialist Party comrades voted in favour of this very progressive policy. 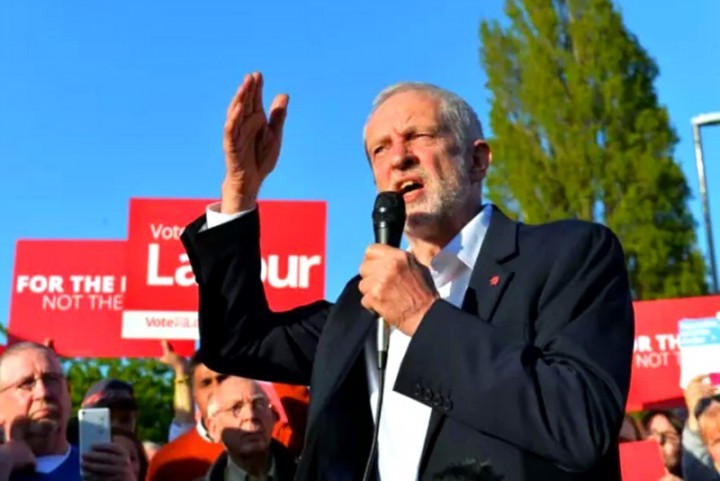 According to the Socialist Party leaders, the Labour Party under Corbyn, the most left-wing Labour leader in history, with a 540,000 membership, is not a working class party! / Image: Socialist Appeal

The problem is the Socialist Party leaders have boxed themselves into a corner. They are trying to justify an old position when the situation has completely changed.

But to do so they are forced to dress it up as something else. They have invented a “two Labour Parties” theory, to justify their contradictory position. The Labour Party, you see, is made up of Corbyn’s side, as well as that of the Blairites

But in reality there have always been two Labour Parties: the rank-and-file and the right-wing, pro-capitalist leadership. Was this not the case under Wilson and Callaghan, when they led the Labour Party?

Any yet, according to the Socialist Party leaders, the Labour Party under Corbyn, the most left-wing Labour leader in history, with a 540,000 membership, is not a working class party!

Now, however, the Socialist Party leaders are attempting to muddy the waters over the union’s pro-Corbyn policy, accusing Mark Serwotka of supporting Blairite Labour MPs and adding that he is pushing Labour affiliation, which is not true. They are busy inventing phony “differences” in order to discredit him.

It is this dishonest method that lies behind the tensions at the top of the union.

In relation to Chris Baugh, no one can deny his commitment over the years. However, it has to be admitted that the only time he went head to head with a right-winger for AGS he only just scraped in. He has faced no challenger in his other elections. 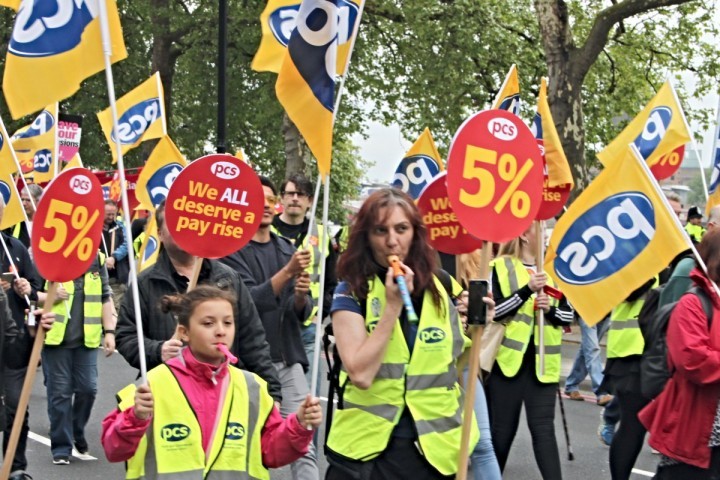 We believe that the election of Janice for AGS would be extremely beneficial for the union and its members in the battles that lie ahead / Image: Socialist Appeal

Janice would be a very strong candidate and far better placed to win against any right-wing challenge. She has been elected 17 times consecutively as the President of PCS.

A new grouping around the Socialist View website has therefore been established to promote her candidature. She is in with a very good chance of winning the Left Unity nomination.

Janice is a committed socialist. She has demonstrated her commitment to the union and the wider labour movement. She has also personally endorsed the campaign to restore Clause 4, the Labour Party's original commitment to socialism. If elected, she has committed herself to take only a workers' wage, something which Chris Baugh has unfortunately refused to do.

In reality, Janice's candidature is more a Godrich-Serwotka ticket.

We believe that the election of Janice for AGS would be extremely beneficial for the union and its members in the battles that lie ahead. That is why we are urging PCS members to support her nomination.