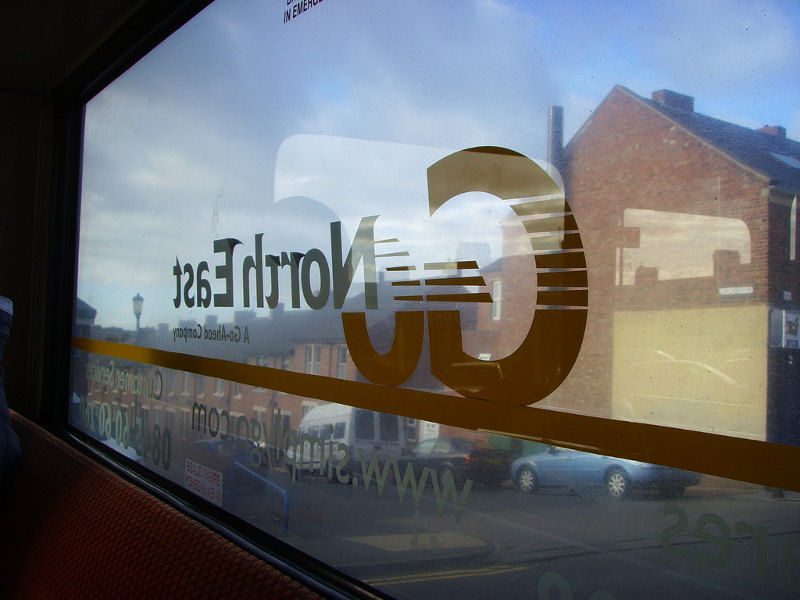 While the leaders and lieutenants of capital continue their assault on the pay, conditions and jobs of workers everywhere, strikes have broken out sporadically across the UK, including in transport. As was the case with the bus drivers of Essex and Greater Manchester, in August the workers of GoNortheast in Washington in the North-East of England also walked out of pay talks after rejecting a pitiful offer of just 2% over 18 months.

(Since this report was written drivers at Doncaster and Rotherham have been offered a 3% rise and are holding back on action. Bus drivers in Sheffield are however taking part in a two day strike over the bus company’s attitude to grievance proceedures. The same company – First – has also faced a one-day in Manchester over a zero-rated pay offer, with more action planned for November.)

As the bourgeois economists continue their talk of economic recovery, the harsh reality of unemployment and the £60 “something for nothing” benefit payments, which riles the Tories so, continues to bite down hard for millions across the UK. Of course what Cameron doesn’t talk too much about to us commoners is he being a 7th generation descendant of William IV, the Sailor King; or his wife Sarah’s being both stepdaughter to a Viscount and directly descended from Nell Gwyn – mistress to Charles II. Nor of the Times Rich List valuing the Cameron’s personal wealth at £30 million. Cheap words from wealthy people who never have to live on dole money. While the leaders and lieutenants of capital continue their assault on the pay, conditions and jobs of workers everywhere, strikes have broken out sporadically across the UK, including in transport. As was the case with the bus drivers of Essex and Greater Manchester, in August the workers of GoNortheast in Washington in the North-East of England also walked out of pay talks after rejecting a pitiful offer of just 2% over 18 months. Unite spokesman, Graham Eastwood, pointed out that the drivers, who are on a 50p per hour lower rate of pay than other GoNortheast drivers, wanted only fairness and equity; especially given the healthy profits made by the bus company – profits in the millions.

GoNortheast is the largest single bus company in the North East and effectively monopolises all bus routes through Washington and also has a stranglehold on many routes through Sunderland and Newcastle. Given the generally lower level of income and that only half of all households own a car (compared to two-thirds nationwide), many in Sunderland and Washington rely on public transport. As a result, 400 bus drivers not at work brought Washington to a near dead stop. The GoNortheast bosses now protest about the need to keep passenger fares as the excuse for not paying more, a concern which had eluded them for the past couple of years when they were pushing fares up as much as they dare. Of course, given their effective monopoly, passengers reliant on buses have no choice but to pay GoNortheast for the wonders of what is referred to as ‘market competition’. What’s more, with the imminent privatisation of the Metro rail network (a service which can only be properly run as monopoly outside of public hands and is another vital link between Sunderland and Newcastle) further fare increases can be expected anyway.

On a positive note, as the operator still needs the drivers, the workers can afford to press the matter in a way that we can expect to see repeated in other industries when/if a recovery takes place. While militant action on this issue can be viewed positively, a better barometer of the situation is the Nissan Factory and surrounding complex of parts manufacturers. In January Nissan announced that it would be cutting the jobs of 1,200 of their temp workers (out of a peak workforce of 5,000), who have already been fighting to be made permanent, better job security etc. In contrast to the bus drivers, the Nissan complex employs a lot of people from both Sunderland and Washington and is in fact the single largest private employer in the area. Future action here would indicate a key step forward and will affect large swathes of the community. Further bad news comes in the shape of Rolls Royce, who are planning cuts at the engine parts plant in Pallion, on the banks of the Wear. According to the Sunderland Echo workers at Rolls-Royce were meeting to discuss the bosses’ plans to cut the workforce from 400 to 250, with some workers facing pay cuts. We should note at this point that manufacturing makes up 16% of employment in Sunderland and are frequently the lowest paid jobs – and it seems not unreasonable to expect similar cuts in the near future across the North East as the recession continues.

The biggest employer, however, is government – national and local - which accounts for nearly 30% of employment in Sunderland as well as large parts of Newcastle. With both New Labour and Tories planning massive public spending cuts and the continuing recession, this is not good news for two of the largest areas of employment in a region which is only just recovering from years of debilitating, long-term unemployment after the closure of both mines and shipbuilding within a short space of time. No-one here wants to return to that. While it is true that it is important that the bus drivers are taking militant action, the big fight in the North-East will come on two fronts – public sector and manufacturing; and the government has already begun positioning it’s forces against the public service, looking to hack-back at redundancy payments for public sector workers in preparation for mass lay-offs in the new year Keep an eye on the workers of Nissan and the Civil Service – when they move, the North-East moves.