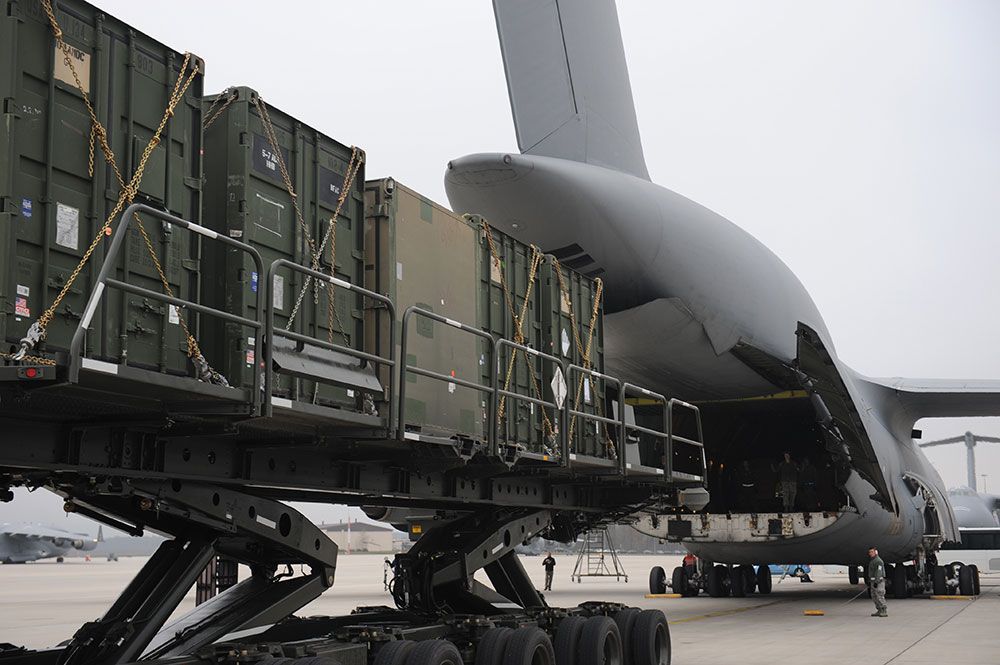 David Cameron is once again banging the war drum for intervention in Syria. Having been defeated on the issue in 2013, Cameron is now cynically using the horrific attacks in Paris to attempt to whip up support for military action, attempting to capitalise on the understandable outrage of millions against the barbaric ISIS.

At the same time, the Tories and right-wing Labour MPs have wasted no time in fiercely attacking Corbyn for his refusal to back intervention. This is yet another link in the chain being prepared by the Blairites with which to strangle Corbyn. As Marxists we must remain firm in campaigning against imperialist intervention, and point out that socialist internationalism is the only way forward.

Previously, the US and British imperialists, like a bull in a china shop, with Bush and Blair leading the charge, invaded Iraq in order to carve up Iraq and establish their influence over the Middle East. Having suffered a drawn out and bruising defeat, they had to retreat with their tails between their legs. Following the Arab revolutions of 2011, which degenerated into a sectarian civil war in Syria due to the intervention of the various imperialist powers by proxy, US imperialism - and its reliable British ally - intervened in Syria to re-assert their dominance in the region and prevent the Arab Spring from spreading any further to overthrow other local allies, such as the authoritarian Saudi regime.

However, having seen the catastrophe of the wars in Afghanistan and Iraq, the workers and youth in Britain are weary of any further intervention in the region. Hence the failure of Cameron to get parliamentary support for bombing Syria in 2013.

The recent terrorist attacks on Paris and Beirut are thus a gift to the imperialists across Europe, including Britain. The images of chaos and blood flowing through the streets understandably create feelings of outrage against the reactionary ISIS fundamentalists. The sentiment is that “something must be done – this cannot continue!”

David Cameron thus addressed Parliament, saying that Britain needs to intervene in Syria against ISIS. He raised the spectre of a “direct and growing” threat to the UK from ISIS, following the Paris attacks. He is therefore cynically attempting to capitalise on the mood of outrage against ISIS in order to whip up support for intervention.

In response, Jeremy Corbyn told the House of Commons that he did not believe “bombs and missiles” would transform the situation in Syria. Corbyn correctly questioned why ISIS had emerged in Iraq and Syria, pointing to the role Britain played in Iraq in destabilising the entire area. The Labour leader said that bombing Syria might cause “yet more conflict, more mayhem, and more loss”. We agree, but would add that this definitely would cause more conflict, mayhem, and loss of life. The recent experiences in Libya, which had descended into a tribal sectarian bloodbath following the French bombing campaign (again, supposedly on "humanitarian" grounds) and removal of Gaddafi, is an obvious case in point.

Immediately, Blairite MP Ian Austen showed his colours, declaring “I agree with everything the Prime Minister said about Syria and terrorism”. Other right-wing Labour MPs, such as Chris Leslie, Emma Reynolds, and Pat McFadden, lined up to give their support to Cameron, and directly called on him to attack Corbyn. As noted by a “long time Labour staffer”, the coordinated attack was “totally unprecedented in the history of the party”. The right wing see this as another opportunity to discredit Corbyn and publically undermine him, whilst at the same time proving to the ruling class that they are “responsible” MPs, willing to do the bidding of the imperialists

Corbyn therefore indicated that he would impose a three-line whip on Labour MPs to reject any motion that calls for bombing in Syria. However, Corbyn is facing a significant rebellion, with an estimated 50-60 MPs (or more) expected to rebel on the issue. Despite Corbyn being elected as leader on an anti-war platform, these Blairite MPs are desperate to undermine him and the democratic will of the membership. This is another example of the need for re-selection of these MPs, in order that they can be replaced by those willing to represent the actual views of their members.

War: "the continuation of politics by other means"

In response to the right-wing attacks, Corbyn stated that:

Corbyn is correct to point out the links between imperialist intervention in the region, and the rise of ISIS. This includes not only British, US, and French imperialism, but also the attempts by Saudi Arabia and Turkey - so-called allies of Western imperialism - and others to assert their influence in the area, by funding and facilitating ISIS. For this, the ruling class cannot forgive him.

However, Corbyn should be more explicit in his criticism of the Tories and those Labour MPs who want to drop more bombs. So far, Corbyn has correctly pointed out that more bombs will inevitably cause more civilian deaths, and drive more people into the hands of ISIS. He is also correct to point out the support that ISIS has been given, both directly and indirectly, by many of the imperialist powers. However, Corbyn has not joined the dots and explained why the imperialists are keen to intervene in the area. To do so would require explaining things on a class basis.

We must be clear that foreign policy is always an extension of domestic policy. It is naive, therefore, to expect that a capitalist government - such as the Tories in Britain - would have any interest in helping the Syrian and Iraqi workers and poor in their struggle against ISIS, when they are at the same time attacking their own working class at home.

As noted by Prussian military strategist Clauswitz, and often repeated by Lenin, “war is the continuation of politics by other means”. It is therefore not for humanitarian reasons that Cameron and co. are keen to bomb ISIS, but for their own economic and political interests - to gain access to markets and raw materials, and to maintain their sphere of influence in the region. This is what is at the heart of Cameron’s desire to intervene in Syria.

Negotiations between the imperialists?

Furthermore, Corbyn is unfortunately mistaken if he thinks that the situation in the Middle East could be resolved by negotiations between the imperialist powers. Corbyn told Sky News:

“In the long run there has to be a much wider political settlement in the whole region and in the Middle East, otherwise we’re going to get more of this as time goes on. At the end of the day, all wars have to end by a political discussion and political solution to it."

“I think far more hopeful are the talks that took place in Vienna over the weekend, including Russia, the United States, European Union and of course the neighbouring countries. I think the solution actually lies in creating some kind of acceptable government in Syria that can in turn then hopefully deal with the problem with Isis, or Isil.”

To think that Russia, the USA, the EU, Turkey, Saudi Arabia, and Qatar could all come to an agreement that will benefit the interests of the Syrian and Iraqi working class and poor, is to ignore the fact that all of these countries have their own competing imperialist interests in the area.

At the same time, we must not place any faith in institutions like the United Nations to resolve the conflicts in Syria and Iraq. As seen during the 2003 invasion of Iraq, the UN is only a convenient mask for the designs of US imperialism - a mask that will simply be descarded when it suits the Western imperialists. All the international laws and treaties are not worth the paper they are written on as far as the imperialists are concerned; they exist not to protect the smaller, most oppressed nations, but to protect the interests of the major imperialist powers. As the ancient philosopher Anacharsis noted, such international laws are like a spider's web: only the weak get trapped, whilst the strong merely tear them apart.

For a second Arab revolution!

The only force that can cut across this mess and put an end to the barbarism of ISIS and imperialism is a revolutionary movement of the working class, the youth and the poor across the Middle East. This is far from being a utopian idea, considering that we have already witnessed mass movements of the working class in every country in the region over the past five years. The situation in countries like Turkey, Iran, and Egypt, where the working class is strongest, is already explosive. A re-ignition of the Arab Spring would quickly cut across national frontiers.

Just as Cameron is cynically twisting the desire of people to “do something” to further British imperialism's interests in the Middle East, so too Corbyn should also be harnessing this mood, but for opposite class interests: in order to build a movement for international socialism.

People are sick of endless conflict, unemployment, terrible housing, and indeed, the threat of terrorism. Corbyn must link all these issues together, to explain that none of these things can be solved, unless economic and political power is taken out of the hands of the 1%.

Of course we condemn the brutal attacks in Paris and Beirut, and elsewhere. But to condemn these attacks is not enough. In order to prevent future terrorist attrocities, we must be able to explain why they occur. By identifying imperialism as the root cause of the mayhem in the Middle East and elsewhere, the only conclusion that can be drawn is that we must overthrow capitalism, in order to put an end to this madness and barbarism. Unless capitalism is overthrown, the imperialists will continue to destabilise the world in their search for greater and greater profits.

In the face of terrorist attacks by groups such as ISIS, it can appear that we are powerless to do anything to change things. As individuals, this is true. But by understanding the underlying causes that lead to these symptoms, it becomes clear that we need a collective response – a mass movement of the working class in Britain and internationally.

Such a movement is being prepared in one country after another, not by Marxist agitators, but by the horrors of capitalism itself. What is needed is to focus this movement around a clear revolutionary socialist programme to change society. We encourage all who agree to join us in this fight.