Despite comments on a tentative recovery with improvements in the housing market and banking profits booming once more, there is no doubt that there has been no recovery for the vast majority. Government debt stands at £1.2 trillion; many cuts are still to be made; poverty continues to grow – last year real income fell by 3% and government studies have shown that 52% of people in Britain struggle to pay their bills. 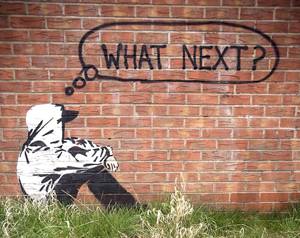 The working class has been forced to shoulder a crisis they did not create. The only objective of the ruling class, represented in the Tory led coalition, is to uphold capitalism and retain the wealth they have amassed from the grinding exploitation of workers over the past decades. The government will continue to implement cuts whilst bankers and CEOs will continue to take home millions in bonuses.

The crisis has particularly impacted on young people: we are the first generation in decades that will be poorer than our parents; we face increasingly narrowed access to higher education and a job market that has left over 20% - i.e. 1 in 5 - of those under 25 unemployed.

Higher education during the boom years

In tackling this question we must consider the future that our generation were promised. New Labour came to power in 1997 under the banner of “education, education, education” and this mantra was played out in schools with a push towards as many pupils as possible entering into higher education (HE). Of course this led to many positive outcomes as scores of young people were able to be the first in their family to experience a university education and gain a degree. However, there were also more cynical aspects to the policy, with young people encouraged to enter further/higher education rather than go straight into the job market, thus producing lower unemployment figures.

As is the norm with capitalism, this was an ill thought out policy, as even during the boom years the job market was then unable to accommodate the number of well educated, young jobseekers: in 2003, 13% of recent graduates were unemployed and of the 87% in employment, nearly 30% were in low skilled jobs.

Of course this contradiction has only been compounded by the recession: in 2010 over 20% of graduates were unemployed and over one-third of those working were in low skilled jobs. When one considers that many of these graduates spent their school years being told that a degree was a passport to a fruitful and enjoyable career, these figures become even more alarming.

Capitalism is only interested in producing profits and thus there is not enough room within the system to allow for the utilisation of skills that thousands of students have learnt at university. Under socialism, a planned economy would allow for a rational distribution where education and skills would be used so as to gain improvements and advancements for society rather than profit.

Higher education in the era of recession

The introduction of tuition fees of up to £9,000 per year at universities in England, Wales and Northern Ireland (and subsequently for non-Scottish students in Scotland) combined with the cutting of EMA in England led to a series of radical student protests during the winter of 2010. This reaction came from thousands of students who recognised that these new measures meant that entering higher education would become a huge sacrifice for all but the privileged minority.

The tripling of fees came at a time when Britain, like now, was in the midst of an unprecedented recession; youth unemployment was on the rise and - even more so than before - education was seen as one of few roads out of immediate unemployment, with a degree offering the possibility of gaining a good job after graduation. The cutting of EMA also made the cost of post-16 education a new concern for the poorest children in Britain.

These measures signalled the end of any appearance of education being the root out of poverty, with the most disadvantaged now turned away by financial worries. The Tory-led coalition is clearly signalling a return to the idea that education is a luxury only available to those who can afford to pay for it.

The cuts to EMA and the increase in fees must also be viewed as a part of the ruling class’s response to the financial crisis. They are only interested in ensuring the capitalist system remains in place; this means that workers and their families must pay for the government debts, which were amassed in bank bailouts, through cuts and austerity.

Students starting university this year are the second cohort to experience the new fees. Figures from last year, the first year where students would be paying £9000 tuition fees, show the impact of increased fees – applications fell by nearly 9% compared to 2011. In England applications were down by 10%, compared to a 2.2% fall in Scotland (where Scottish domiciled students do not have to pay tuition fees at Scottish universities), though the number of Scottish students applying to English universities fell by 16%.

The decline in applications according to subject is also interesting; the biggest fall was seen in applications for non-European languages, at nearly 21%, with combined arts and creative arts and design experiencing declines of 16.7% and 16.4% respectively. The only increase in a named subject group was seen in medicine-related subjects, at 0.3%, and the smallest falls were seen in physical sciences (0.9%) and engineering (2%).

The statistics appear to be suggesting that students who made the decision to take on the debt of higher education were electing for subject choices that are thought to have a higher degree of employability. Here we are seeing applicants being forced into an economic mindset rather than following their own interests, with degrees being viewed as an addition to the CV rather than as an opportunity for intellectual exploration. With economists predicting austerity to continue up to and beyond 2020 many students’ sacrifices are likely to be in vain.

Situation for youth across Britain and Europe

Countries across Europe are experiencing massive increases in youth unemployment, with statistics standing at 65% in Greece, 56% in Spain, 43% in Portugal and 41% in Italy; across the EU the rate of unemployment amongst 15-24 year olds is 24%. The state of British capitalism has been, and will continue to be, affected by the downturn amongst the eurozone countries, due to the debt being held in British banks and countries within the EU being our main trading partners.

The unplanned nature of capitalism and greed of the ruling classes means that working people, students and the unemployed are being forced to pay for a crisis they did not create, as services are being cut and opportunities for employment are declining. Meanwhile the millionaires of the cabinet, bankers and CEOs are unaffected and continue to enjoy their privileges.

Even amongst young people who have been able to enter into higher education there are many doubts about our futures post-graduation. For young people leaving school aged 16-17 the situation is even more bleak; their level of unemployment stands at 40%, which is only compounded by the fact that Job Seeker’s Allowance is unavailable to under 18s. These conditions, where young people are seeing opportunities continually being closed off to them, are the backdrop to events such as the riots of 2011.

Capitalism is an irrational system that is incapable of providing a future for the majority of young people, as resources are simply exploited in order to provide extreme wealth for a select few. This in turn leads to crisis as the mass of low-paid workers cannot afford to buy the products created by capitalism. Only under socialism where the needs of society as a whole are catered for through a planned economy can we provide hope and opportunities for the masses of children and young people.